Home / Blog / Why is growth so slow and erratic this season?
< Back to Blog

It has been a formidable start to the growing season with the weather lurching from one extreme to another. We started off with an incredibly wet winter, then we had a dry warm March and April to get growth going before its time, followed by a sharp frost in mid-May during a prolonged period of drought which was then topped off by unseasonal heavy gale force winds that are usually confined to the winter. Climate change is happening right in front of our eyes……

Out of all these events, the late frost was the most significant. You can compensate with hand watering in periods of drought but there isn’t a lot you can do when you get a late and widespread frost. We have had reports from customers in Yorkshire saying their Hosta’s were burnt right back to nothing, from Oxfordshire reporting -4c which fried off all the new foliage of trees newly planted and established, from Rutland where Ash and Walnut were severely set back and of course at Barcham where we suffered tip burn off on our young field crops. Genus particularly prone to frost damage include Ash, Oak, Walnut, Sweet Chestnut, Mulberry, and Pyrus to name but a few. Ornamental genus like Paulownia, Catalpa, Cercidyphllum, Magnolia, Pterocarya and Davidia also take a blasting.

However, this is all part of nature’s cycle. About 10 years ago we had -6c in May that even turned the wheat black in the neighboring fields. But don’t despair! Although the season’s growth is never as good after a late frost the trees do recover by mid-summer to look decent again. New leaders are grown and new flushes of growth overtake the blackened legacy of May. To compound the damage we only had 4mm of rainfall in May instead of our average 50mm and this trend traversed a lot of the country. Without supplementing the lack of rainfall at this critical time for growth, new leaves are often small and new flushes are slow to come.

The gale force winds last week damaged new flushed leaves with genus like Carpinus (Hornbeam) particularly affected. We have just had some very welcome rain and we are now all looking forward to three months of stability so the trees can finally get growing without interruption! 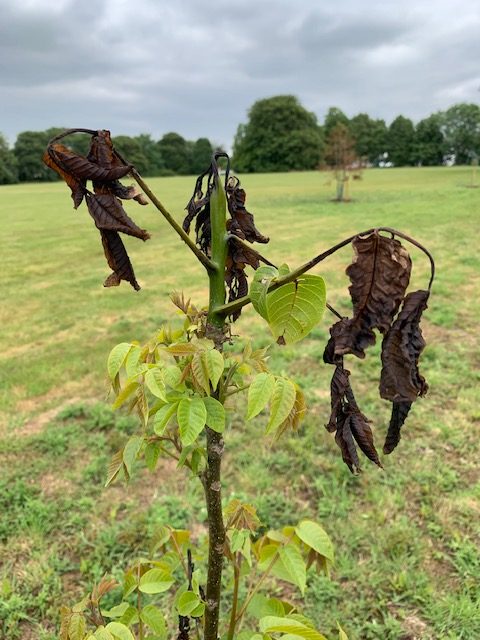 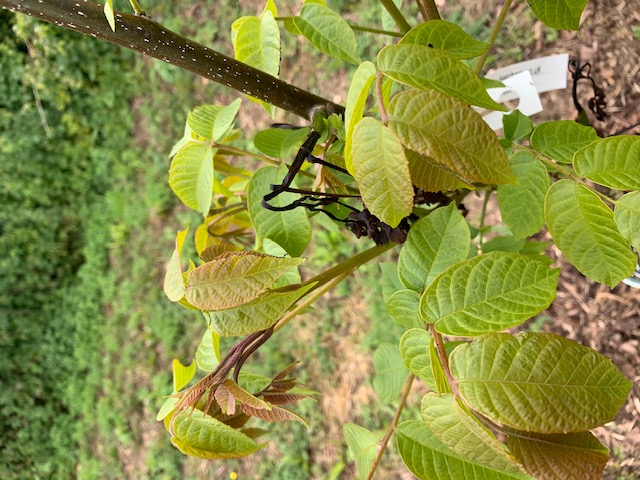 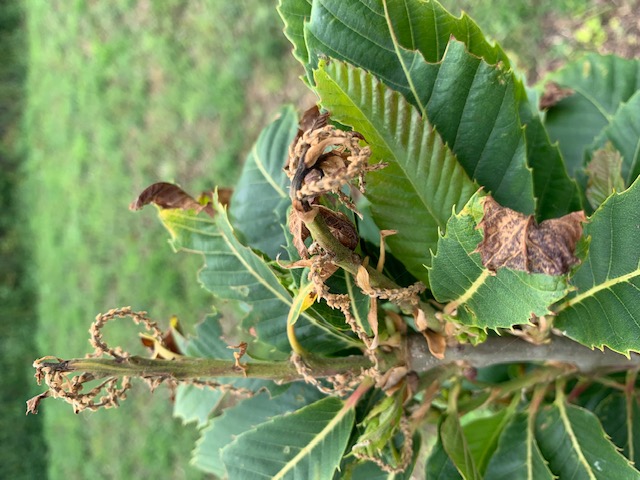