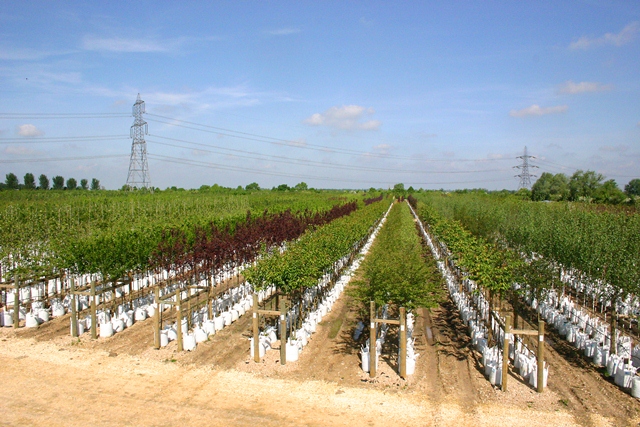 Our spring outing this year was to Cambridgeshire, to one of the country’s leading nurseries, Barcham Trees, where we were welcomed, shown round and fed courtesy of the Managing Director, Mike Glover.

It is always good to see excellence in practice in whatever field of activity and Barcham Trees demonstrate how modern tree production and marketing are done on a large scale. 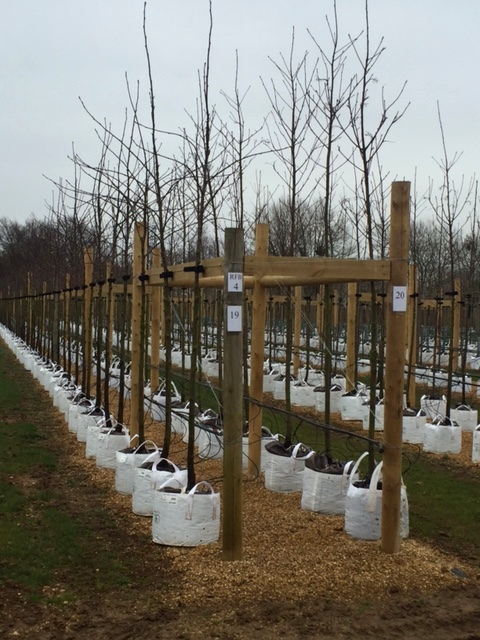 On the production side, the correct sourcing of tree seeds or young trees for growing on was vital, many years being required in many cases for the trees to become ready for sale. Some specialized lines were bought in. The trees might be field grown for a few years but they were all ultimately sold in pots and the whole area which we viewed was a field of container grown trees, supported on a strong system of posts and wires (it can be very windy out there). Each tree was individually numbered. Mike had developed the practice of growing trees in white pots over many years, which had been shown to produce much better root systems for transplanting. He was now selling these pots (actually soft material with handles) far and wide to other growers. Because he was using a soilless compost, largely for reasons of weight, he had to ensure correct watering and nutrition for optimum growth. So as well as a watering system connected to each tree he supplied a liquid feed which changed according to the season: higher in nitrogen in the spring, reducing as the summer wore on. 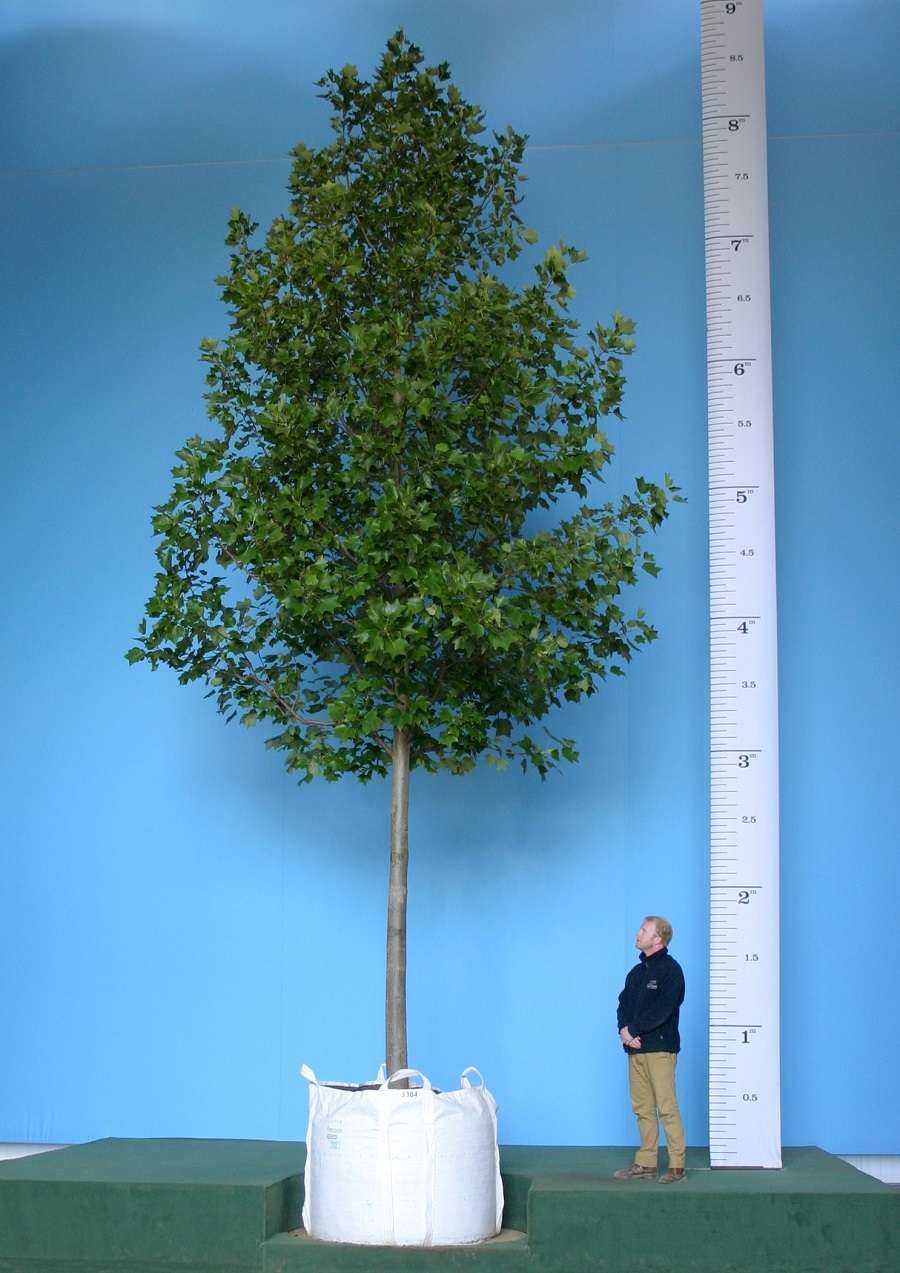 On the marketing side the nursery capitalized on the ever-increasing modern trend for specimen tree planting in the public, commercial and private spheres. To this Mike had added the power of the internet to develop the business. For example, a number of trees suitable for gardens (about 3000) were selected and taken individually into a tall purpose-built barn to be filmed. The video could be viewed online so that a customer could order a specific tree, as if they had been touring the nursery. In practice, to judge by the very consistent and even quality of trees in the field, this refinement was not necessary for the majority of large buyers, but the use of such clever technology was impressive. Mike had also introduced another familiar symbol of modern marketing, the sell-by date. In order to reassure customers that his trees had not been growing in the same pot for years and years he shredded all trees in their final pots which had not sold by the end of their ‘shelf-life’, typically two years after potting up.

After our tour of the nursery we enjoyed Barcham’s full hospitality and were given copies of ‘Time for Trees’ edition 2, which will no doubt become the tree ‘bibles’ of our garden sheds and offices. Thanks go to Simon for setting up the visit and especially to Mike Glover for receiving us so openly and generously.

Several of us took the opportunity to visit the other main attraction in the area, Ely Cathedral, before heading back to Oxford.