Home / Blog / Is tree diversity important?
< Back to Blog 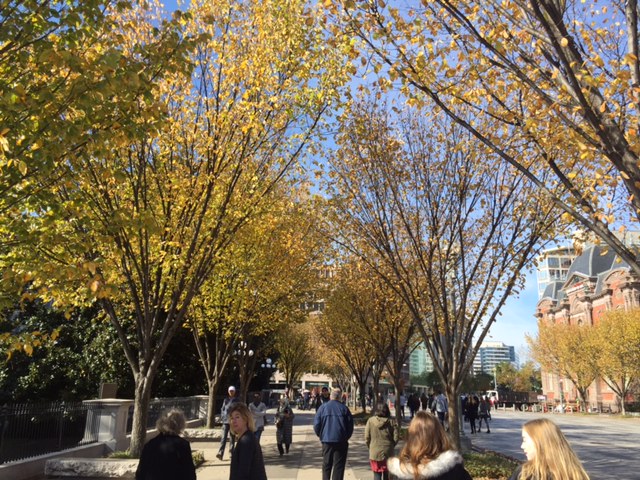 We are tuned in to symmetry and uniformity for tree line avenues but latest thought suggests this perception would be a good one to break.

I recently took a trip out to Washington and saw there were ranks upon ranks of Elm (Ulmus) planted outside the White House. They looked great and so pleasing to the eye but being all the same means that the genus could be open to a pest or disease problem, in that if one gets infected they will all quickly suffer the same fate. To emphasize this I also saw canker symptoms on about one in thirty of them which is alarming… 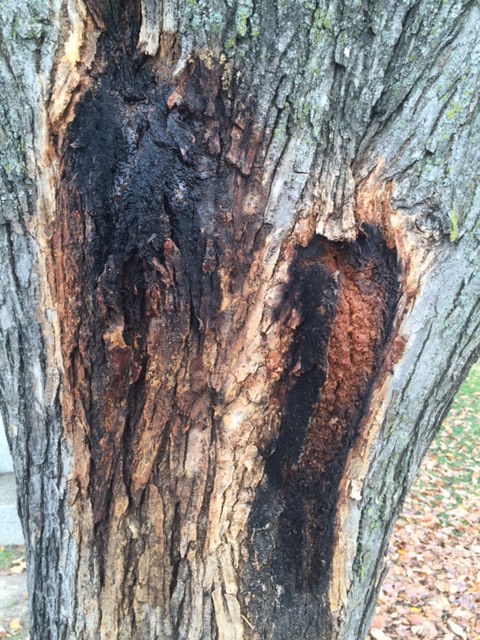 Put it this way, I would be very surprised to see the same treescape outside the White House if I go back in 20 years!

Good examples of this have also been seen in the Larch (Larix) plantations in the West Country where thousands of trees have succumbed to Phytophthora ramorum, misleadingly commonly known as Sudden Oak Death. If this disease could express itself it must have been ecstatic when it arrived seeing that it could then predate on a huge number of potential host with no break crop to slow its progress from tree to tree. By mixing the tree population with many different genus you safeguard against one pest or disease wiping through the whole lot years down the line.

Similarly, I have been called out to see several Horse Chestnut avenues (Aesculus) that have been savaged by bleeding canker. With so many new pests and diseases coming into the country via European nurseries it is essential to mix it up. Depending on soil type and aspect I suggest replacing diseased avenues of Chestnuts with a mix of Oak (Quercus robur), Hornbeam (Carpinus betulus) and Lime (Tilia cordata Greenspire) to safeguard against any future calamity that concentrates on a single genus.

In America they thought they had learned their lesson after the Dutch Elm Disease outbreak in the 1960s which savaged their urban tree numbers. Now they have a problem with boring insects that have come across from China and they realise that over 70% of their urban trees are in the Acer genus which is very susceptible to this pest. Disaster, all over again! If you could make sure that what genus you plant accounts for a low percentage of the whole tree population you have insured yourself against problems for the next generation.

I have toured many tree nurseries and I always remember one I visited about 15 years ago in Florida that just grew a single genus of Oak, Quercus virginiana and its cultivars. I thought then this was a dangerous case of ‘eggs all in one basket’. As a tree grower I would now have sleepless nights if I was in this situation! At Barcham we grow 78 different genus across over 450 cultivars across as total of 120,000 large instant impact containerized trees. This is a range I feel more comfortable with!