Home / Blog / Why do my evergreens look sad in Spring?
< Back to Blog

The last time evergreens produced new leaves was in July so they have had to endure 9 months of wind, rain, hail, snow and drier than normal conditions over that period. A leaf is a transitory thing, the workhorse of a plant which converts sunlight into food and as it gets battered by the elements over time it loses its efficiency. The plant will look to jettison old i preference for new efficient ones and this happens between April and June depending on variety and weather conditions. If new vulnerable leaves are produced too early they can be hit by a late frost before they have had a chance to harden. If they are produced later than June the plant is missing out on improved light levels to nourish itself after its dormant season.

So this time of year your evergreens will be at their loebb. Nothing to worry about! It’s just the transitional stage between old and new. This is often more noticeable in younger plants than mature ones as there are less to start with in smaller plants.

The best time to prune an evergreen tree is in the spring, just before the new leaves emerge. This takes the hormone away from the outmost reaches of the canopy and redistributes it lower down making the resultant growth very bushy, ideal for screening. Ligustrum Japonicum reacts realls. We have just started our routine spring prune of Ligustrum japonicum and Ligustrum lucidum Superbum. If we leave them to their own devices they jettison their old leaves just before they bud up with new ones to take over. However, as the crown matures the outer edge of the plant is always denser as this is where the leaves are going to harvest the most sunlight. There is no point for a tree to produce leaves that will be shaded out by others. By pruning the crowns more light is able to get into the canopy and the bushier the tree becomes.

So the term ‘evergreen’ can be misleading, especially if applied to broad leaf evergreens. There is a transitional time when they benefit from a trim and when they are at their lowest ebb for foliage. Nothing to worry about, just nature’s cycle! If you order Tree Ligustrum this time of year (April / May) please expect them to be pruned and ready for action! They can be a bit alarming to see at first glance but this is the correct cultural way to process this plant to give you a great screening and privacy option above fence height. 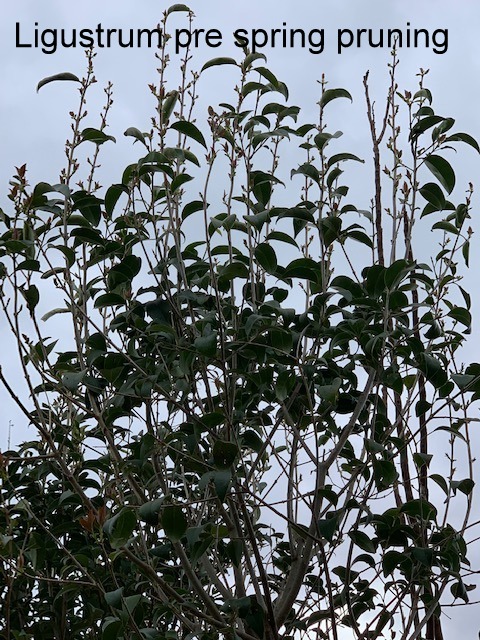 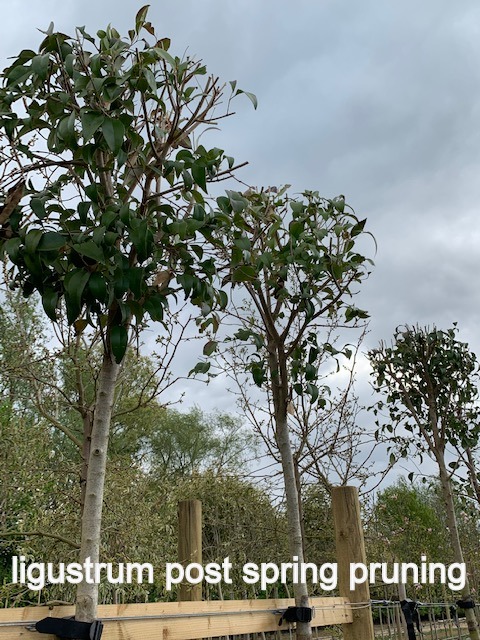