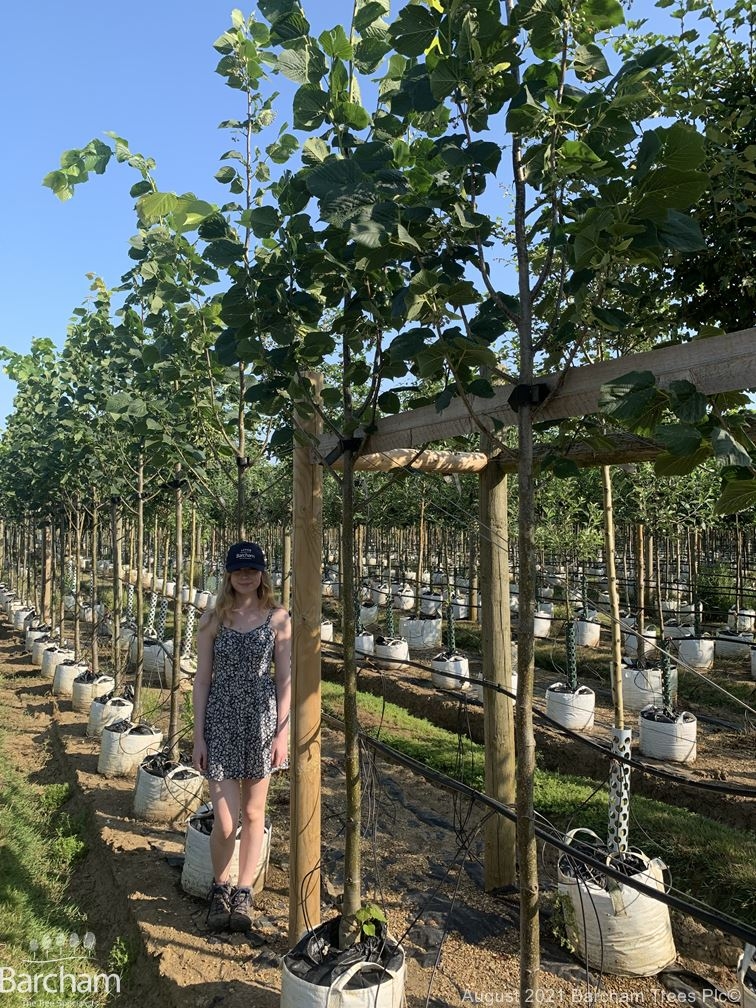 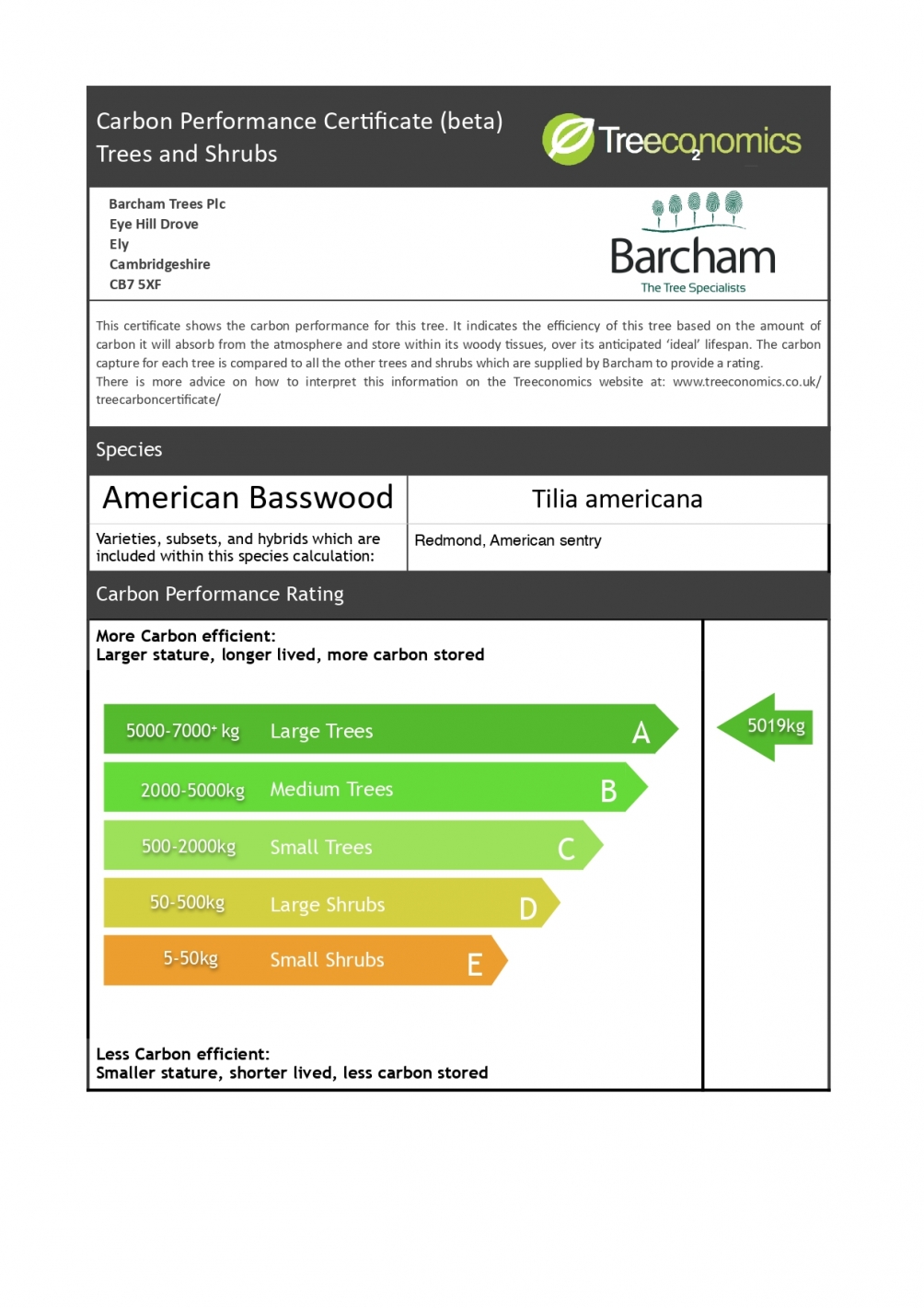 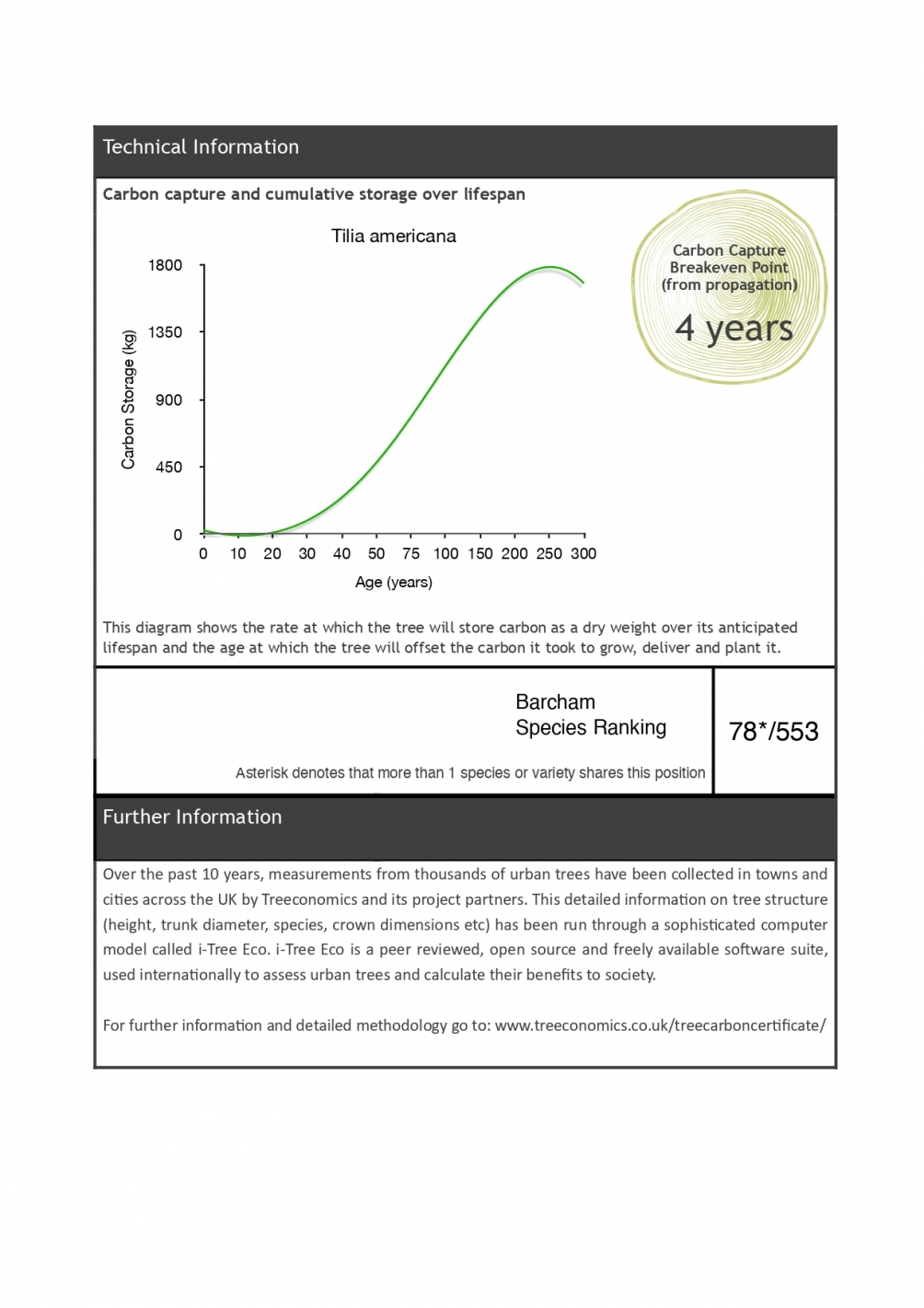 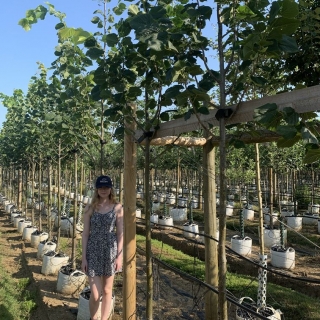 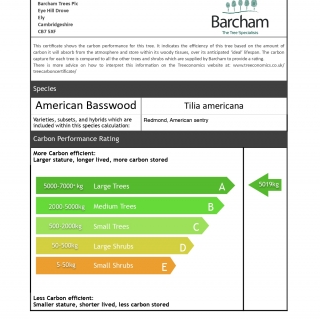 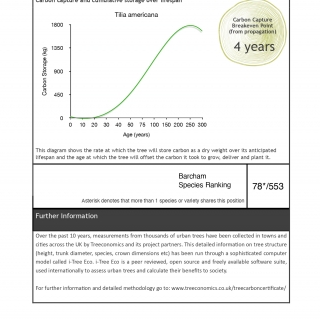 Tilia Americana Redmond, also commonly known as the American Lime, is a species of Lime native to Eastern North America.

The cultivar Redmond originated in the 1920’s from Plumfield Nurseries, based in Nebraska, USA.

The American Lime Redmond has bright green leaves which are large and lighter in colour than the species and turn a pale yellow in the autumn time.

This lime has pretty creamy yellow flowers that appear in early to mid-summer and are pollinated by bees.

Tilia Americana Redmond forms a pyramidal shape at maturity and does not suffer from aphid infestation and the associated “aphid drip” of many other Lime trees, making it a super selection for avenue and parkland planting here in the UK.

At present it is not currently well known and as such tends to be overlooked for more familiar species.

Like many Lime, the American Lime will tolerate most soil conditions, providing they are well drained and tends to be a useful choice for clay soils.