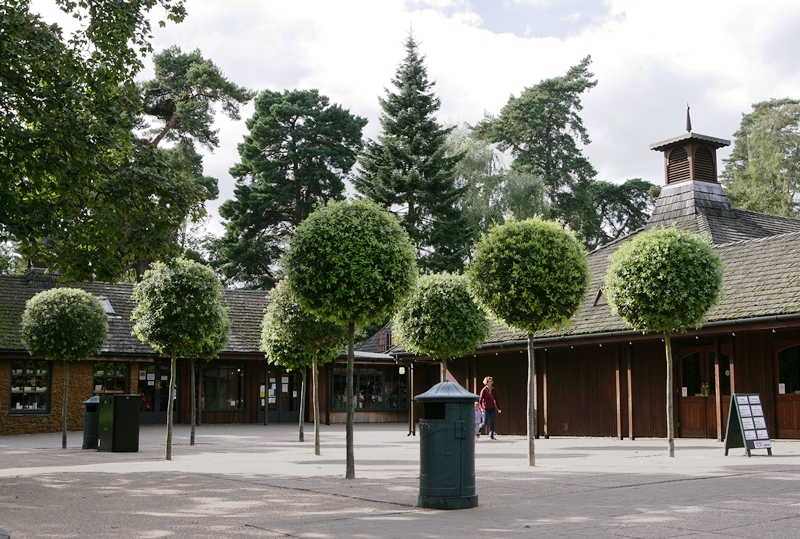 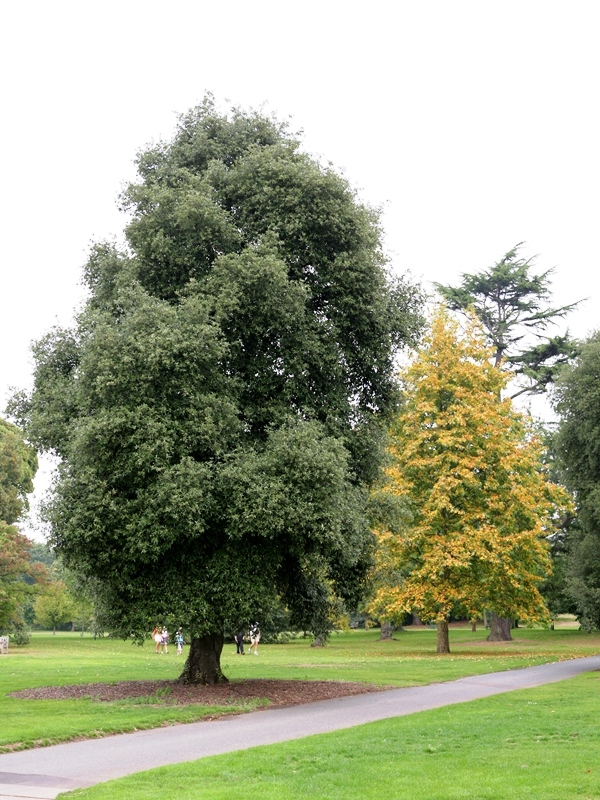 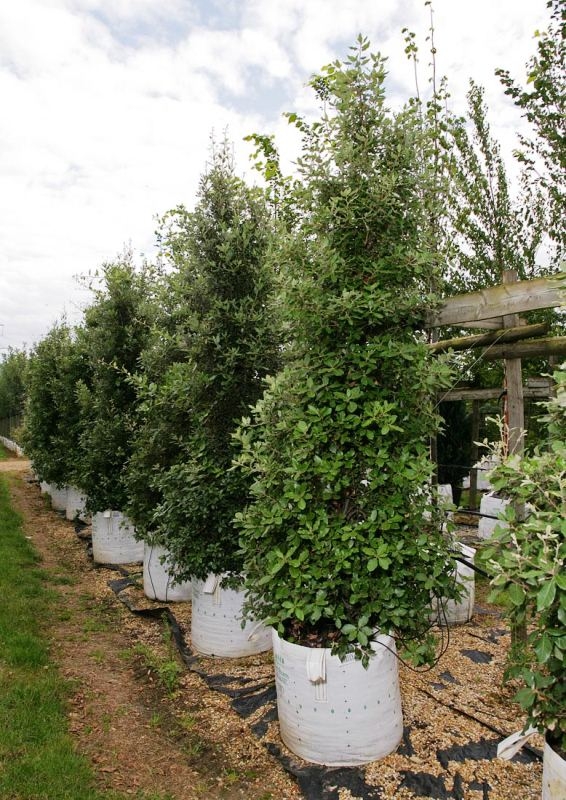 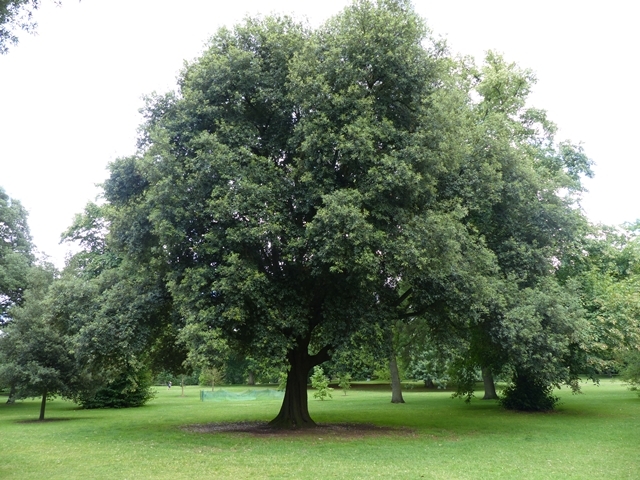 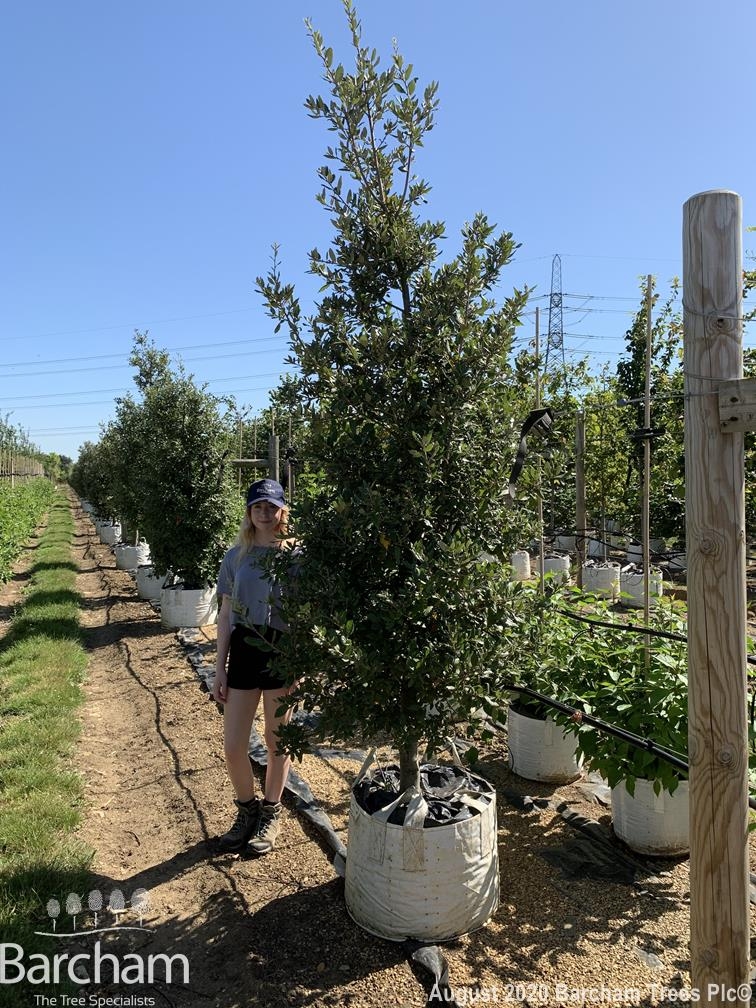 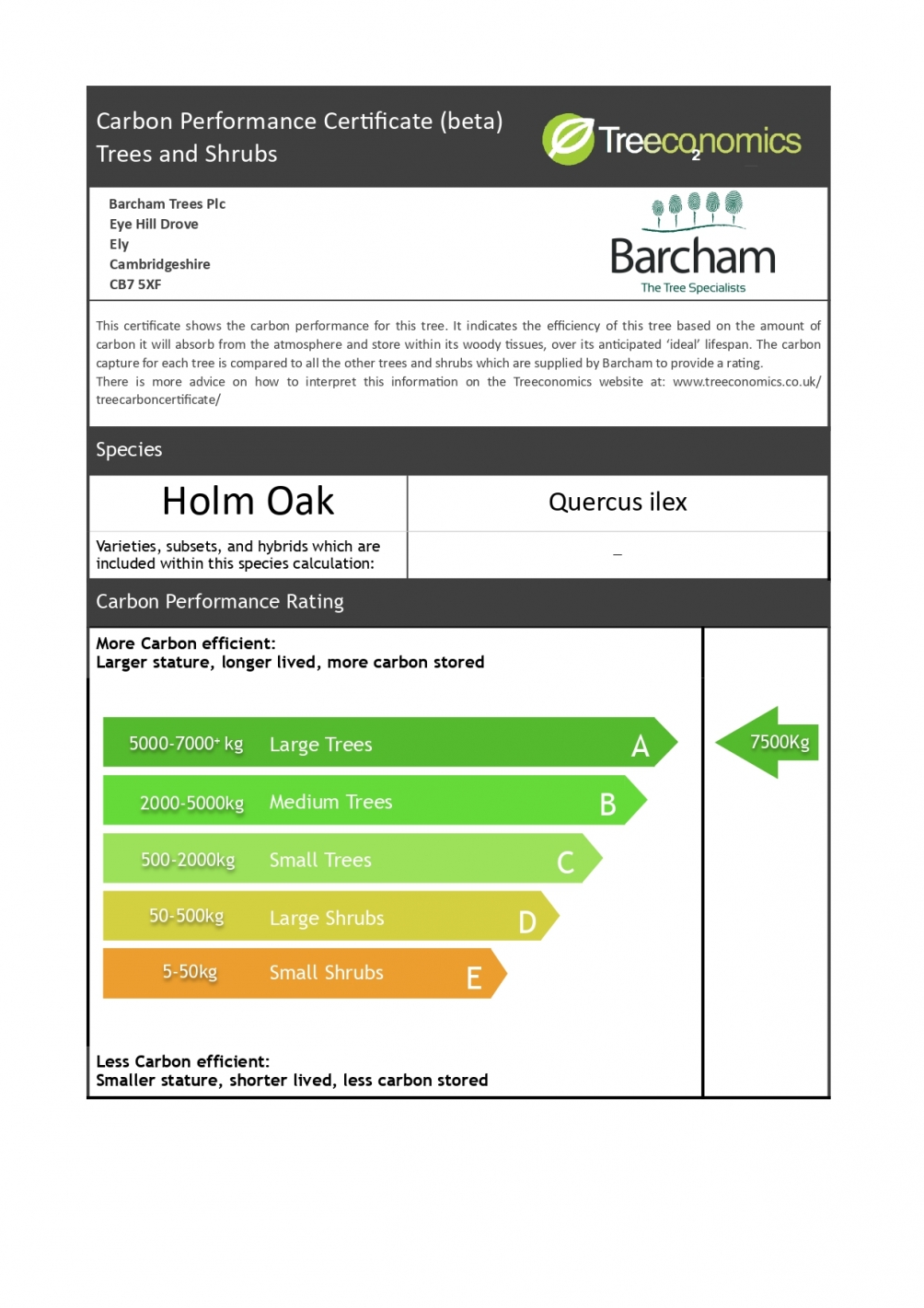 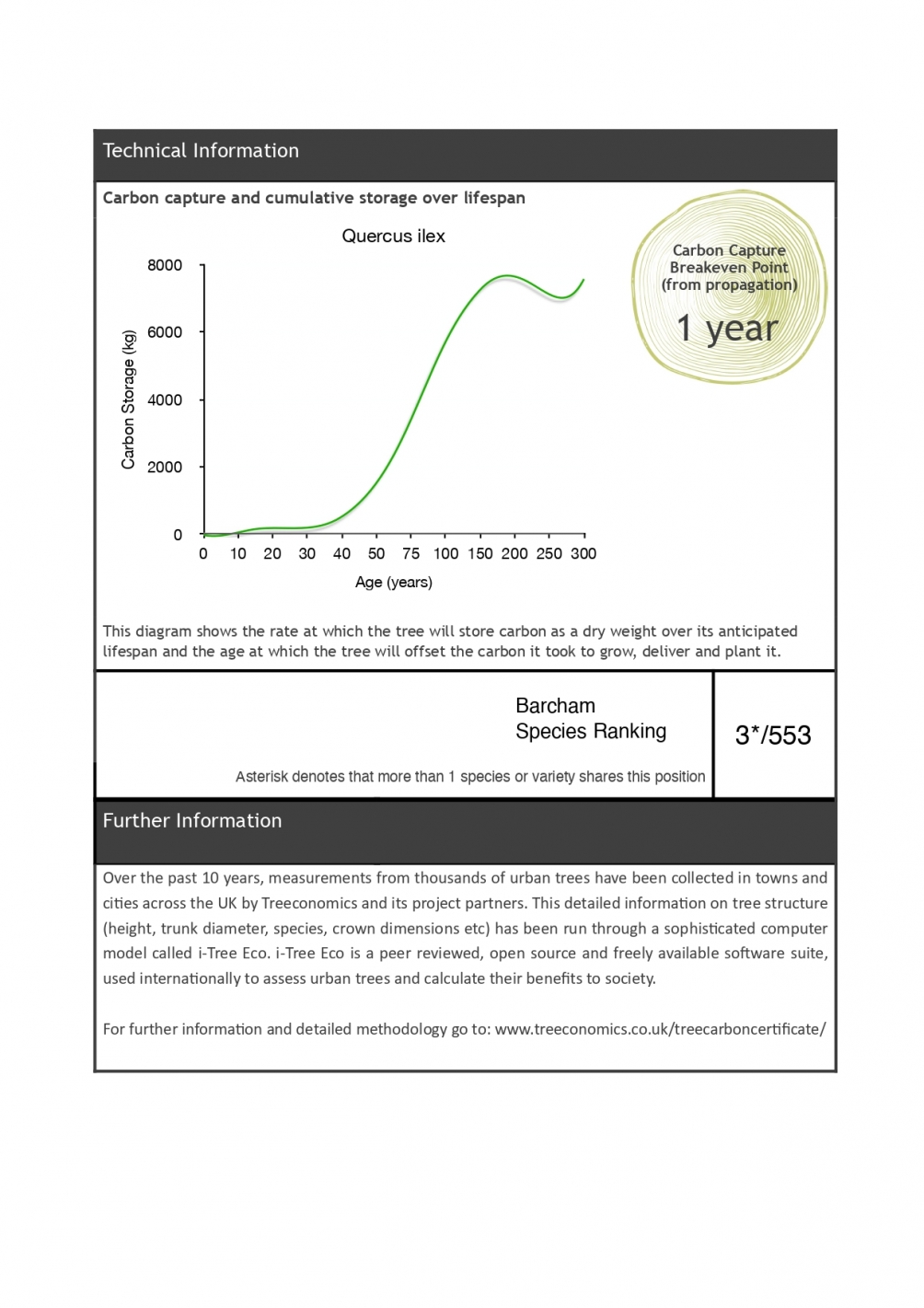 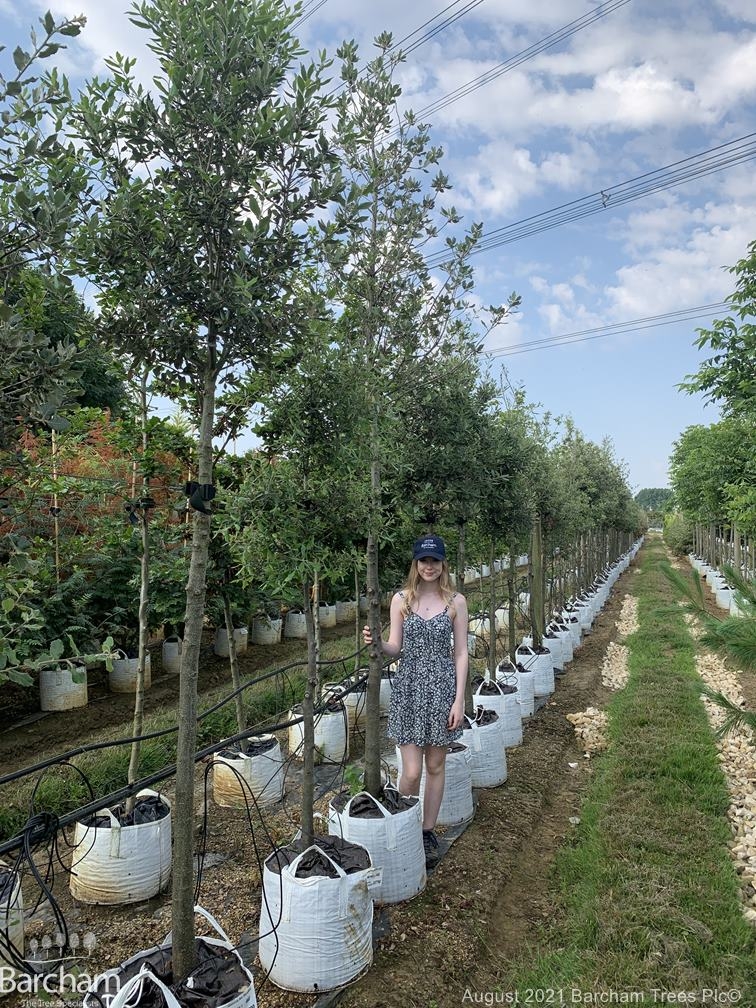 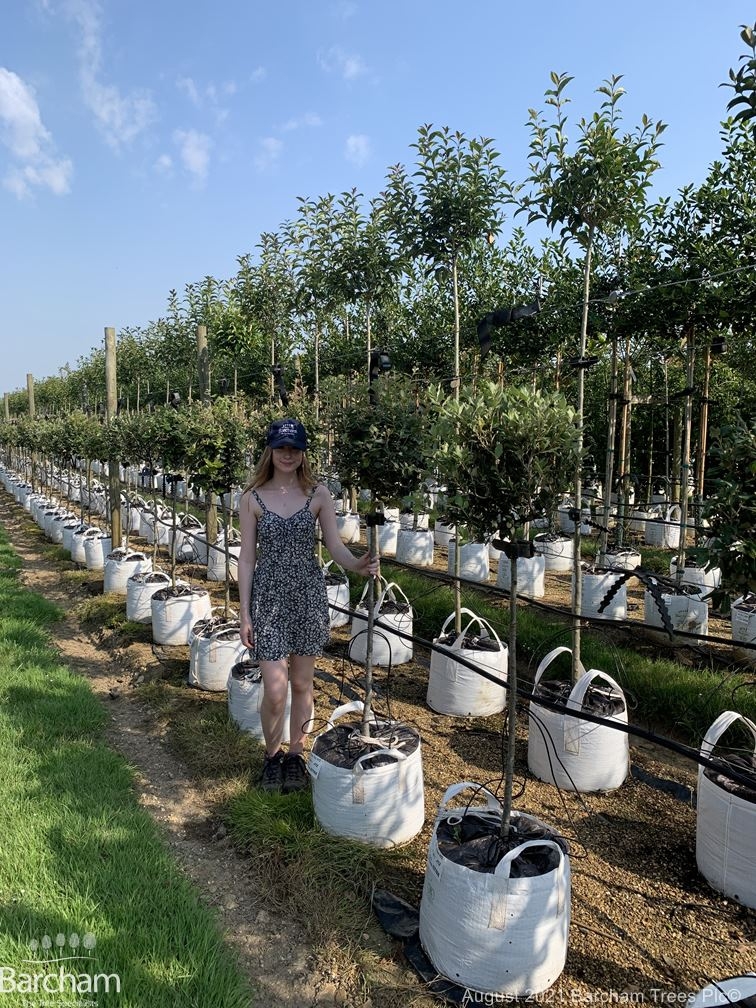 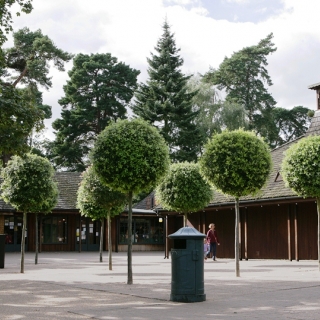 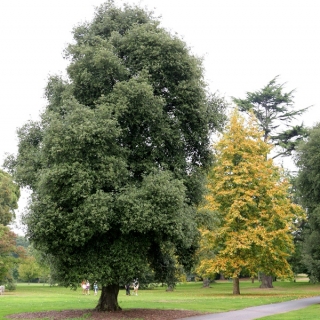 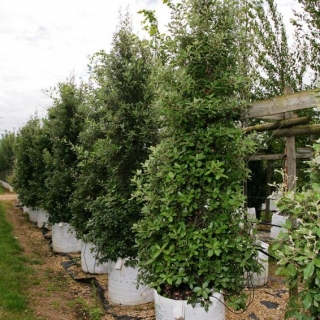 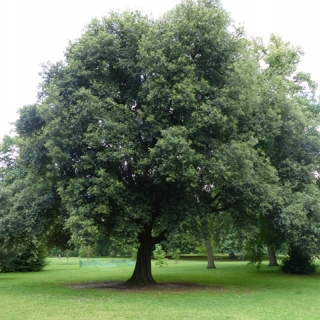 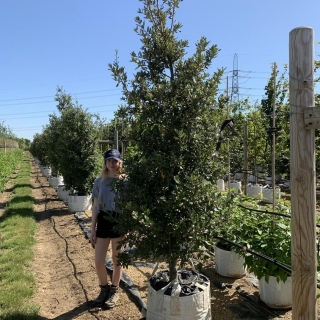 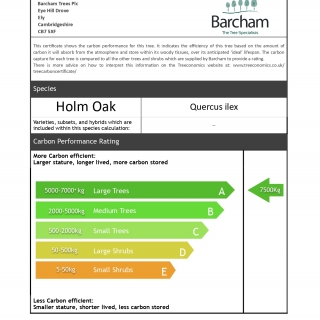 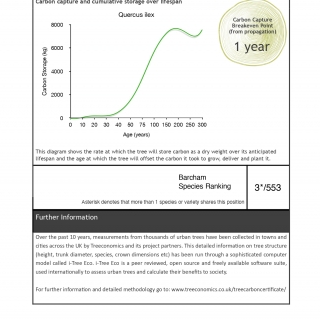 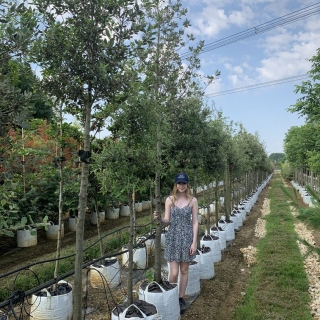 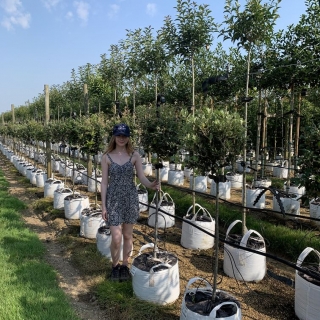 In fact "Holm" is an old english word for Holly!

Quercus Ilex is a native of Mediterranean countries, but it has been grown in Britain since the 1500s.

However Holm oak trees are now thought to be a native of Southern Ireland.

It has dark green foliage with yellow catkins in spring producing acorns in autumn.

The timber is hard and long-lasting, used for joinery, vine-props and for charcoal.

This oak tree won the Award of Garden Merit in 2002 and is surely one of the most majestic of evergreen trees grown in the UK.

If left to its own devices Quercus Ilex forms a large tree with a densely rounded habit, good examples of which can be seen opposite Holkham Hall on the North Norfolk coast.

It is perhaps surprisingly versatile, being suitable for coastal plantings, topiary and as stilted hedging.

Suitable for parks and gardens but thriving best on free draining soils.

Rounded
3-7m
Currently out of stock
Price from £