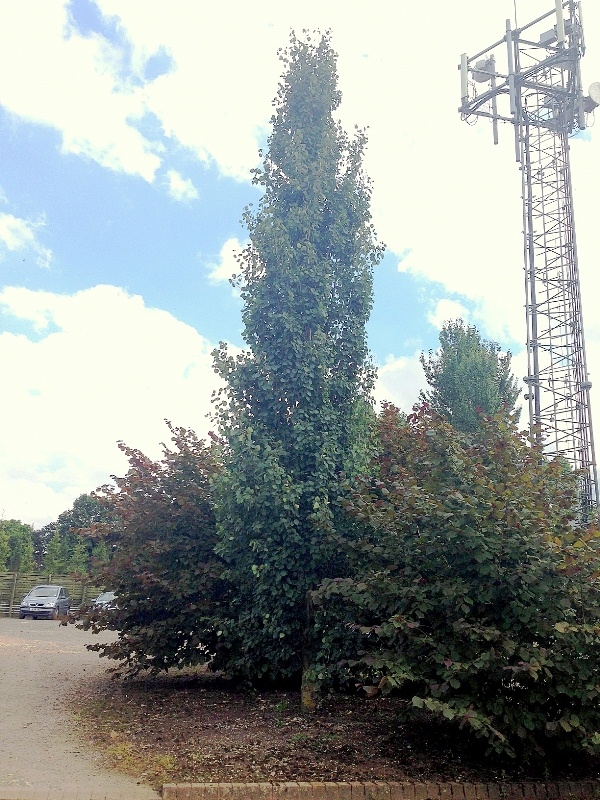 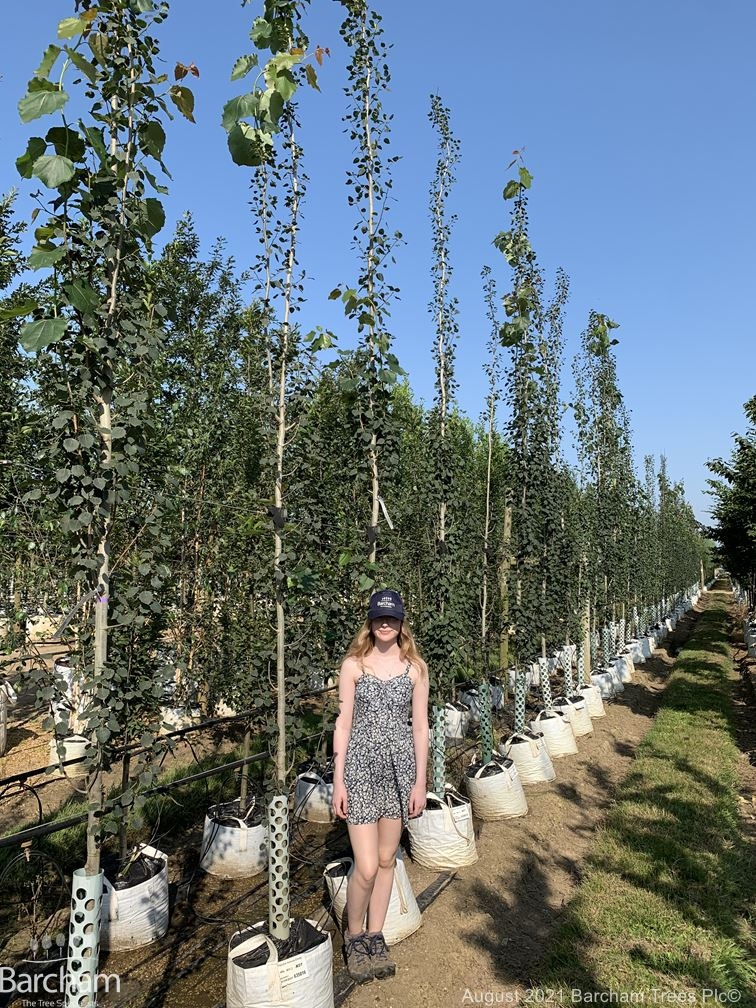 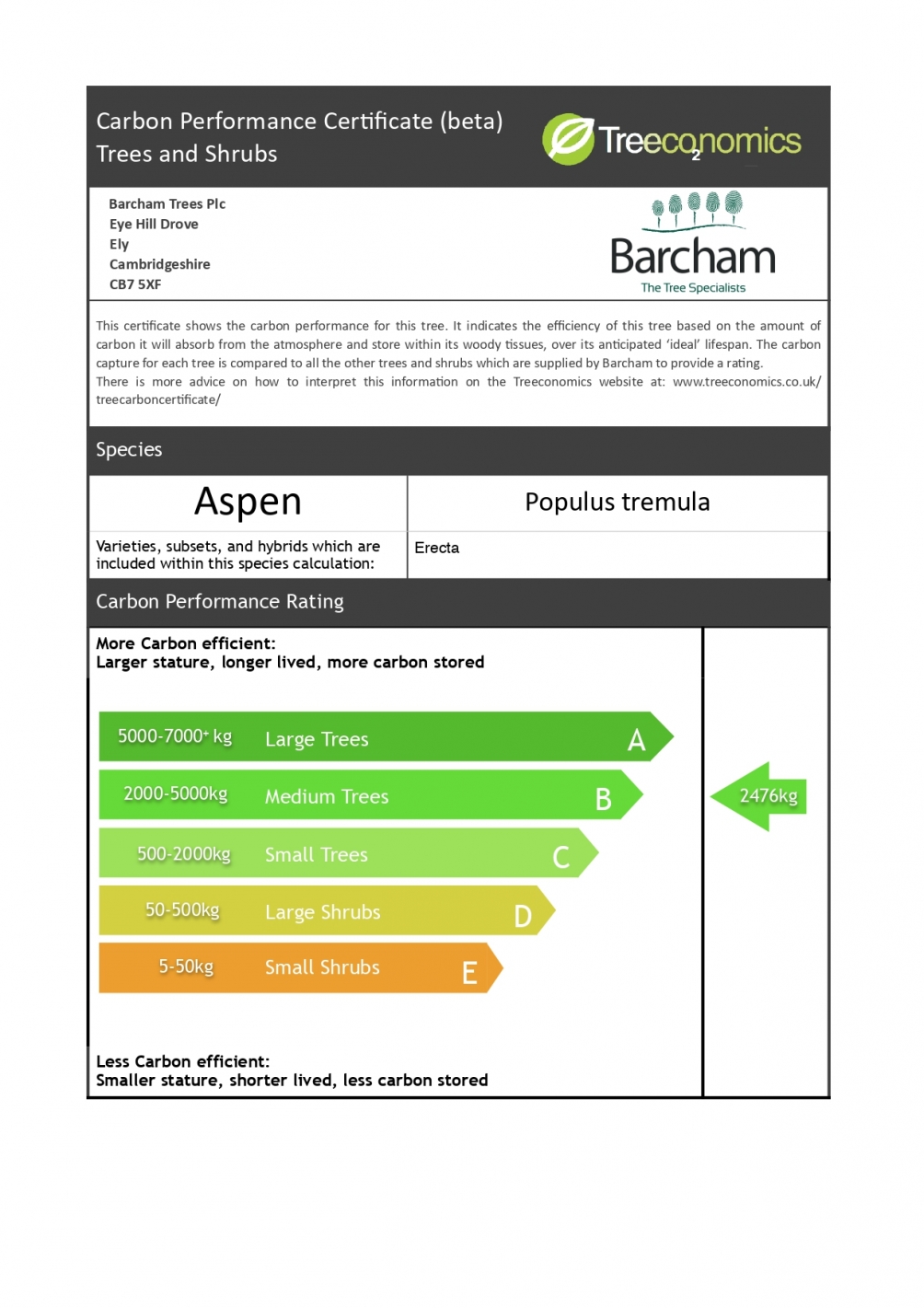 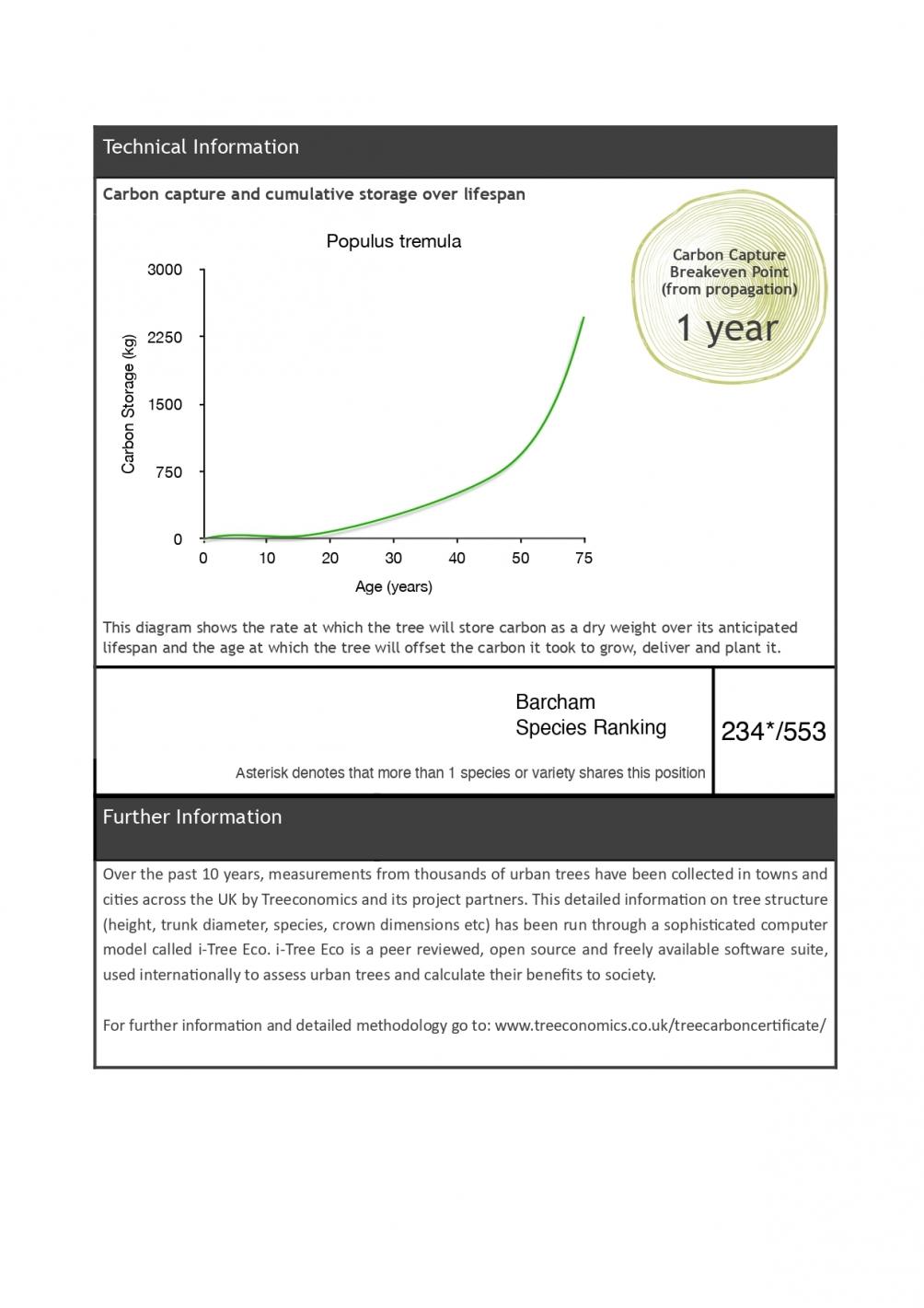 A mature specimen of Populus tremula Erecta at Barcham Trees 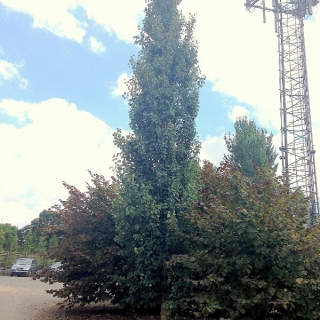 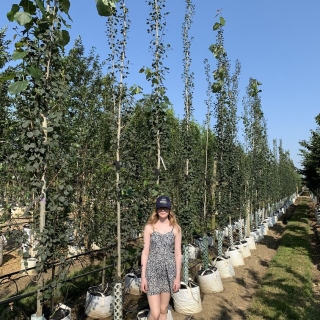 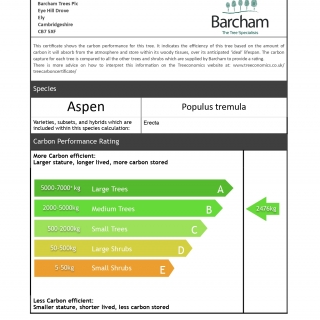 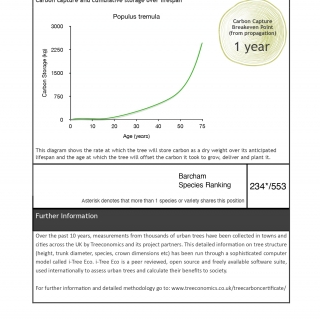 Populus tremula Erecta is an upright form of Aspen that was discovered in a Swedish Woodland, hence it has been since known as the Swedish Upright.

The leaves of this pretty tree are almost round, with a wavy margin that gives them interesting ornamental appeal. Appearing in spring a coppery colour, following the display of catkins, the leaves have a lighter coloured underside and are presented on a flat petiole, which causes them to distinctively rustle in the wind.  In autumn, the foliage turns yellow through to orange-red in an array of attractive patterns.

As its name suggests, Populus tremula Erecta has a tightly columnar shape, which it maintains well into maturity, requiring very little maintenance.  It is fast growing and forms a tall tree with limited spread.  It is tolerant of most soil types including clay and soil with a tendency for water logging.

This tree is a super candidate as a substitute for the widely planted Lombardy Poplar, offering similar characteristics in its crown shape and growth with the added bonus of more ornamental qualities.

It is a fabulous tree to give architectural structure to avenues and can be used for boundary division on estates and farmland.

Whilst it would be best not to consider this tree as a garden tree, as it will grow very tall, it does have potential for screening tall, slender objects such as telegraph poles.