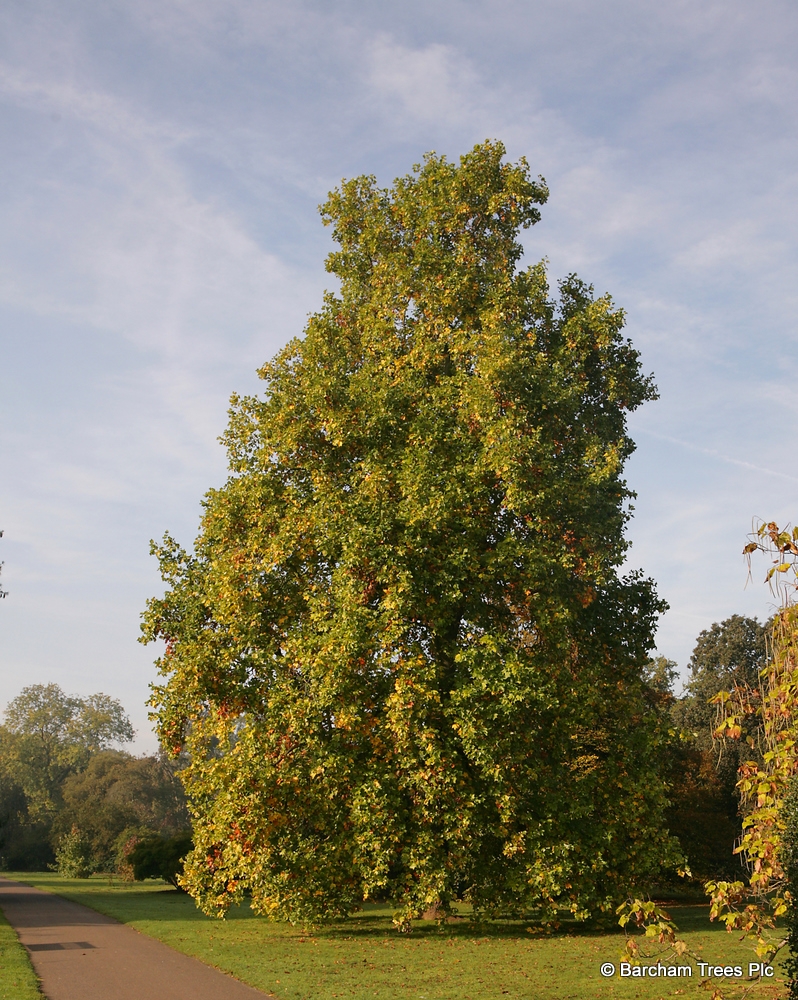 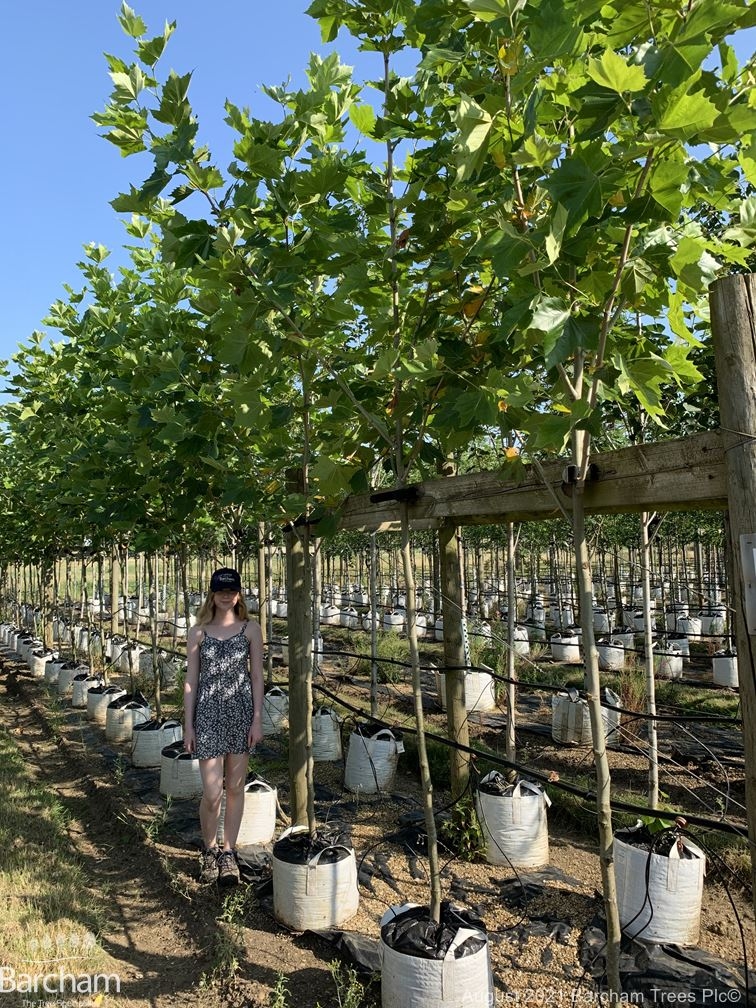 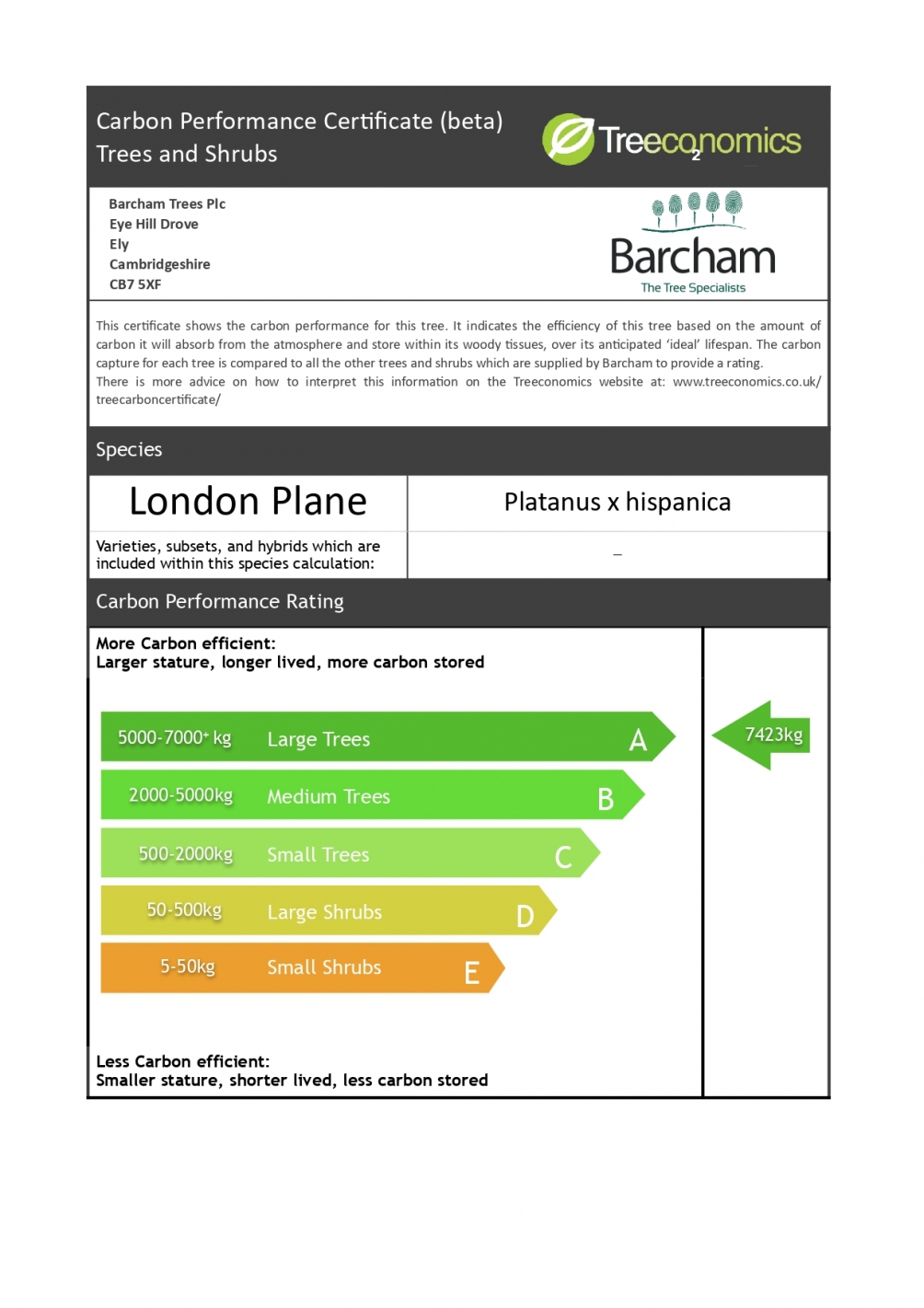 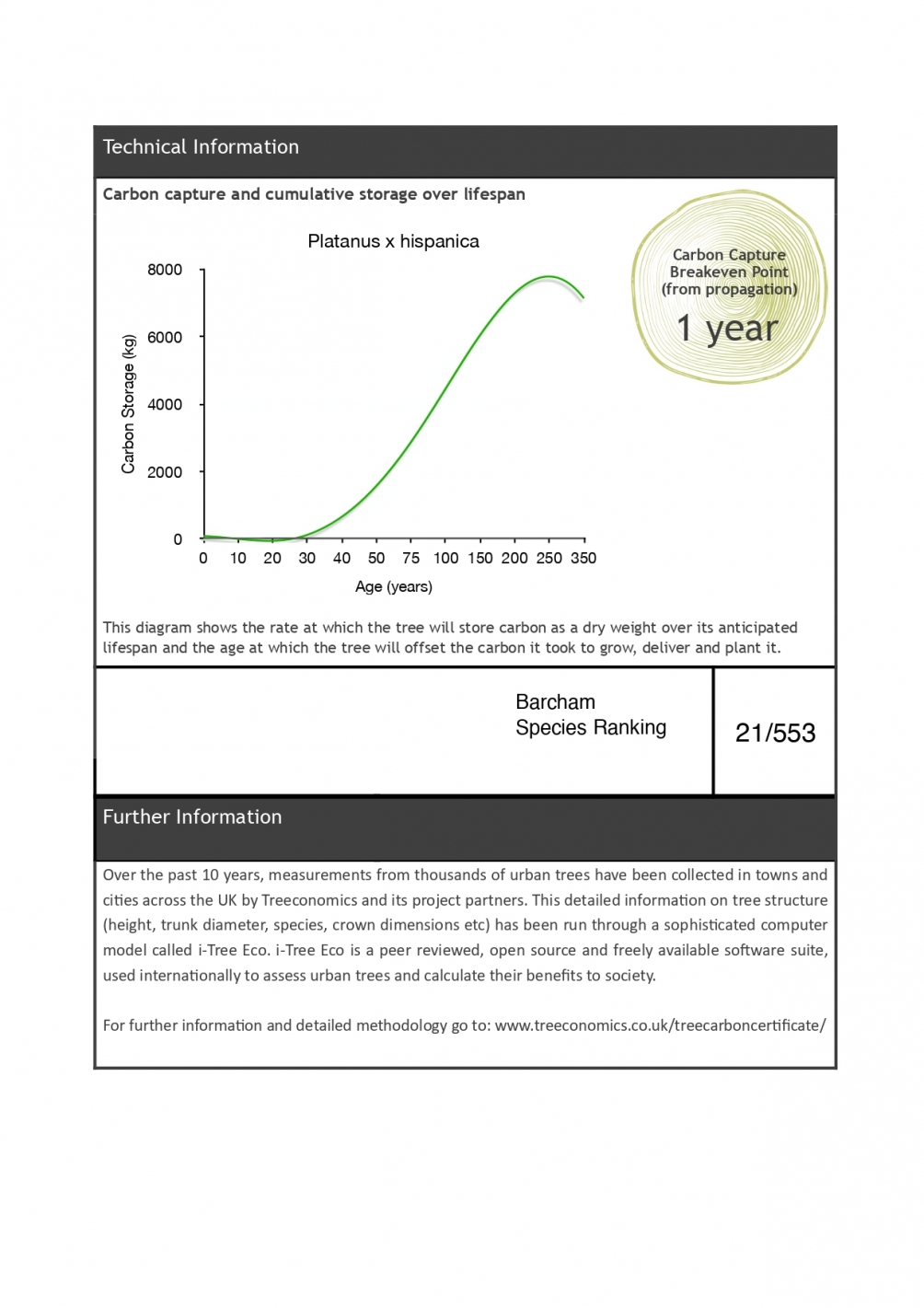 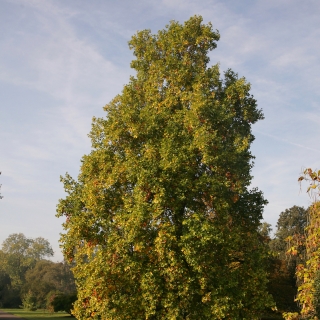 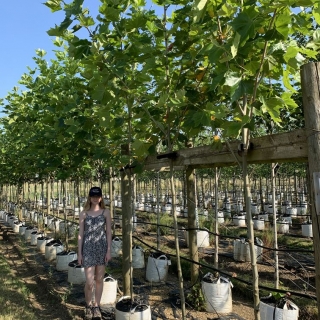 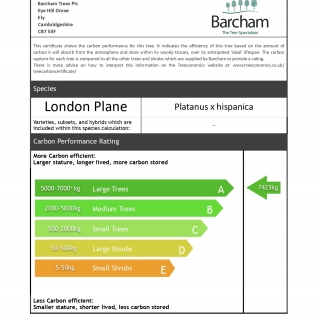 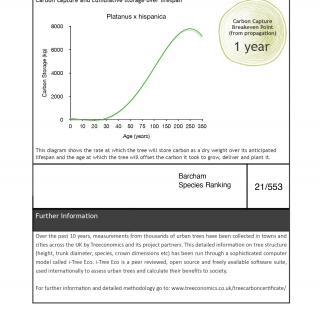 Platanus x hispanica is one of the most popular trees for urban planting; being planted extensively across London due to its tolerance of air pollution and pruning.

It is believed to have had significant input into clearing up the smog laden air from the industrial revolution. This tough tree has large leaves which are palmate and deeply lobed, remebling that of a Norway Maple, starting green in the spring and turning to golden brown in the autumn time.

The fruits are produced in spikey clusters, which hang from stalks on the tree for most of the year. The most significant feature of the classic London Plane tree is that the bark peels to reveal a patchwork of green, white and cream as it matures; so be sure not to be concerned if this happens to your tree!

Platanus x hispanica is an extremely long lived tree, with a specimen planted in the Bishops Place Garden at Ely thought to be more than 300 years old.

This large tree is fast growing and forms a broadly pyramidal shaped crown at maturity and will thrive in most soil conditions, including clay.

Best planted in locations where it has the space and time to develop into the stately specimen that it thrives to be.