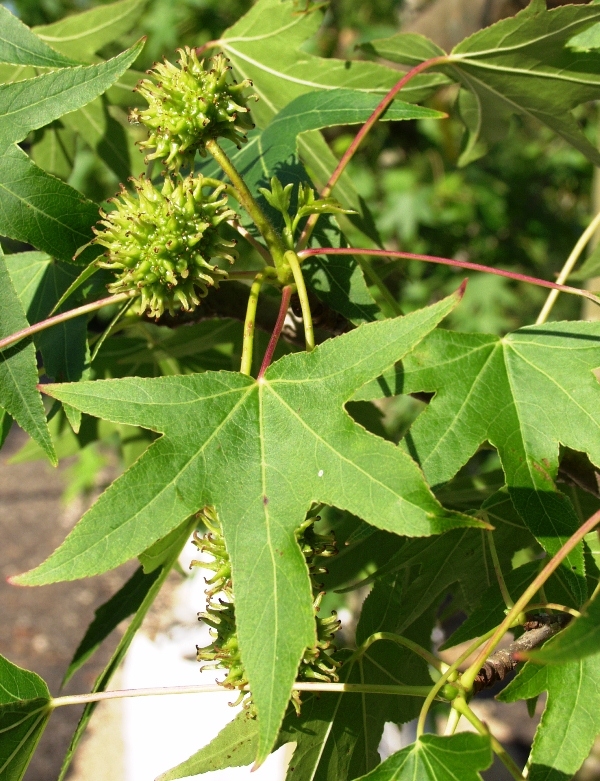 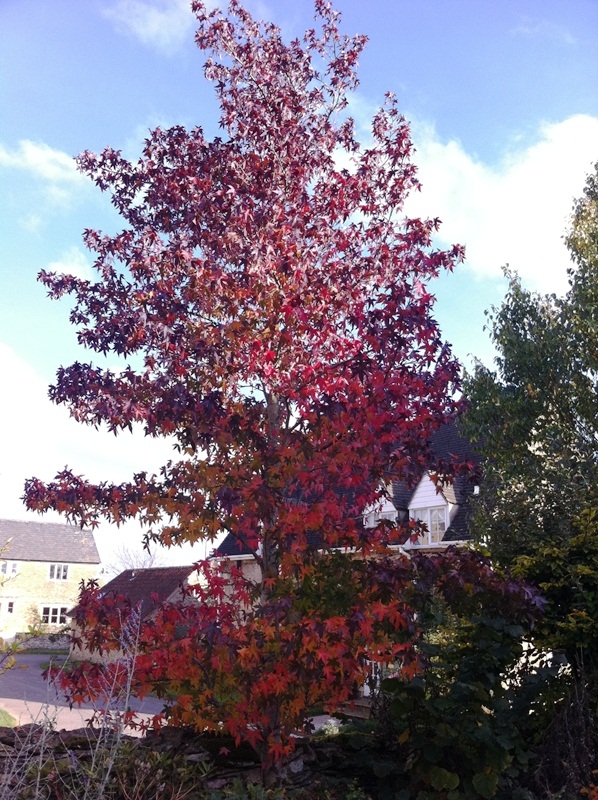 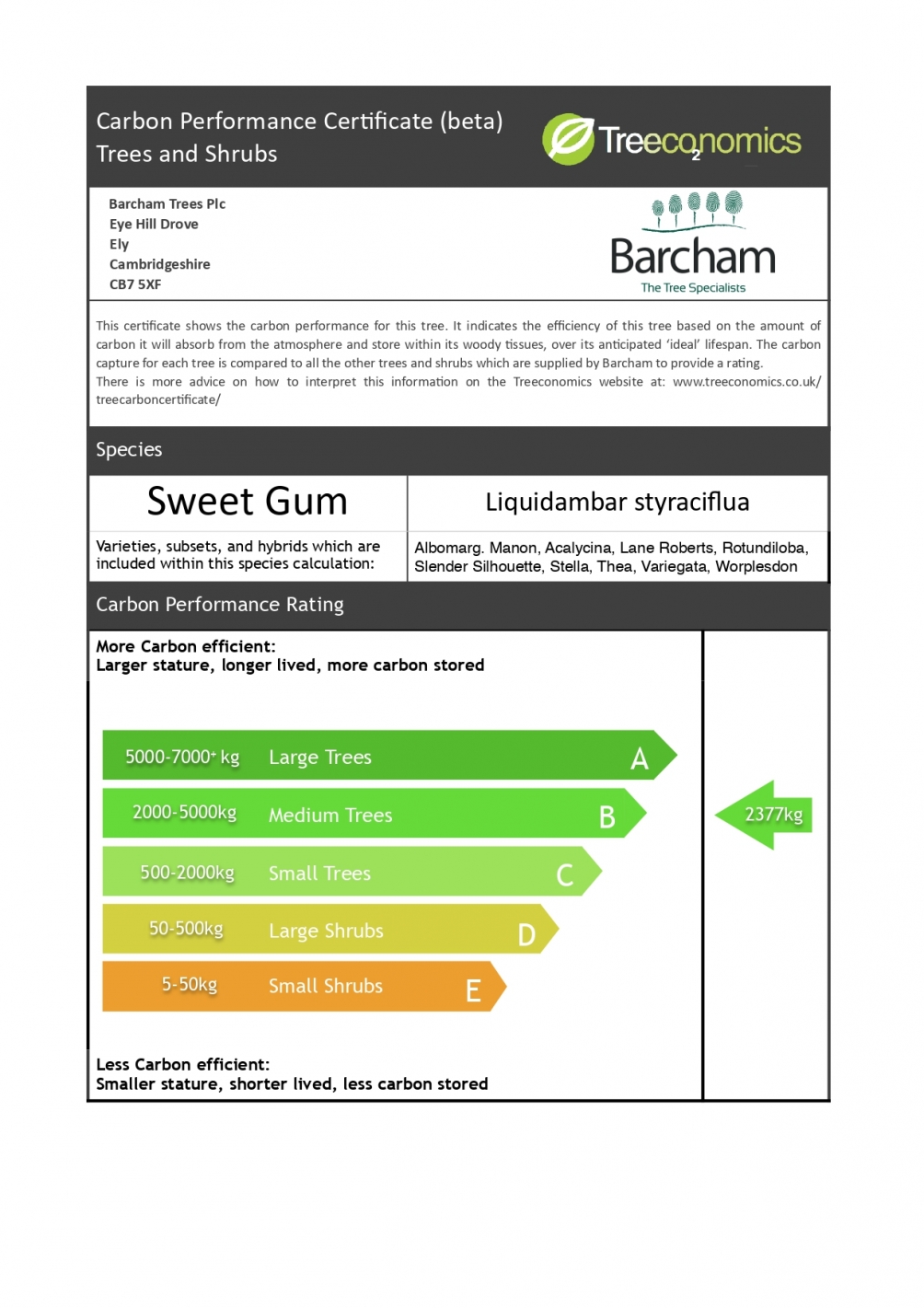 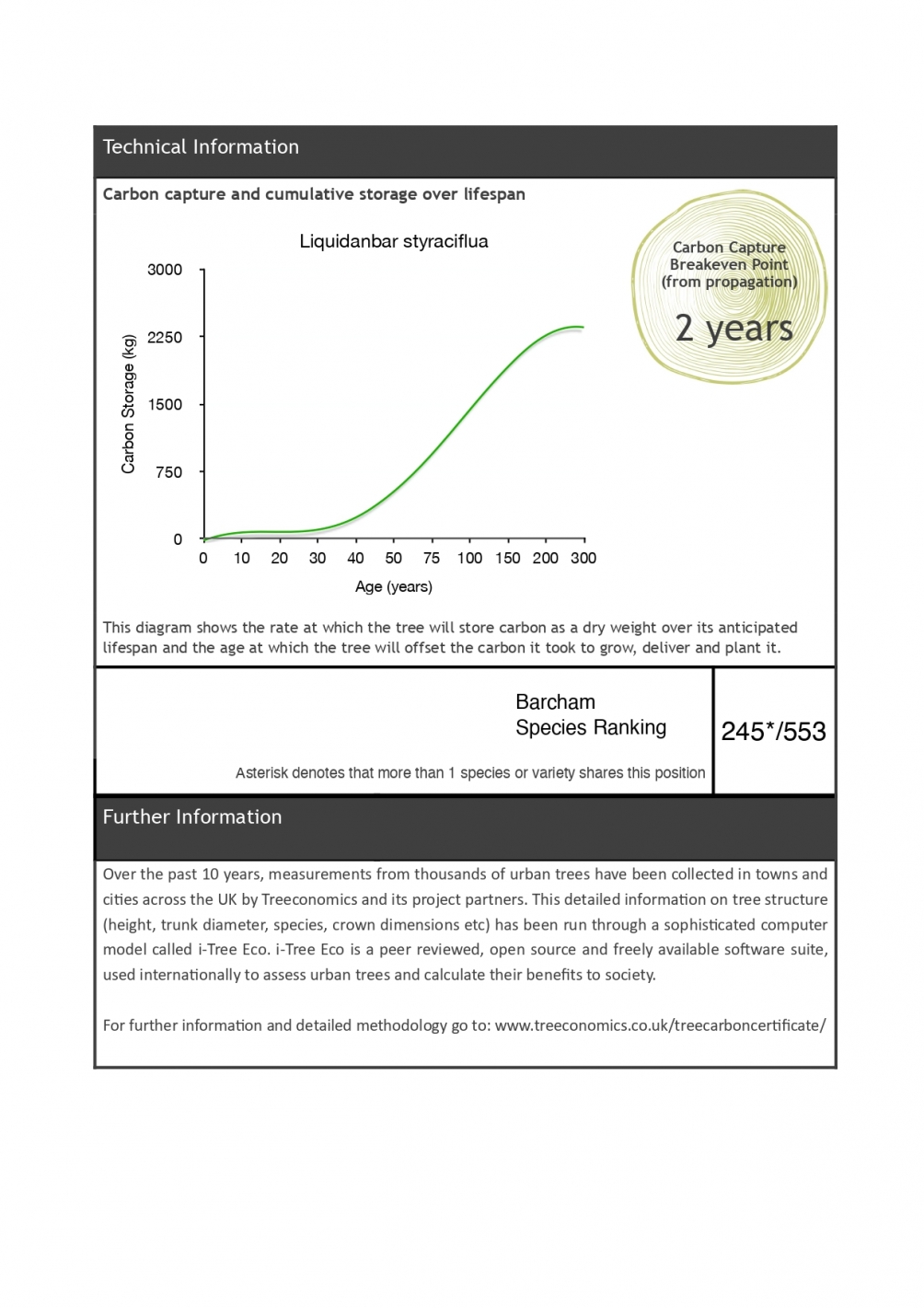 The fruit of Liquidambar styraciflua Worplesdon 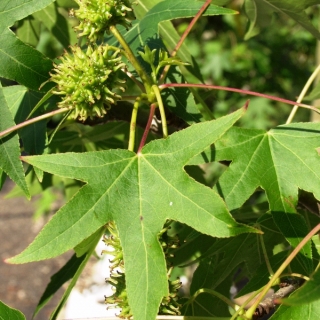 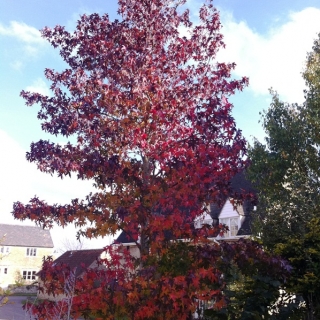 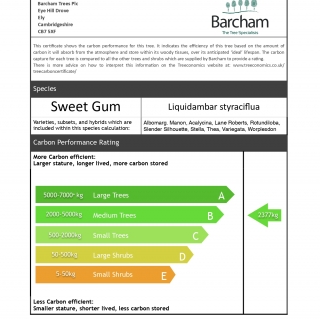 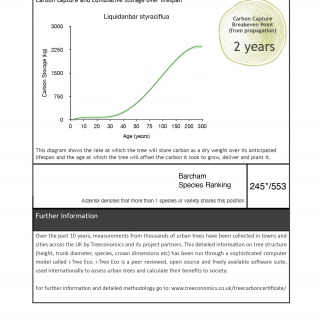 The species of tree has delightfully lobed leaves, which are similar to that of a Maple. The lobes of the leaves of Liquidambar Worplesdon are more deep and distinct than that of the species and emerge in spring a bright green colour.

The real attraction of this tree is displayed from September onwards, when it reveals lavish autumn colour. It begins with yellow at the very top of the tree, turning to orange, red and then a deep claret colour before it finally falls from the tree.

Unusually this tree will often display this full range of colours on the tree all at the same time, from yellow at the top, right through to claret at the base; it is a simply stunning addition to any scheme.

The spiky cased fruit appear in autumn and can remain on the tree into winter time; this clone is unusual as it will bear fruit in British conditions, unlike the other varieties of Sweet Gum in production. This Sweet Gum also has a much less corky bark than the species.

Liquidambar stryaciflua Worplesdon forms a regular pyramidal shape at maturity and as such it is important to retain its central leader to ensure the tree has a balanced crown.

This tree won the Award of Garden Merit in both 1987 and 2002 and it is hard to argue with these accolades, as this architectural is simply stunning.

This tree will do well on most soils, preferring a moist, well drained soil; it will also tolerate slightly alkaline soil.

This large tree is a great choice for gardens and parks, offering fantastic architectural structure from its uniform shape and unrivalled autumn colour.

This tree works well as a feature specimen tree as it really does deserve to steal the limelight in the autumn time.