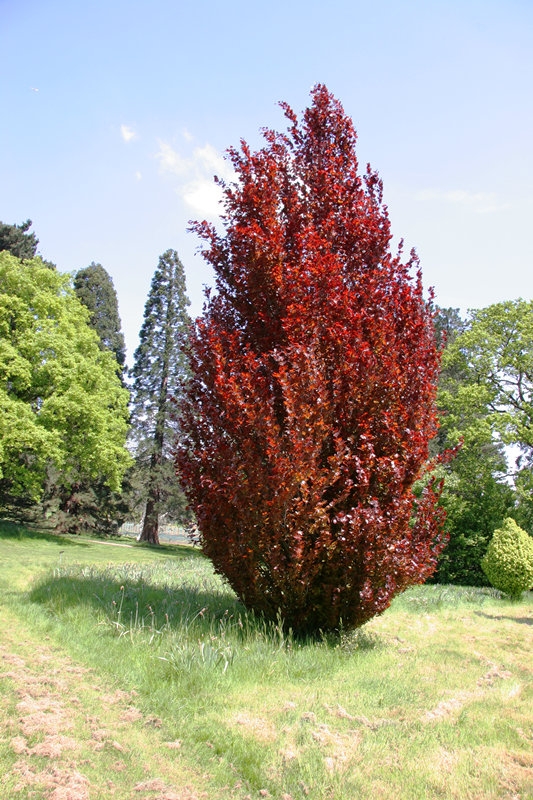 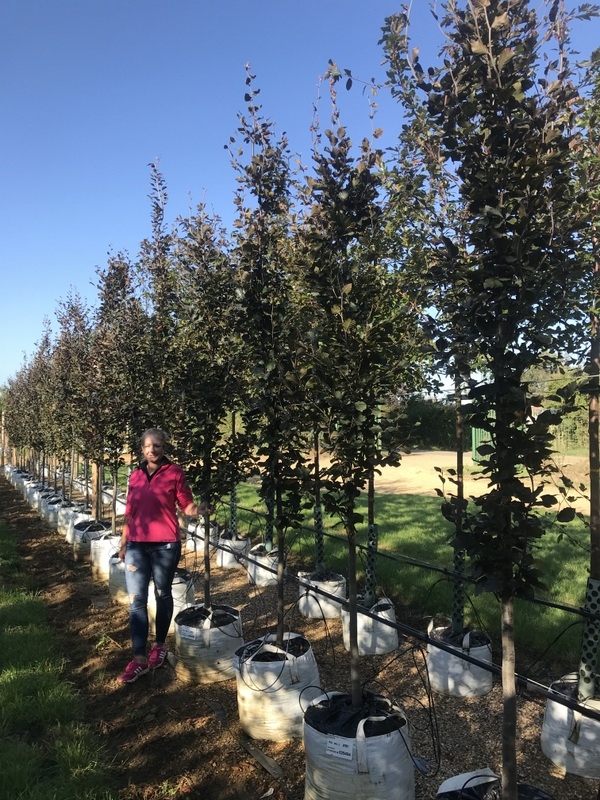 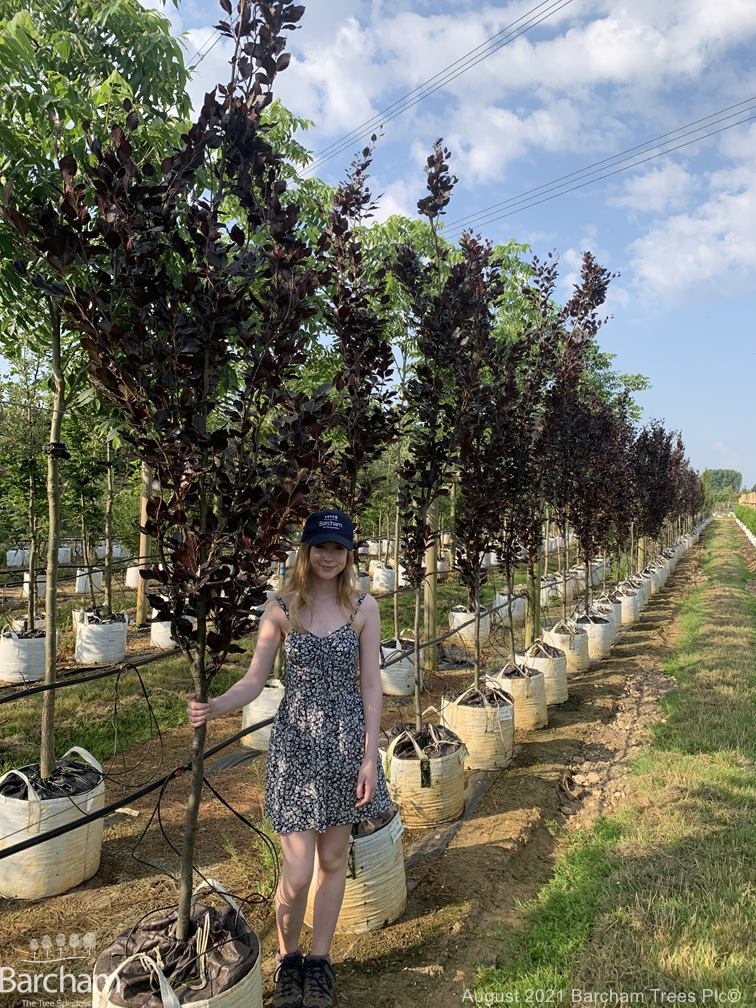 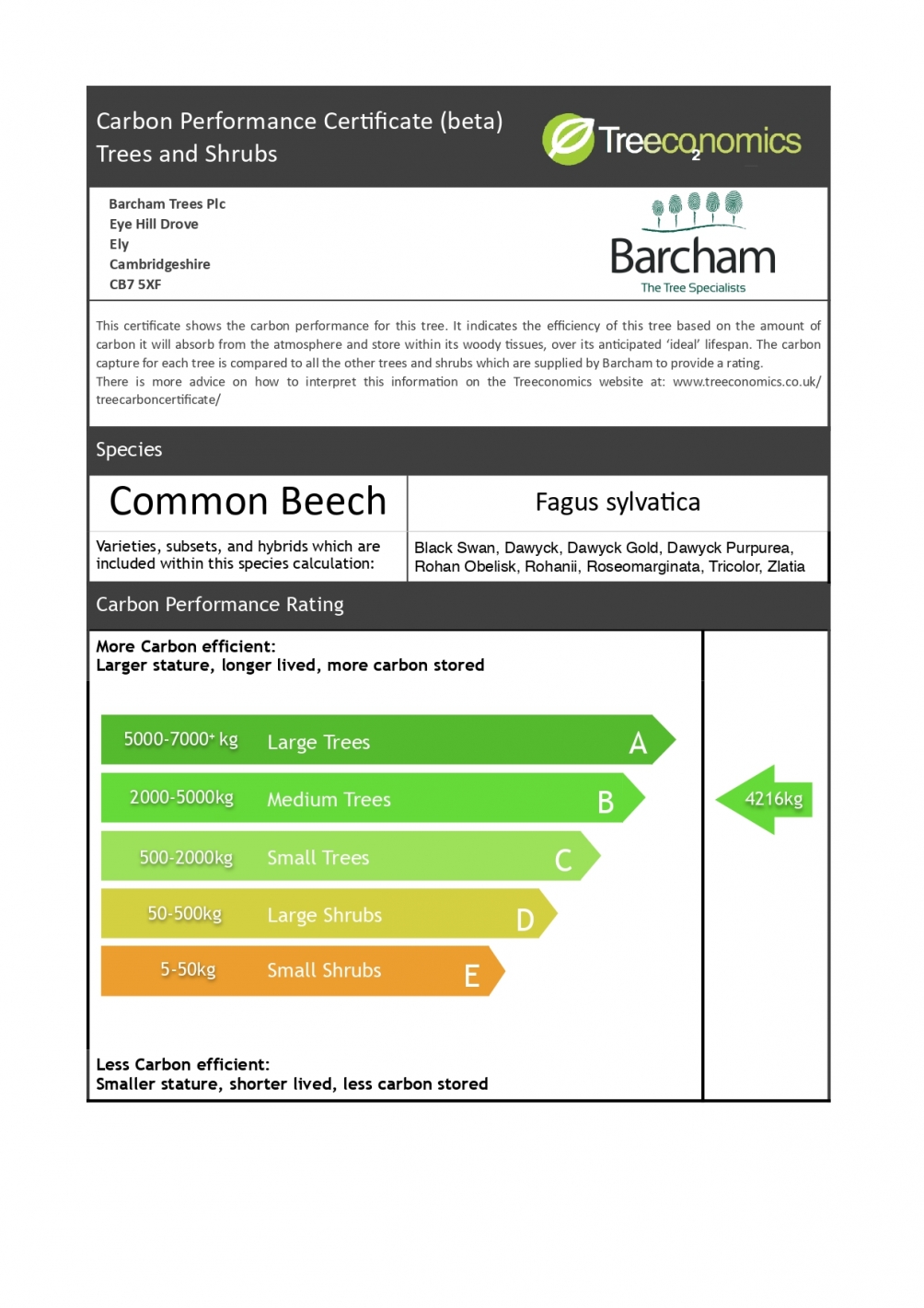 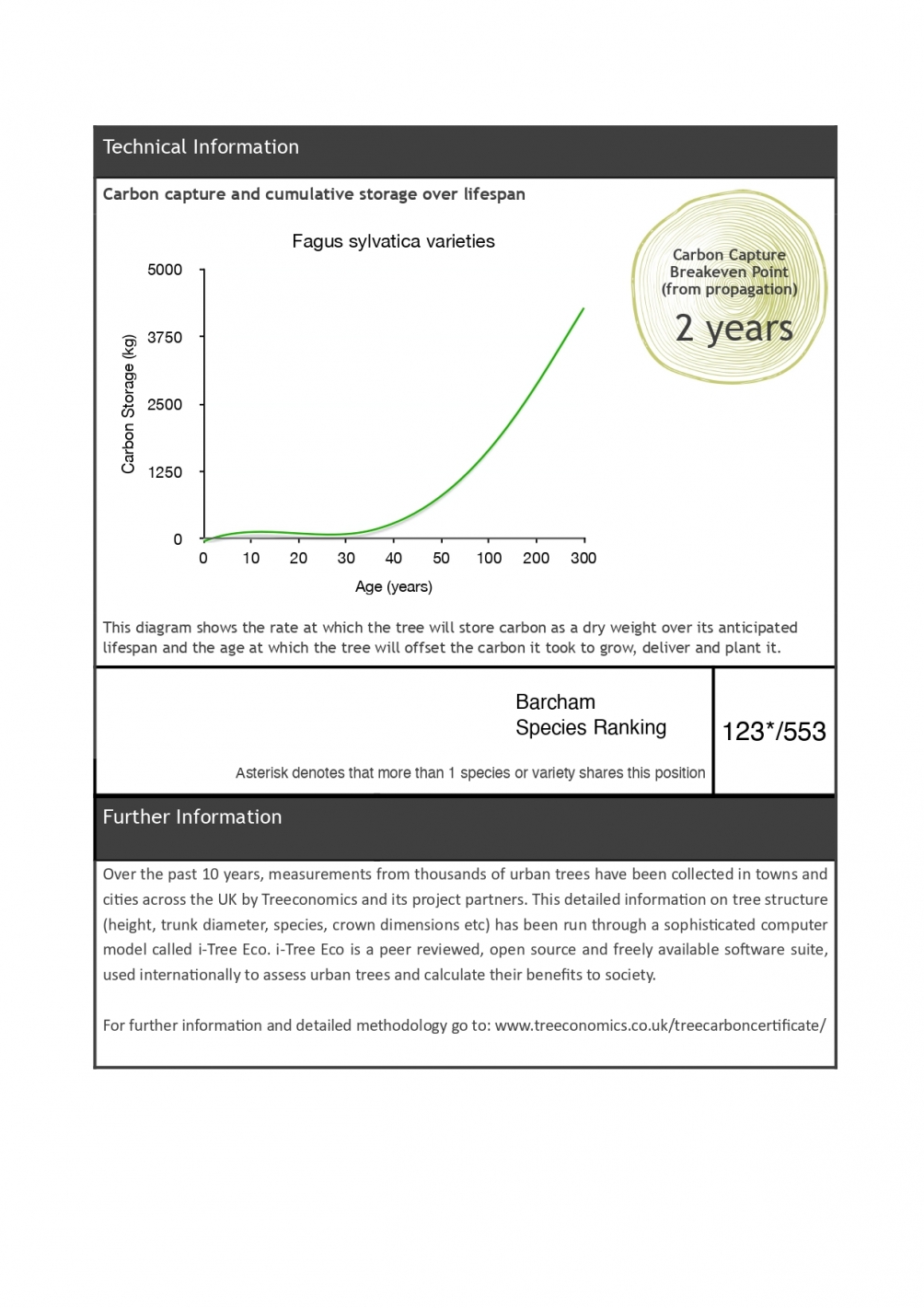 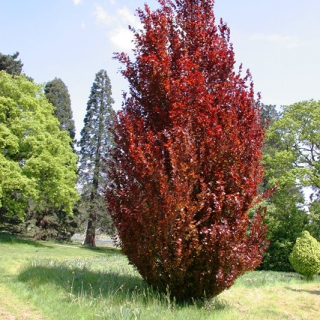 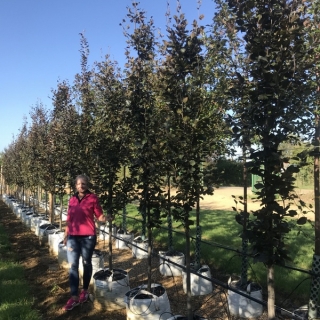 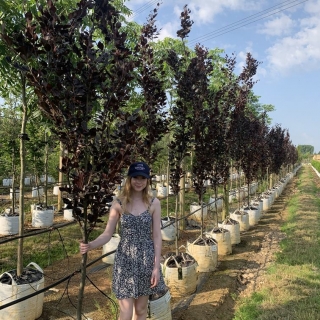 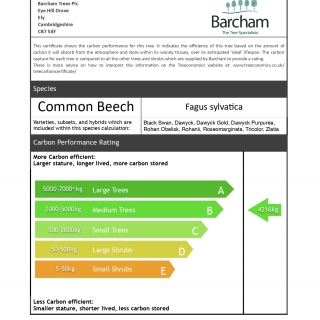 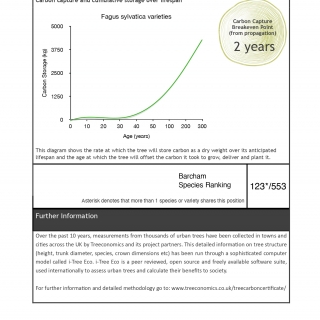 This stunning Beech has deep purple-red leaves, classically Beech in form, that appear in the spring and gradually turn to dark green throughout the summer before giving a show of golden brown foliage in the autumn.

The crown shape of this tree is distinctively upright, forming a distinctive flame shape as it matures. When mature this medium to large tree seldom reaches more than 3m wide.

The foliage tends to be a little less dense than Dawyck and Dawyck Gold. Fagus sylvatica Dawyck Purpurea was raised in Rotterdam, from a Dawyck at Trompenburg Arboretum and is thought to be derived from the same seedling as Dawyck Gold. It won the Award of Garden Merit in both 1973 and 2002.

It is a tough tree, like its parents, and will thrive just about anywhere, but does not do well in exposed or coastal conditions. This tree is best suited to reasonably fertile and well drained soils but does not perform well on heavy clay or light sand and being a shallow rooted tree we do not recommend under-planting.

This superb rare specimen is a great choice for planting schemes where dramatic contrast is required and looks super against a lighter coloured back drop. Best planted as focal points and on the perimeter of planting schemes, as such dark colours tend to draw the eye to them, thus overlooking other planting in areas further than this.

The stunning architectural uniformity this specimen offers makes it a great specimen for avenue planting.

Why do some trees hold onto their dead leaves?