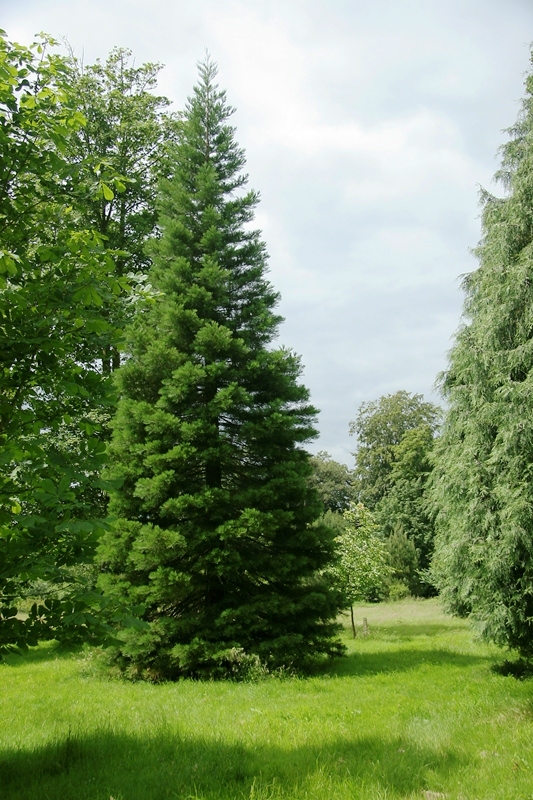 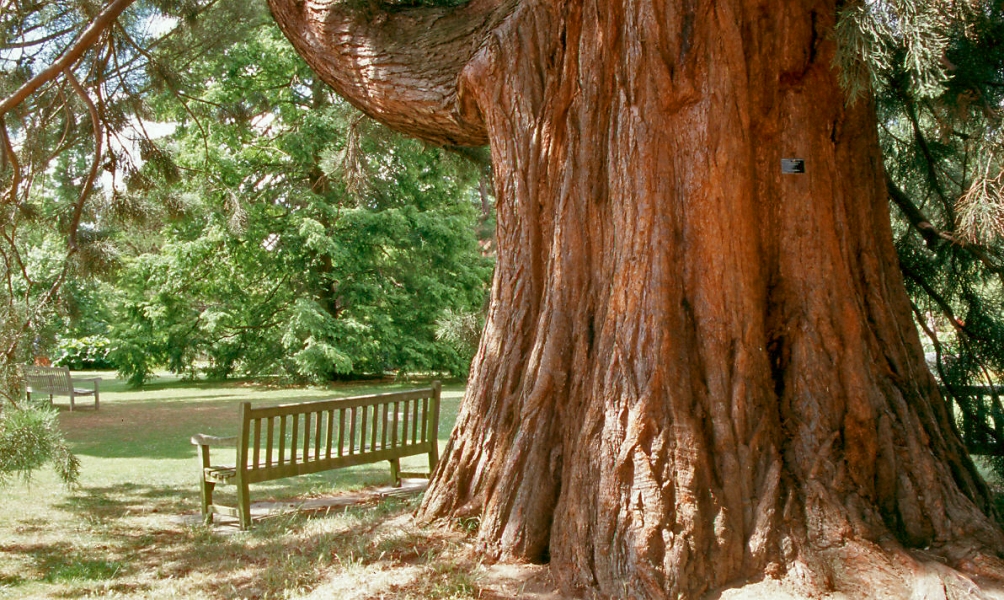 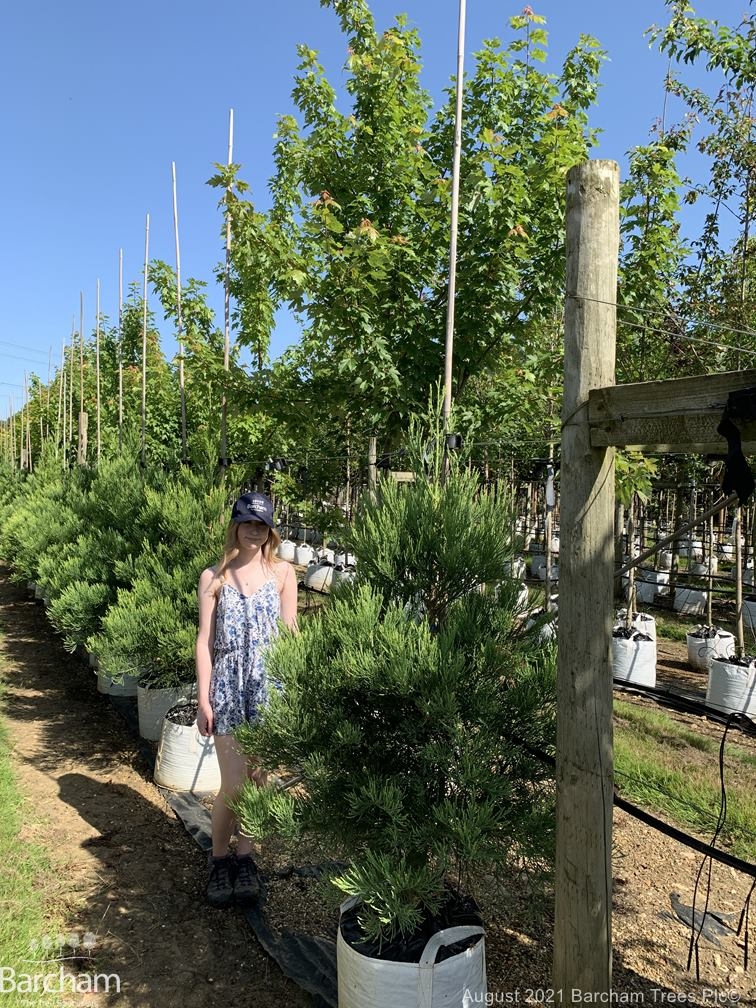 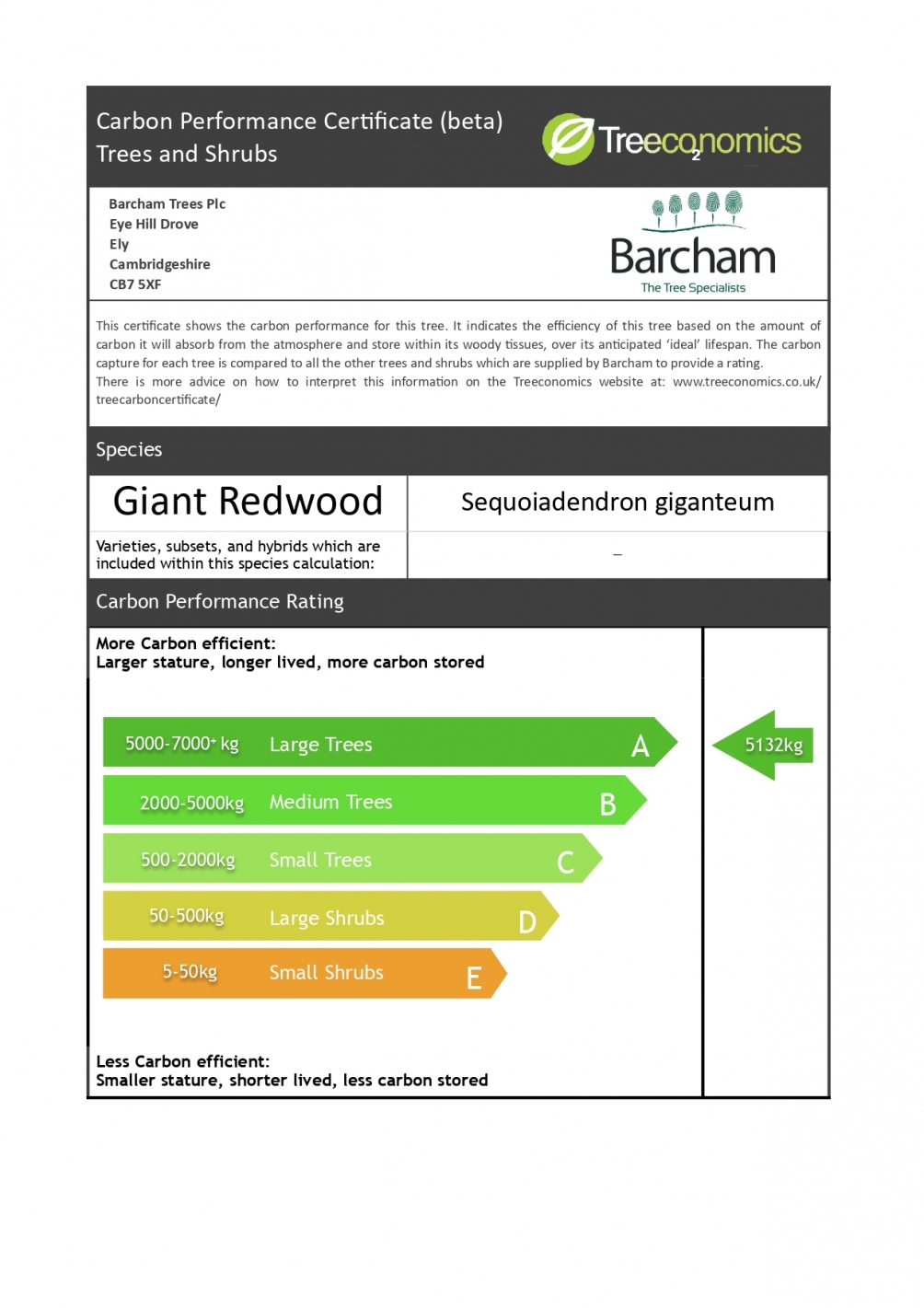 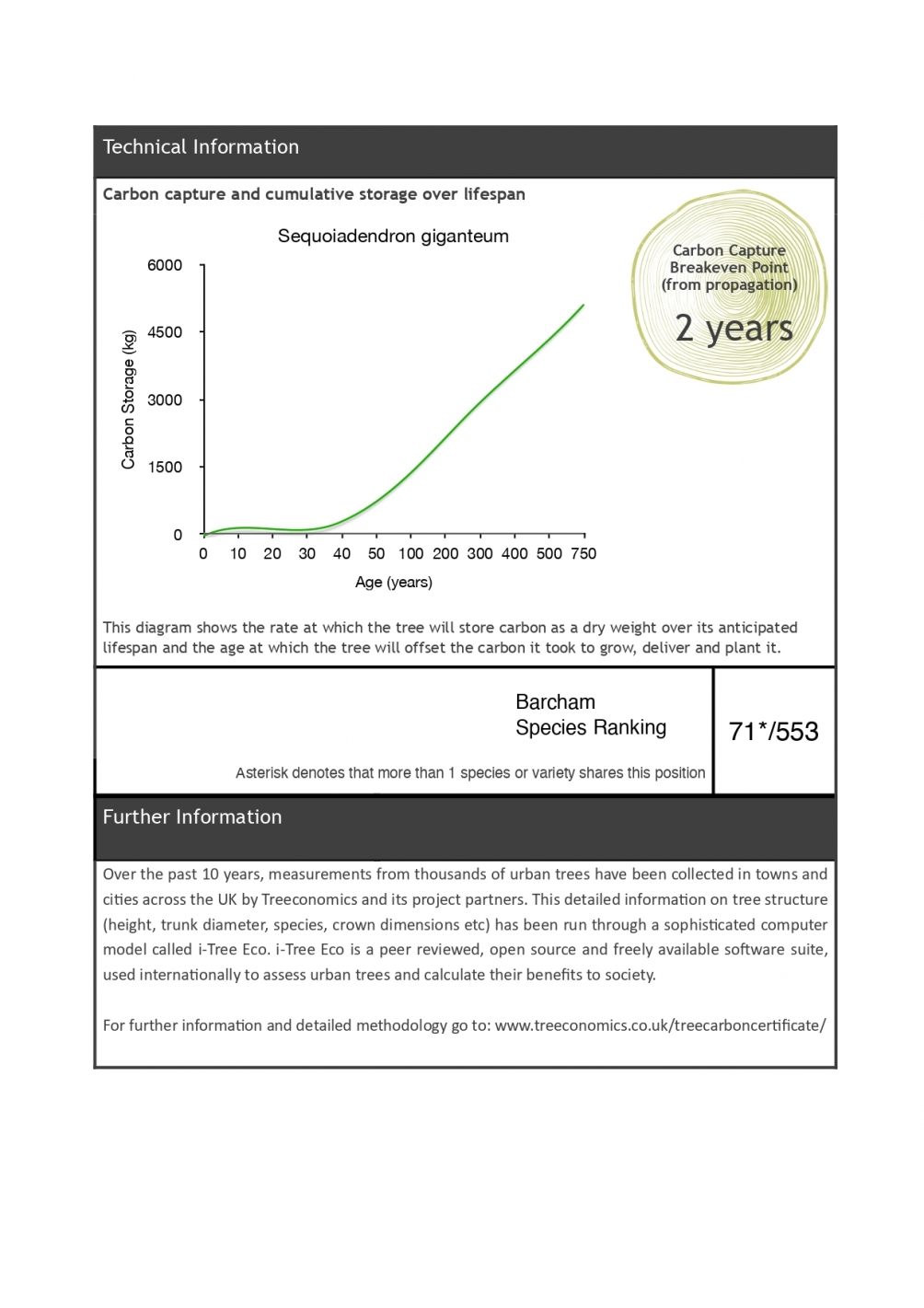 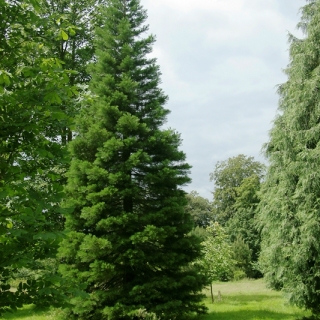 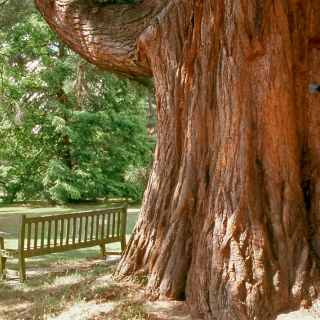 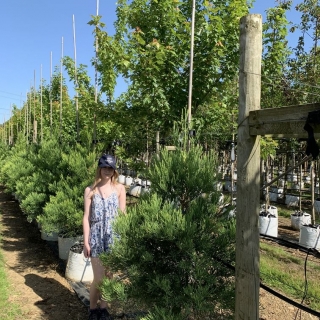 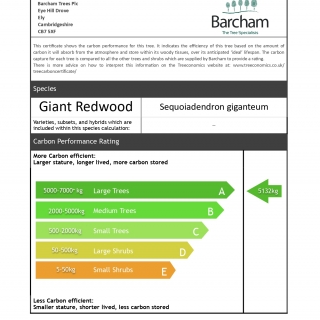 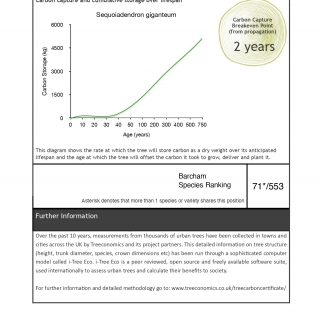 Small specimens are 1.0-1.5m tall. Sequoiadendron giganteum is an absolutely spectacular tree; it is long lived and huge and holds the distinction of being the largest living thing on the Earth, by volume! It can live for more than 3000 years!

This phenomenal specimen is native to California, where it grows on the slopes of the Sierra Nevada.

Giant Redwood are classified as an evergreen conifer, with small leaves that are a light bluey-green, awl shaped, and arranged spirally on the shoot.

The seed cones are long and green, usually maturing in 18-20 months, however they typically remain green and present on a single tree for up to 20 years until the cones are forced to release the seed either due to fire or insects damaging the cones or indeed when the cone scales shrink during hot weather.

The bark of the Sequoiadendron giganteum is equally as magnificent as the rest of the tree, it is deeply furrowed, which a spongy feel and flaky look to it.

It is a bright brown-red colour,  Wellingtonia have a densely branched structure and remain conical in shape whilst they are maturing.

As the tree ages the crown spreads so that it is more widely spread and the branches become more and more down swept.

The national champion in the USA, situated neatly in Sequoia National Park is 36m wide and a monumental 92m high! Given access to water at a young age, this tree will thrive in all soils that drain; they will not enjoy having their roots sat in water continuously however do enjoy a constant supply of water.

As the magnitude of Sequoiadendron suggests it is not a tree that you should endeavour to plant lightly and is therefore best sited where there is plenty of space for the future; one for parklands and estates only