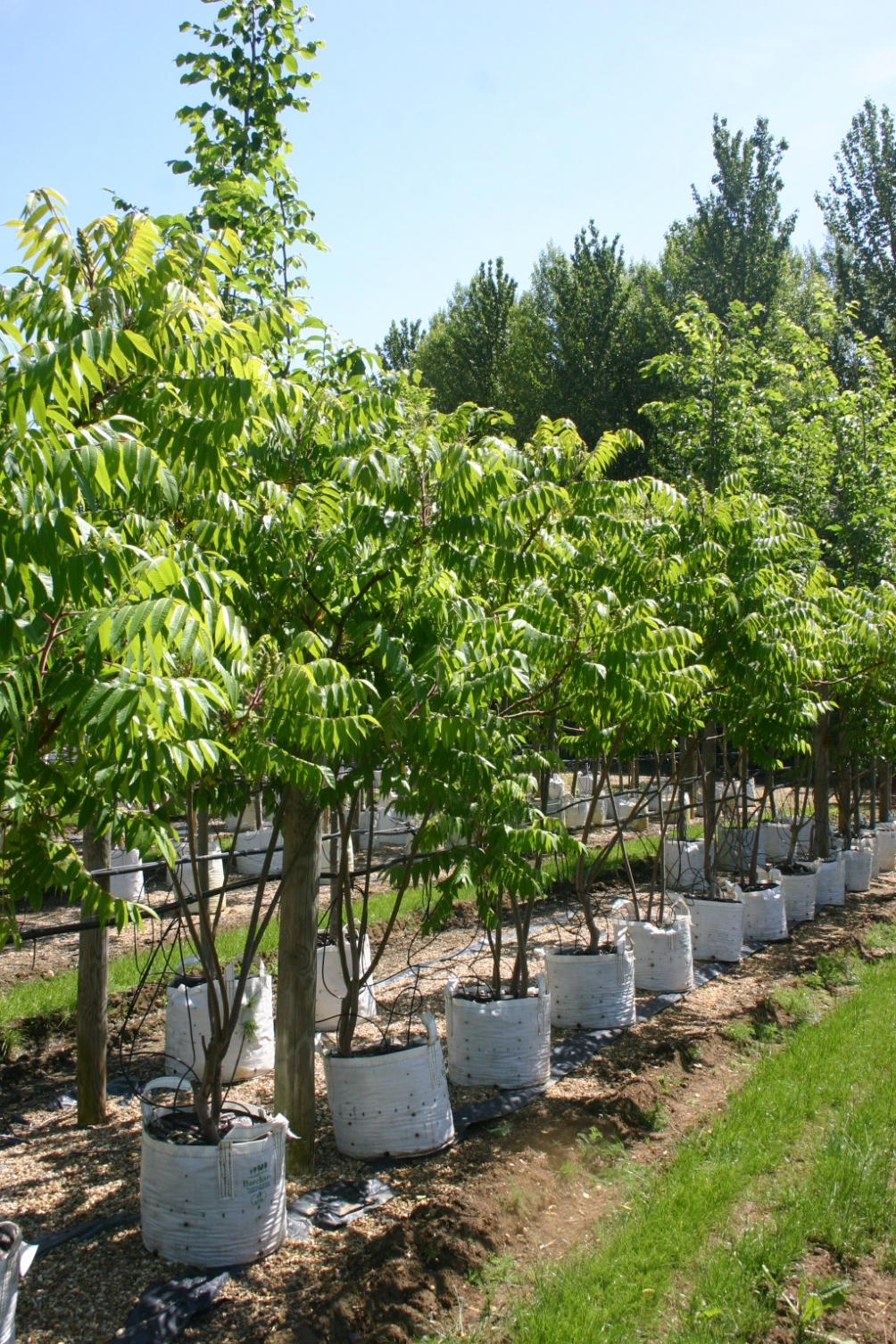 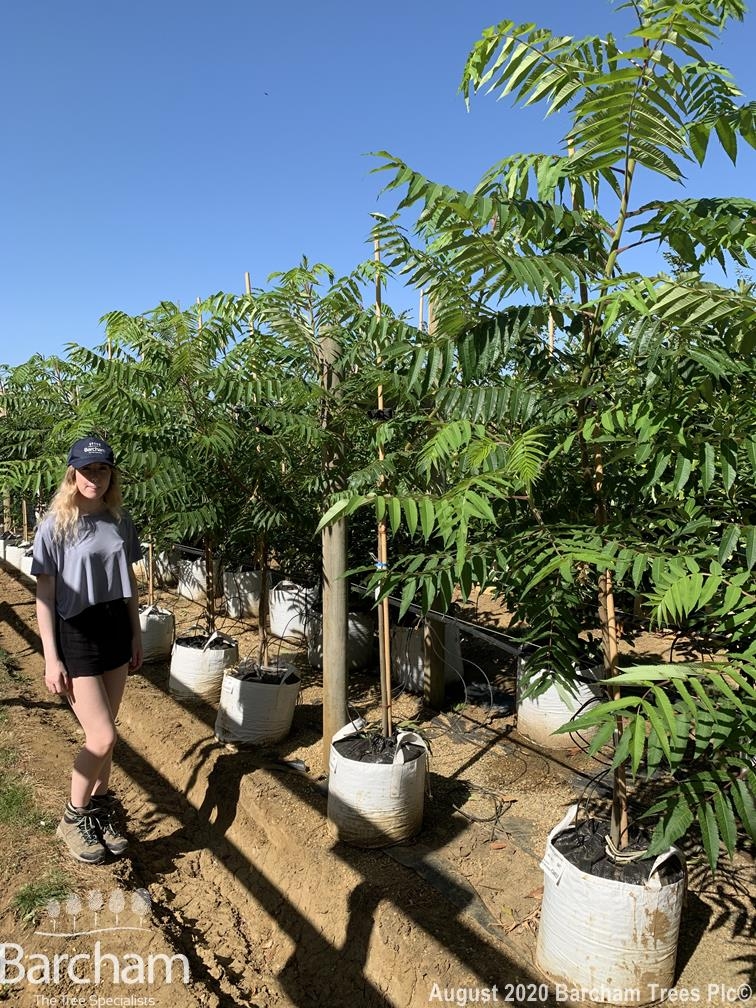 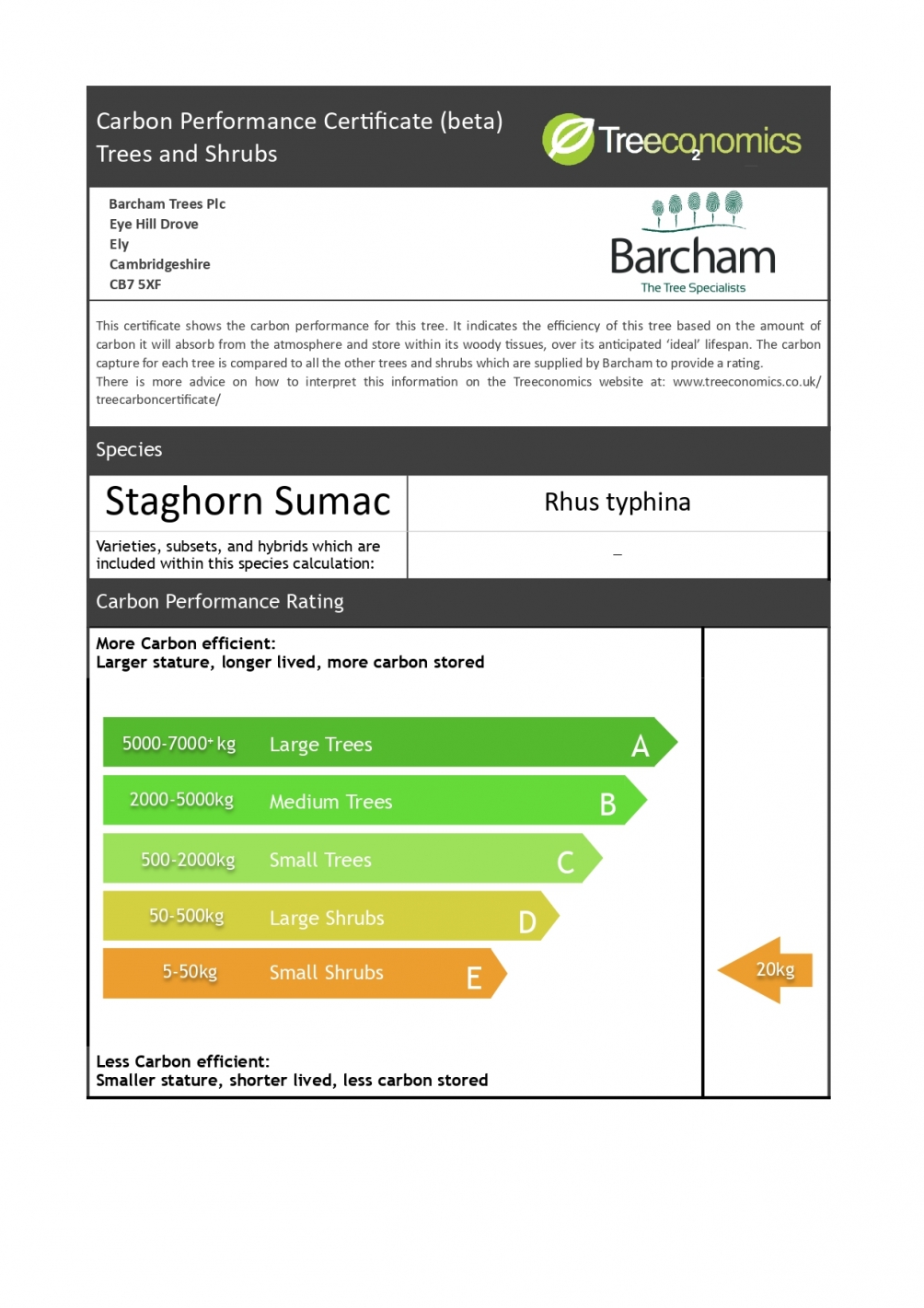 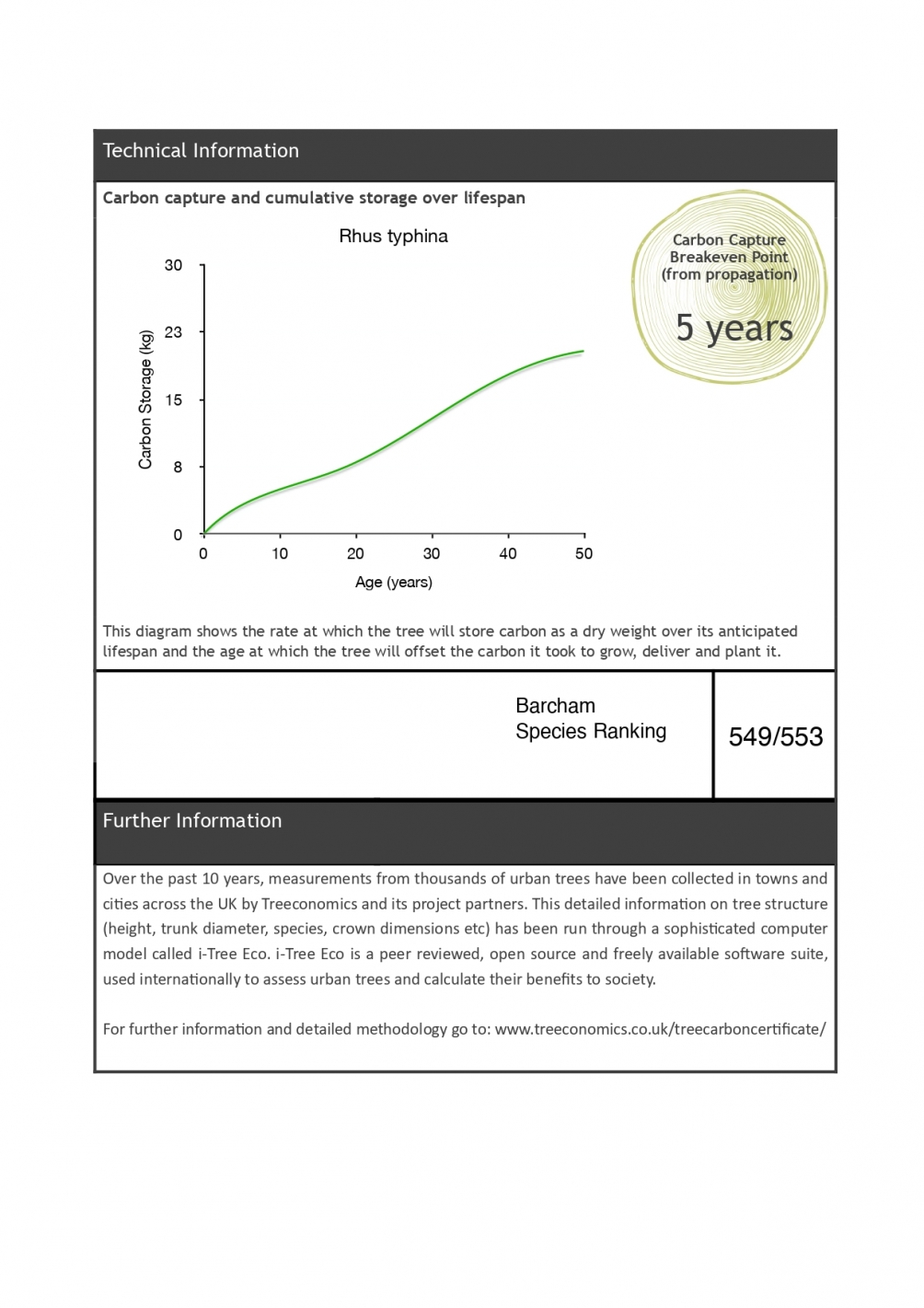 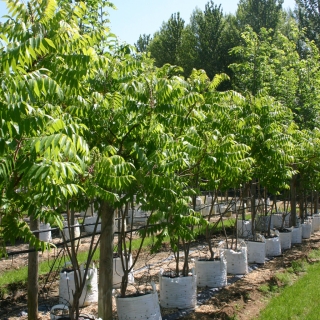 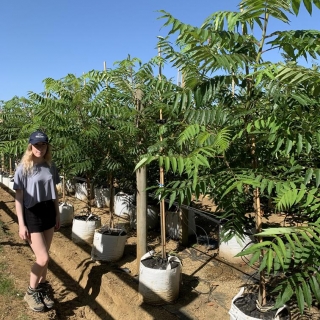 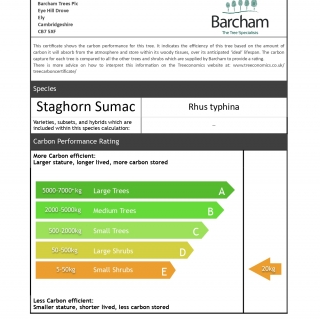 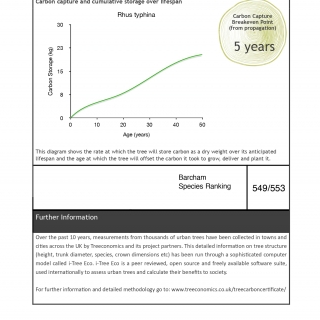 Medium sized specimens are 2-2.5m tall and supplied as multi-stems.

Rhus typhina is an interesting flowering shrub native to North America that can be kept small as a shrub, or make a small tree.

The Staghorn Sumac won the RHS Award of Garden Merit in 2002 and was introduced into the UK in the late 1620’s.

The Stag’s Horn Sumach is a well known shrub in the UK, it has bright green, compound leaves that comprise of between 9 and 31 leaflets, born on stems that are covered in rust coloured hairs.

The angles of the branching pattern is reminiscent of antlers, and hence the derived common name.

In late spring flowers appear and are candle like and yellowy green in colour.

Following this, during the summer, the velvety fruit clusters appear, ripening to a red colour by autumn that often last on the tree throughout the winter.

In autumn, the bright green tones of the foliage give way to a brilliant array of colour, from vivid red through to orange and yellow. At Barcham, we grow Rhus typhina as a large multi-stem which produces an architectural and interesting shape.

This small tree tends to spread very wide and concentrates foliage mainly towards the top of the bare multi-stems.

The national champion in the United States is over 20m tall, however in the UK it rarely reaches much over 5m.

Rhus is a tough tree and will tolerate most soil conditions, providing they are well drained.

The Staghorn Sumac is a great addition to gardens and parks, and whilst it should be planted carefully due to its propensity for suckering, it will reach a limited size in restricted space and provide year round interest.