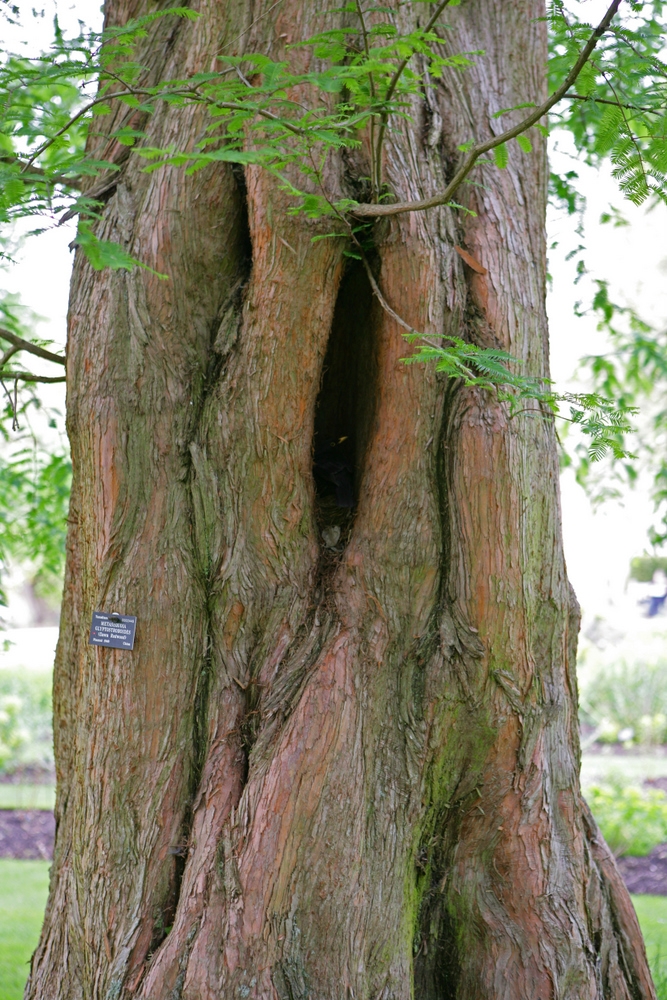 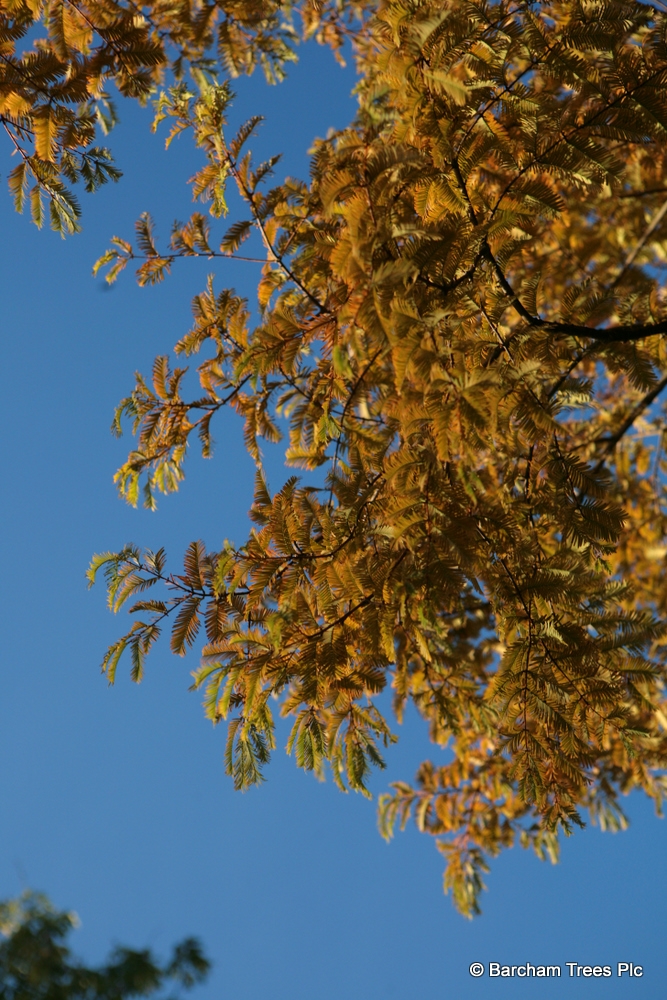 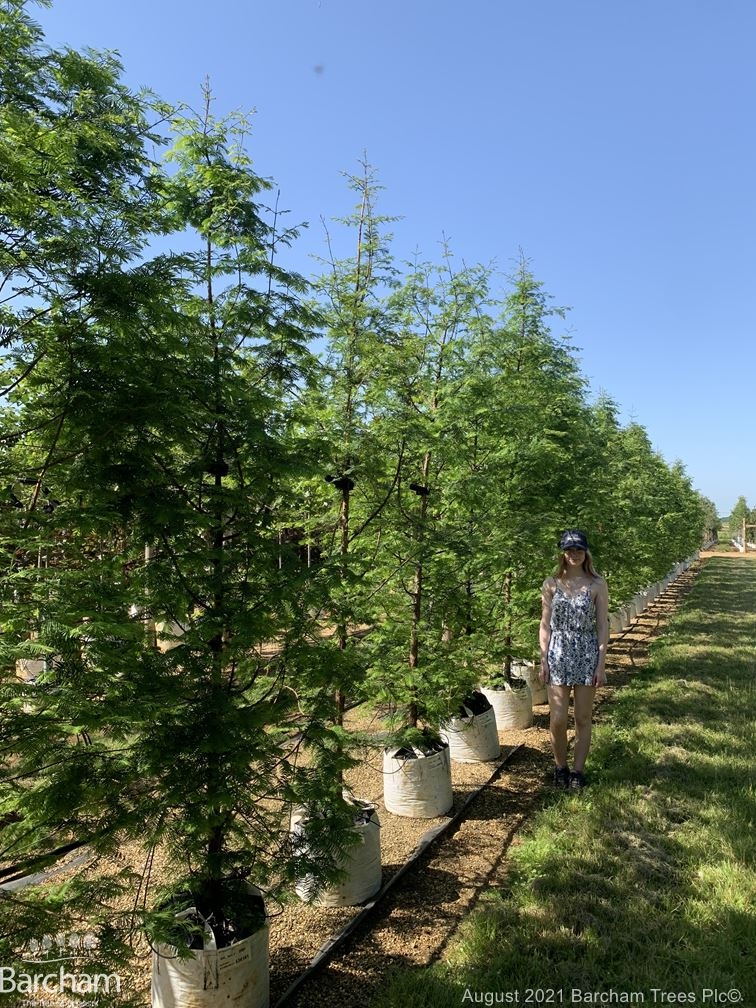 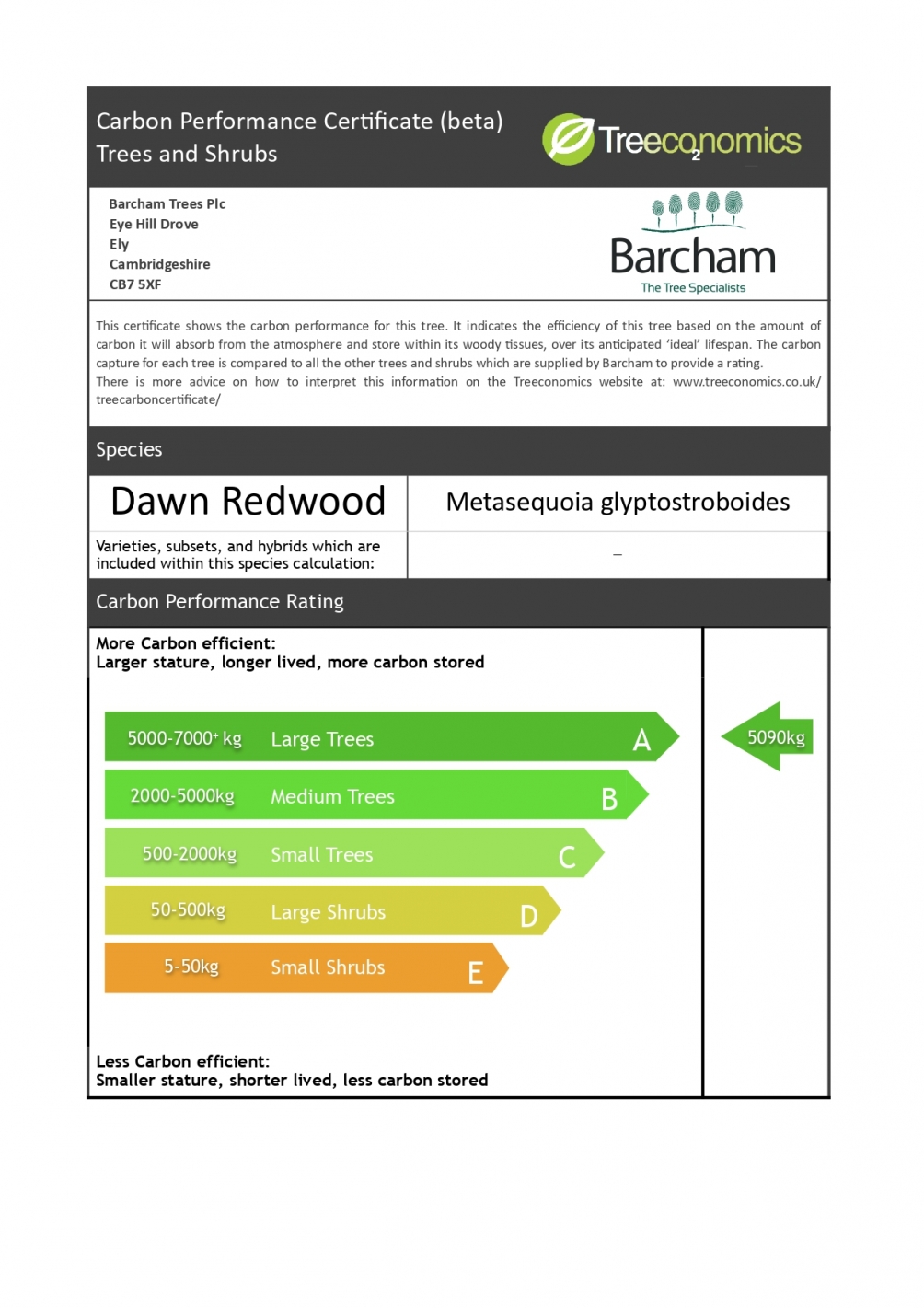 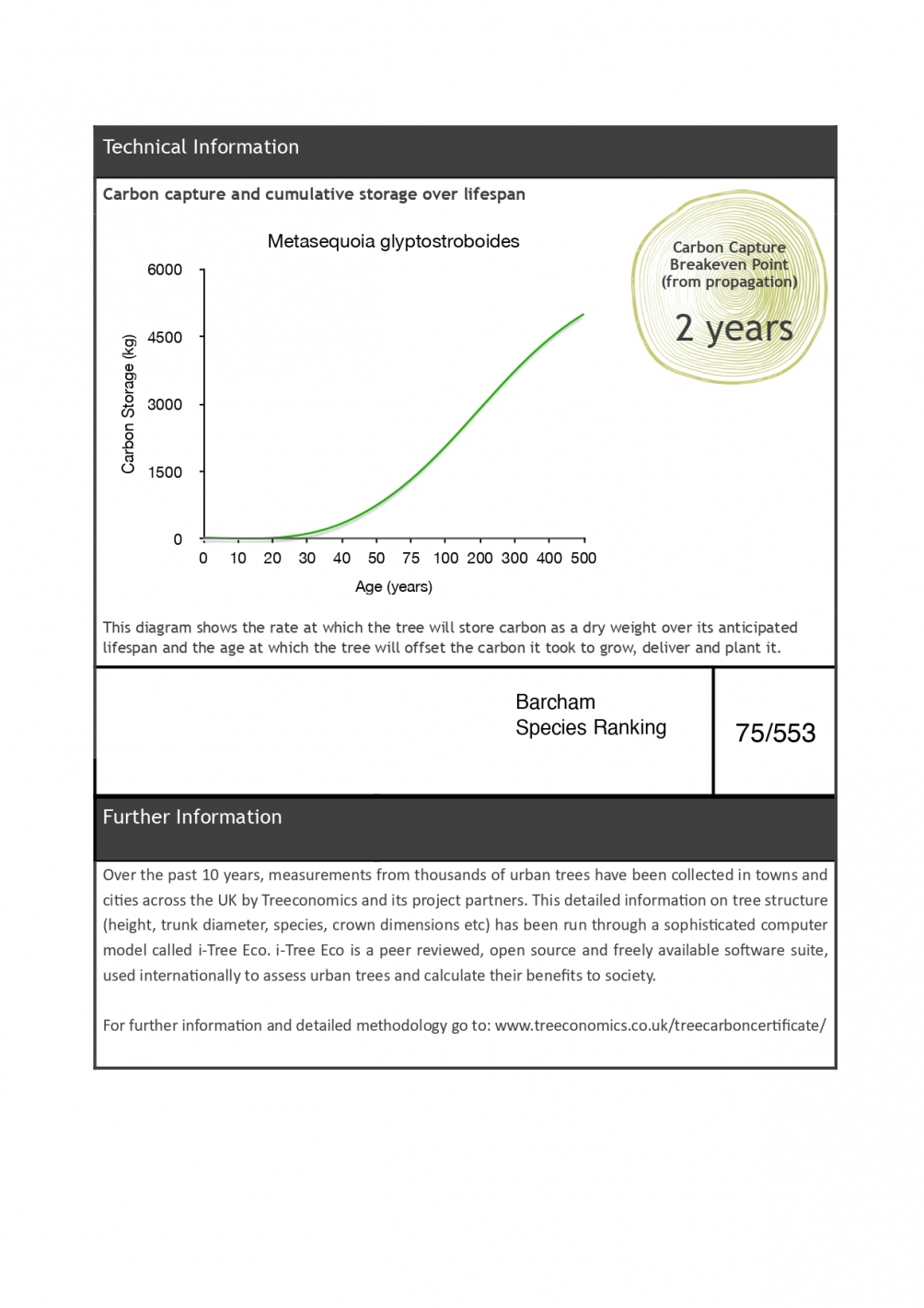 A bark of a mature specimen of Metasequoia glyptostroboides 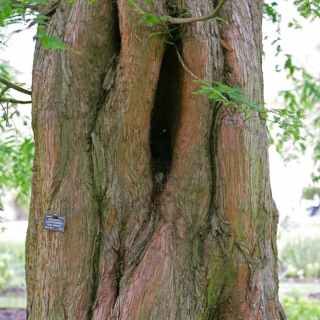 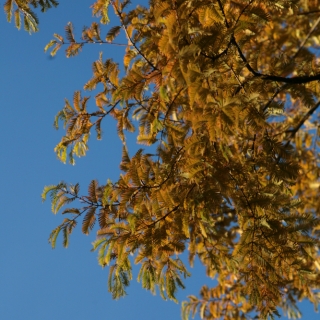 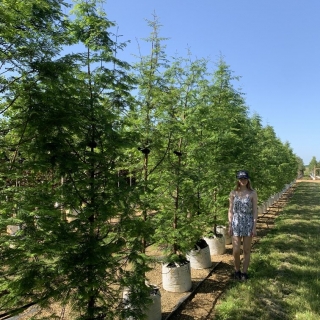 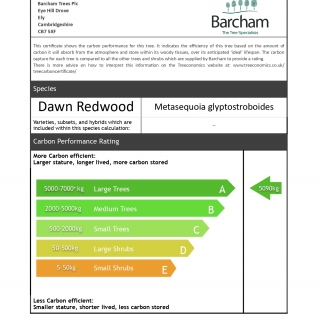 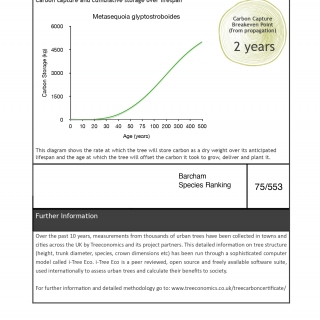 Metasequoia glyptostroboides is an interesting deciduous conifer which is the last species remaining of the Genus Metasequoia. Previously this Genus only consisted in fossilised form until the Dawn Redwood was discovered in China in the late 1940’s.

This tree is often confused with Taxodium, the Swamp Cypress, as it has similar feathery, needle like, bright green foliage that turns a beautiful golden, orange brown in the autumn time.

The bark is a deep drown red in colour and extremely spongy and shaggy in appearance.

Metasequoia glyptostroboides is an extremely fast growing and large specimen at maturity which forms an impressive and statuesque specimen that will make its mark on any landscape.

It is a tough tree that will grow well on most soils, preferring the soil to be moist for the first couple of years after planting, so bare this in mind with your watering regime post planting.

This large and interesting tree can grow to great heights, potentially reaching around 60m, over many years.

In the UK it has fast secured itself as a useful large urban tree, as it is tough and can withstand air pollution.

Generally it is best to ensure that Dawn Redwood has plenty of room, planted in an estate, parkland or very large garden.

It is the perfect choice to make an impact on the sky line, as its distinct and unusually large stature will ensure it is a sight to behold all year round.