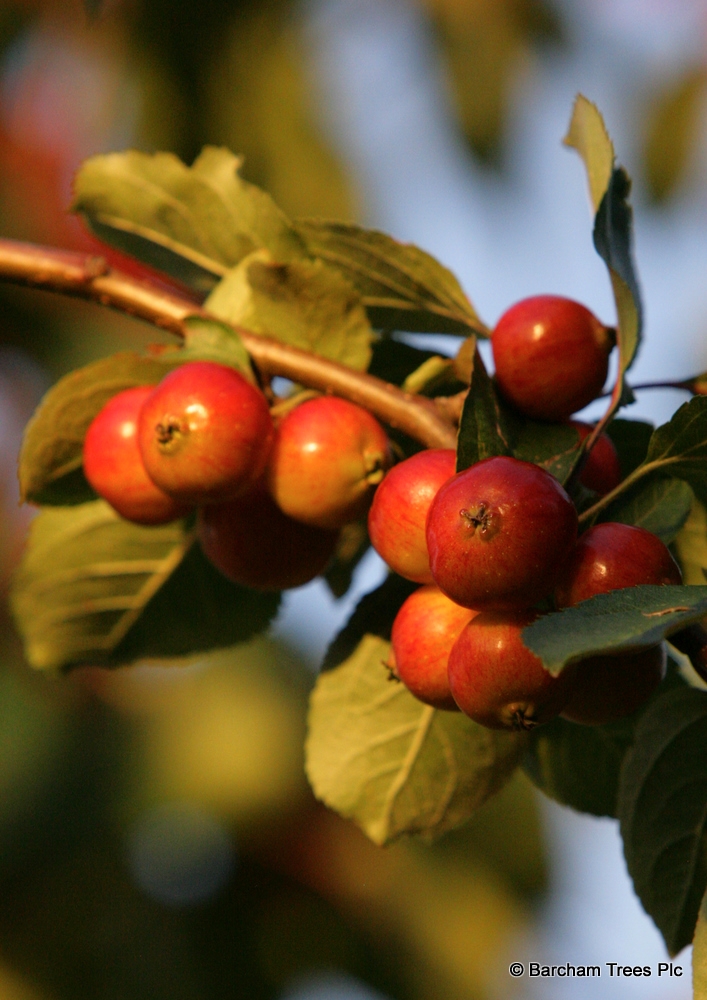 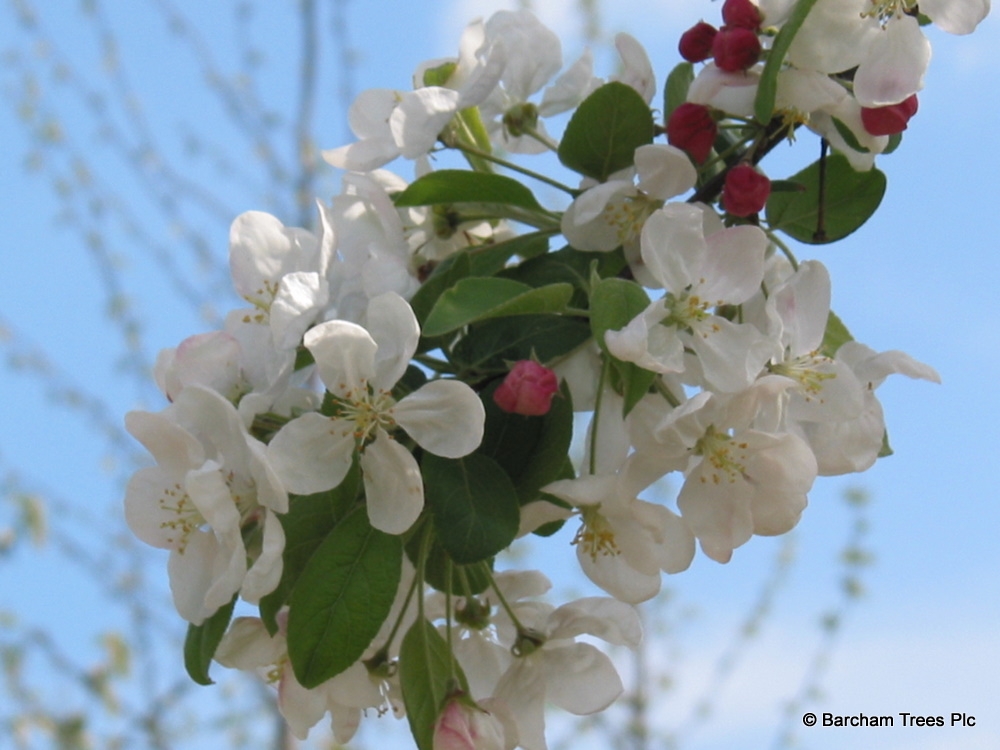 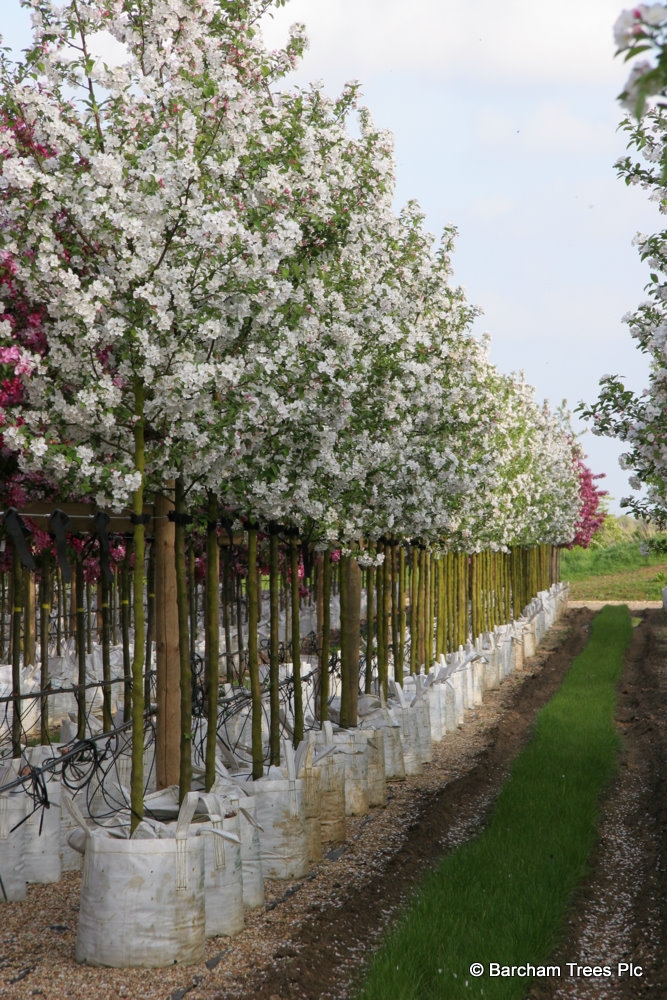 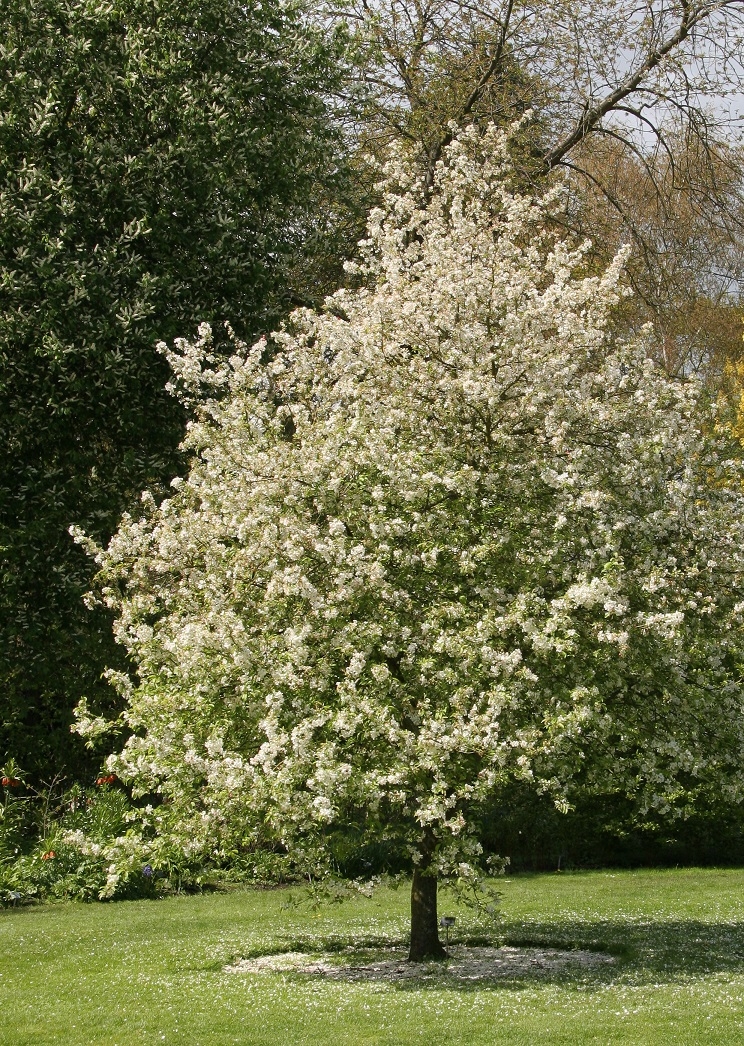 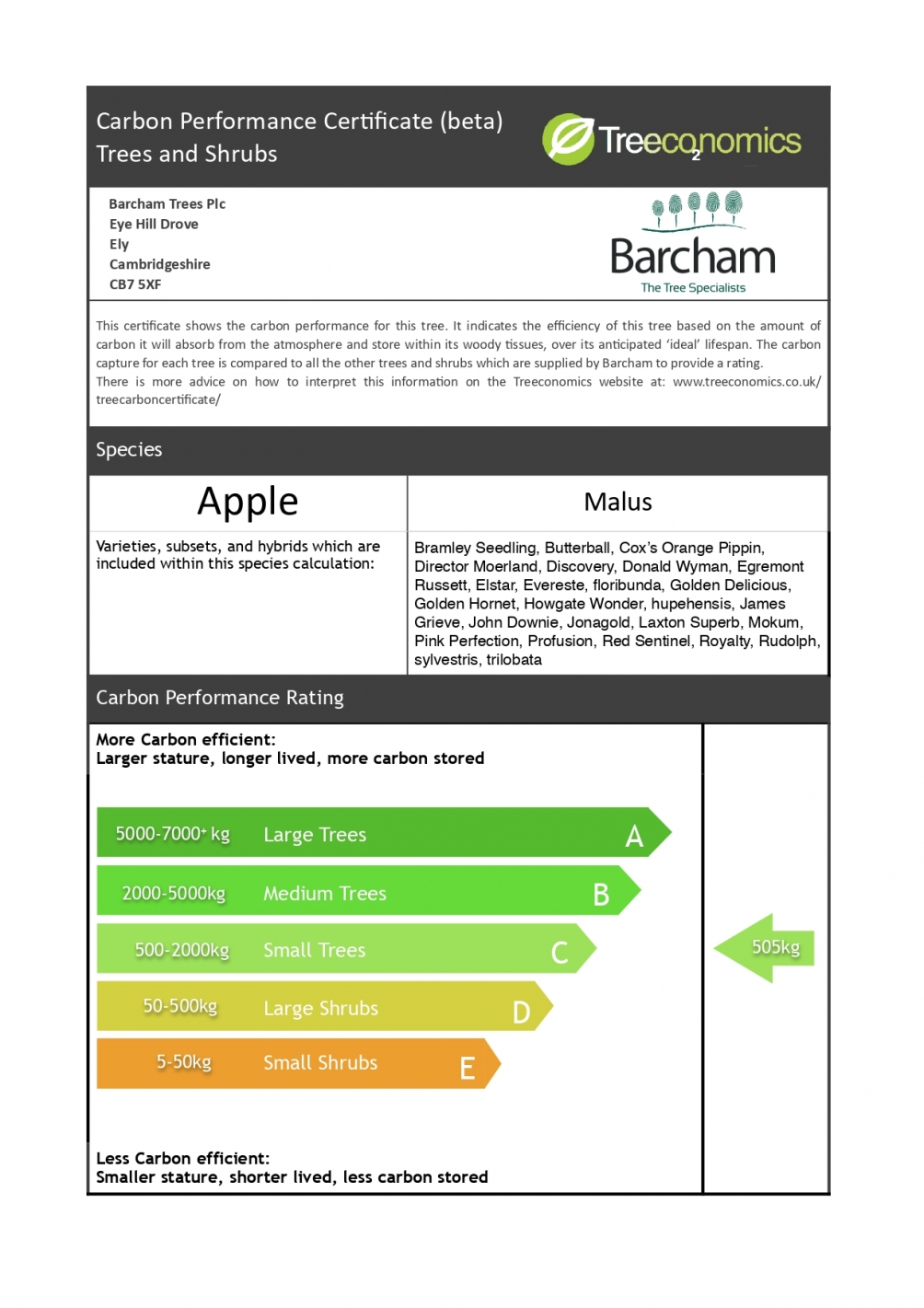 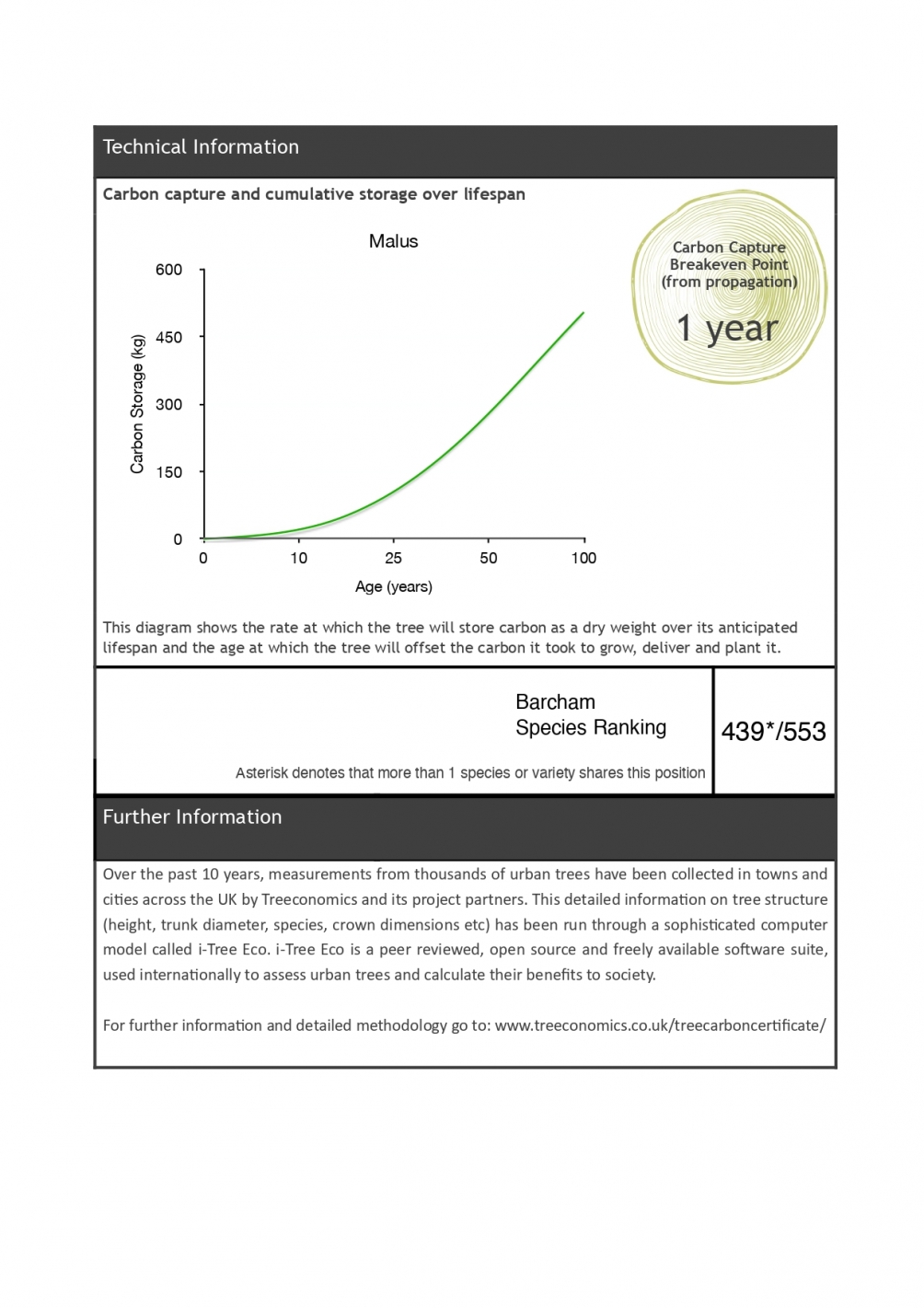 The rosy red and orange fruits of Malus Evereste in detail 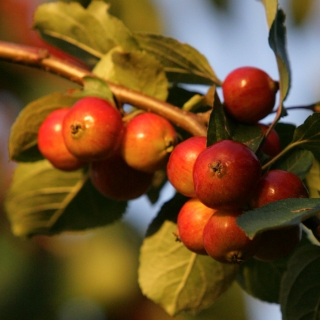 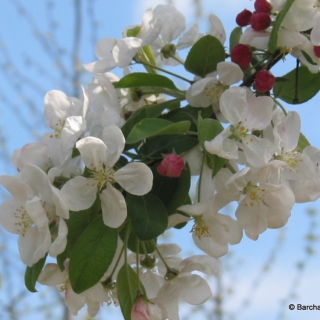 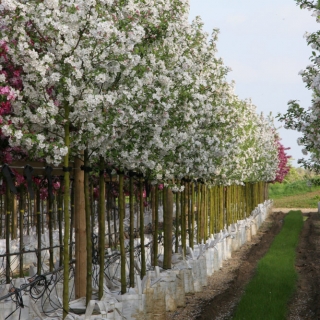 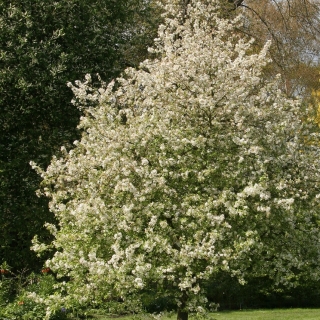 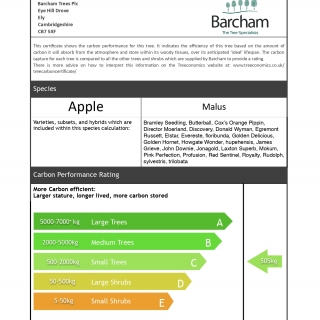 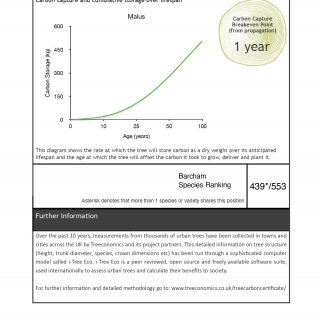 This crab apple is notable for its beautiful and profuse display of flower in the spring time. The flowers appear bright red in bud and then open to a brilliant white. The foliage is typical for a Malus, appearing in spring a glossy green colour, turning to golden yellow in the autumn time.

The small fruits look like miniature ‘Gala’ apples and remain on the tree until they are picked off by the birds later in the winter.

Malus evereste was introduced in the early 1980s and won the Award of Garden Merit in 2002. We have 3 favourite Malus, one pink flowering, one upright and one white flowering, this is the white one!

This stunning small tree forms a small, regular and compact crown. It is a tough performer and will thrive in most soils. Malus are a particularly good choice for planting in clay soils which they will tolerate well.

This small tree is the perfect addition to any small garden and will give a pleasing display all year round.

It is a great choice to bring colour in the spring as well as the autumn and being a late spring flowerer is useful planted with an early flowering tree; a Magnolia or an early flowering cherry such as Prunus Accolade, this will stretch the colour in your garden over the longest period possible.

If you live in an area prone to rabbits or deer then we recommend rabbit guards for these trees.