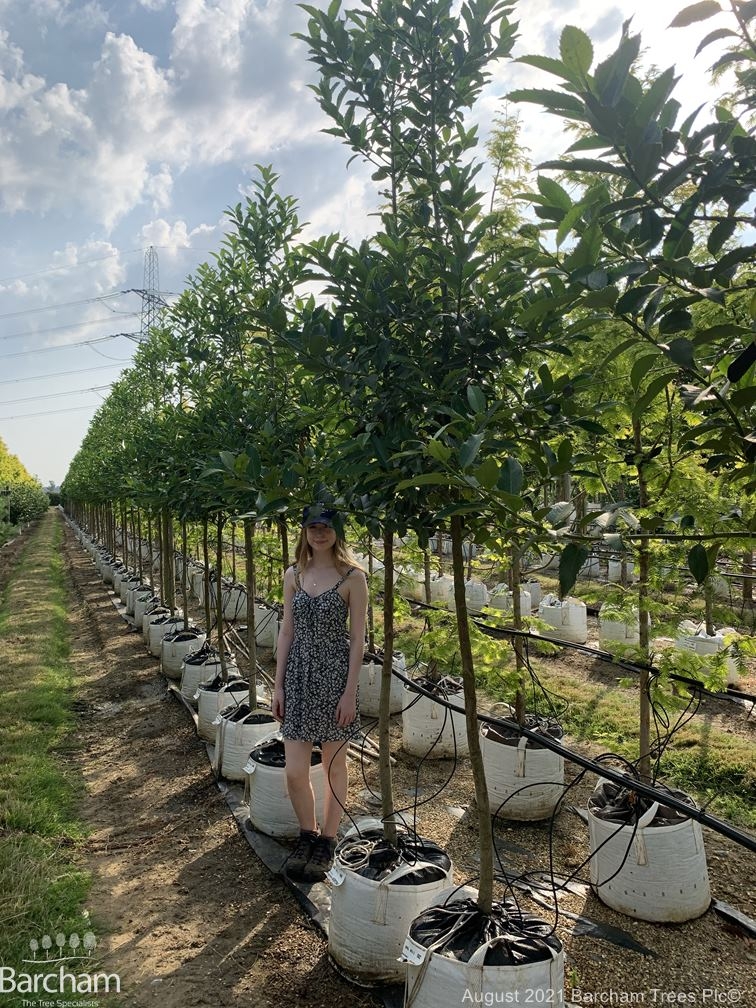 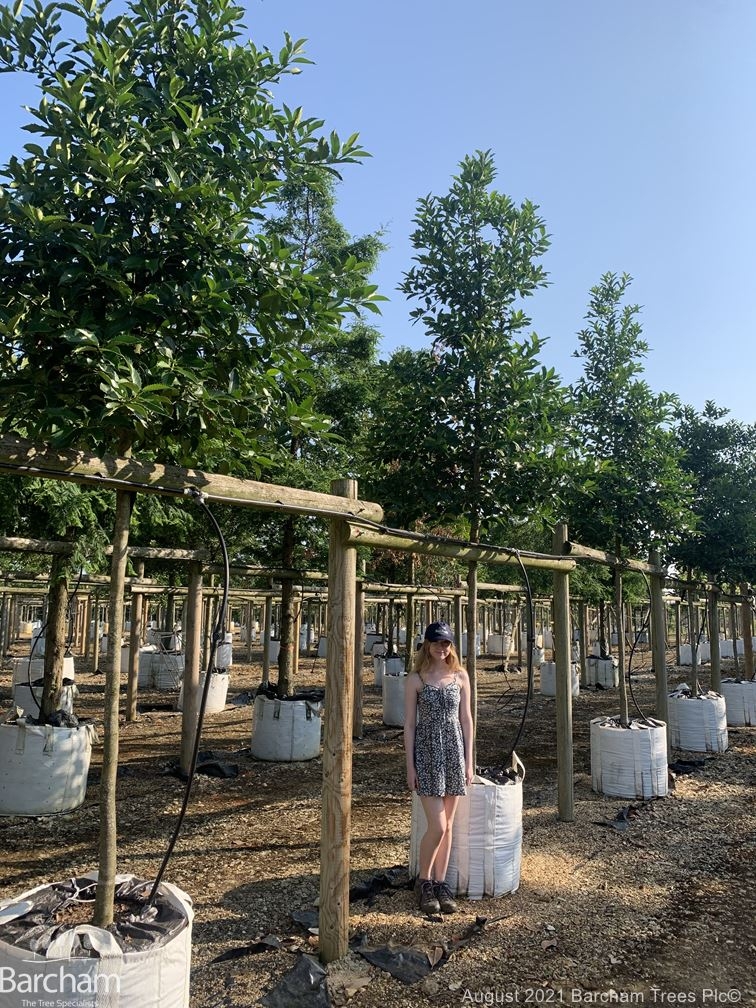 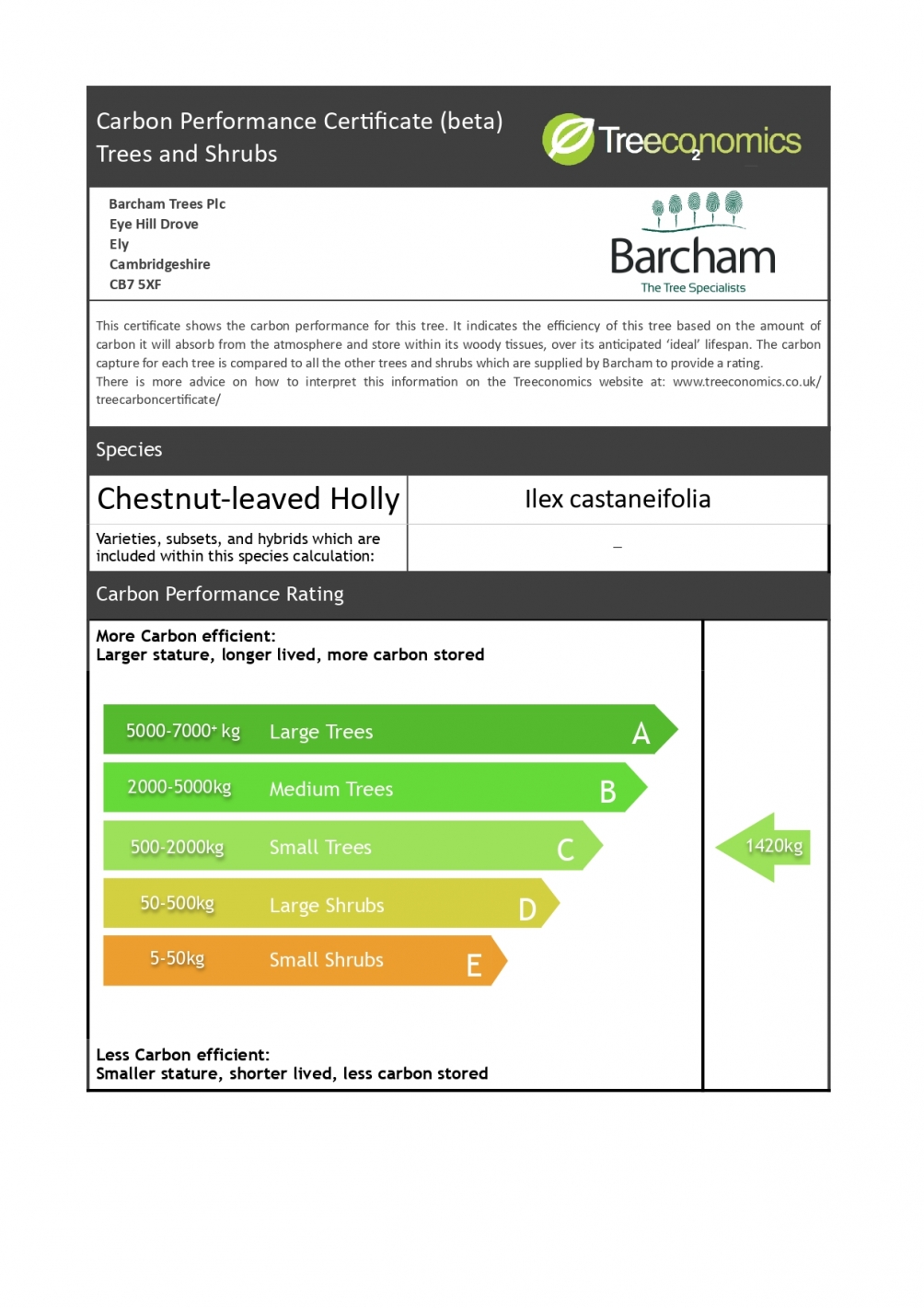 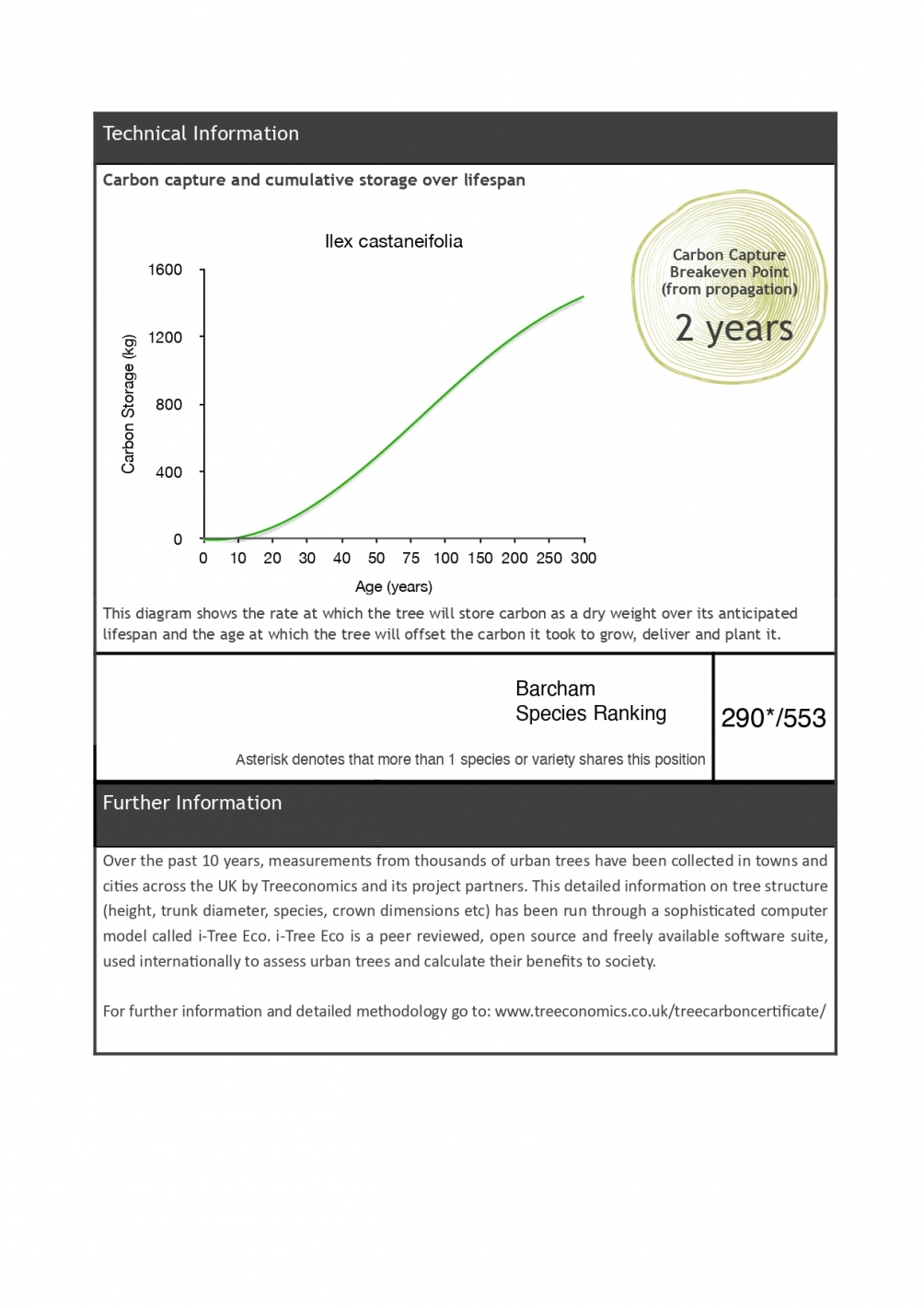 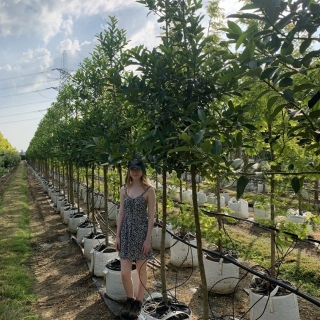 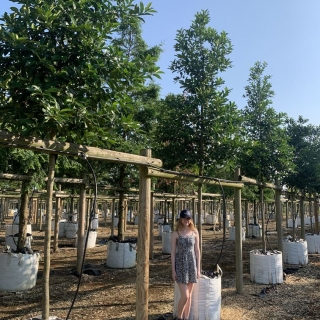 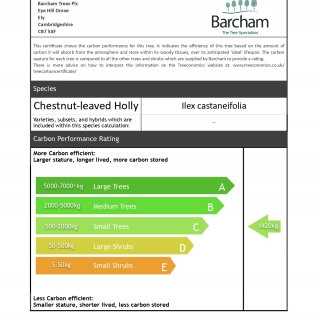 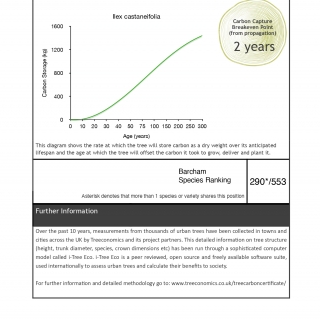 Ilex castaneifolia is a superb, vigorous growing, female Holly which won the Award of Garden Merit in 2002.

This tree is a great favourite at Barcham; it has large and thick green leaves which are marginally spiky at the edges, resembling the foliage of Castanea sativa from which it is named.

The bright red berries appear in small clusters and are produced in abundance in the autumn time following a delicate of flowers in the spring.

Ilex castaneifolia is a form of Ilex x keohneana, thought to be of French origin, and due to its strong apical dominance it produces a medium to large tree with a distinctively pyramidal shaped crown.

Like many other Hollies, this tree is tolerant of shade and will thrive on most soils, providing they are well drained.

This super tree is a great choice for high level screening as it produces a definite and dense screen above the fence line and has the benefit of giving year round interest.