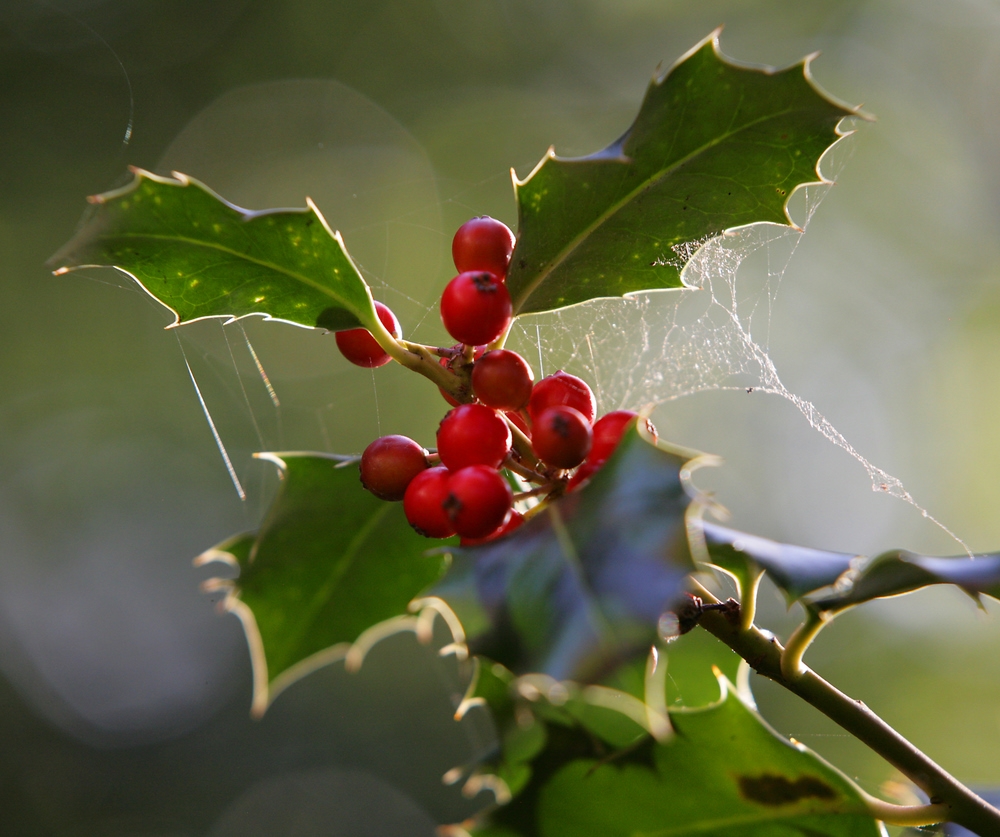 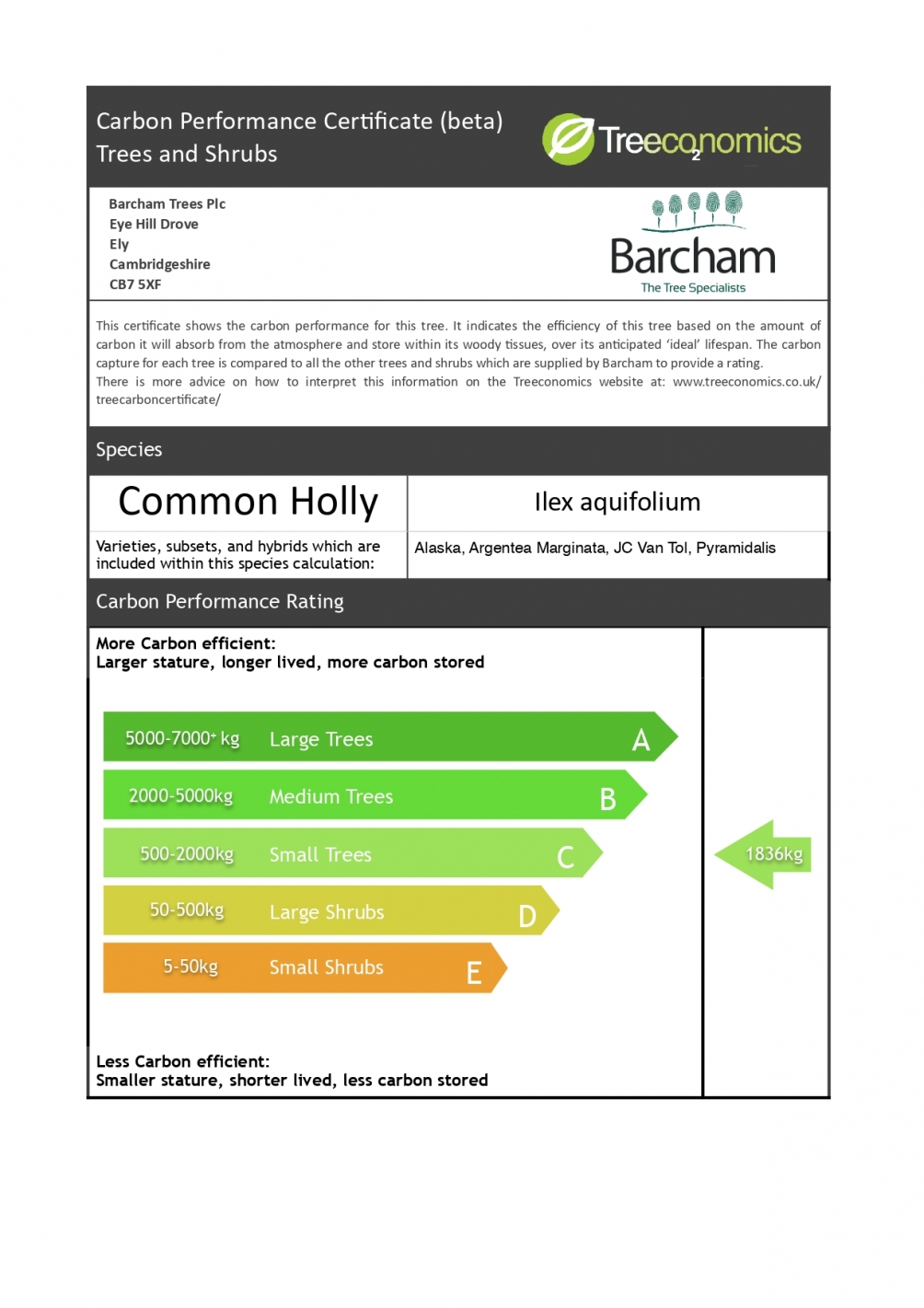 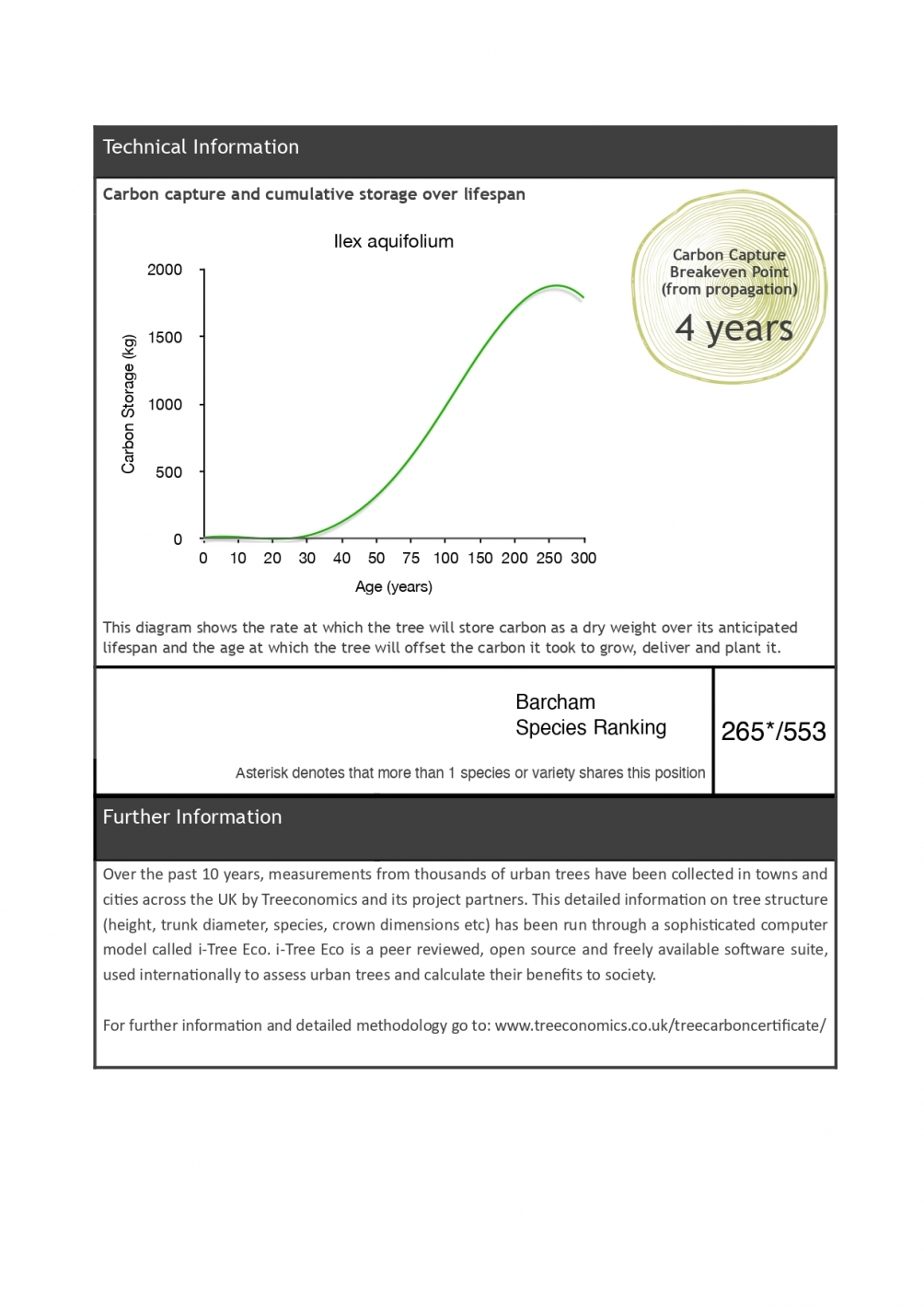 The foliage and berries of Ilex aquifolium in detail 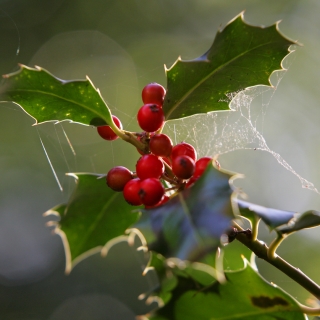 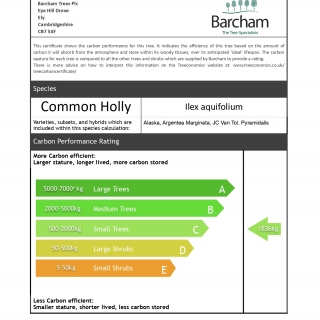 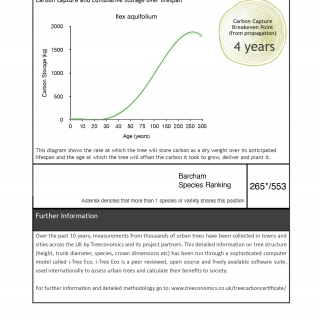 Ilex aquifolium is a beautiful evergreen whose berries and leaves have been long used to produce attractive Christmas decorations.

The English Holly is a classic evergreen tree, producing leaves which are thick and waxy and have lobed, spiked margins. The small flowers are white and borne in late spring, at which point they are pollinated by bees.

The bright red berries then follow on from this, developing throughout the summer time to mature in October and November, at which point they are quite bitter and thus tend to then remain upon the tree until after the first frost. The frost softens and sweetens them, making fruits palatable to birds and small mammals.

Ilex aquifolium is native to Britain; it is a small tree at maturity which forms an attractive, pyramidal shape.

Like many evergreens the European Holly prefers well drained soils and will not thrive in soils which have a propensity for water holding.

This small growing tree is perfect to bring winter colour into small gardens; it will also tolerate shade, making it a useful tree for planting under the canopies of already large, existing trees.