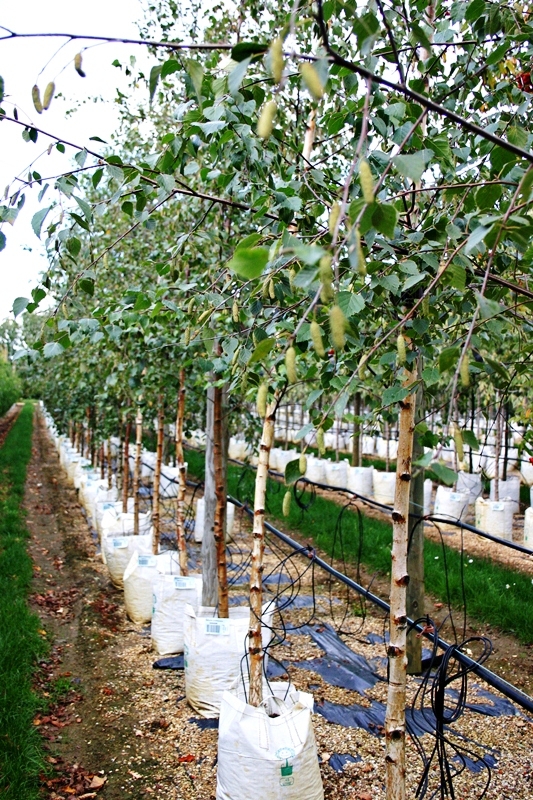 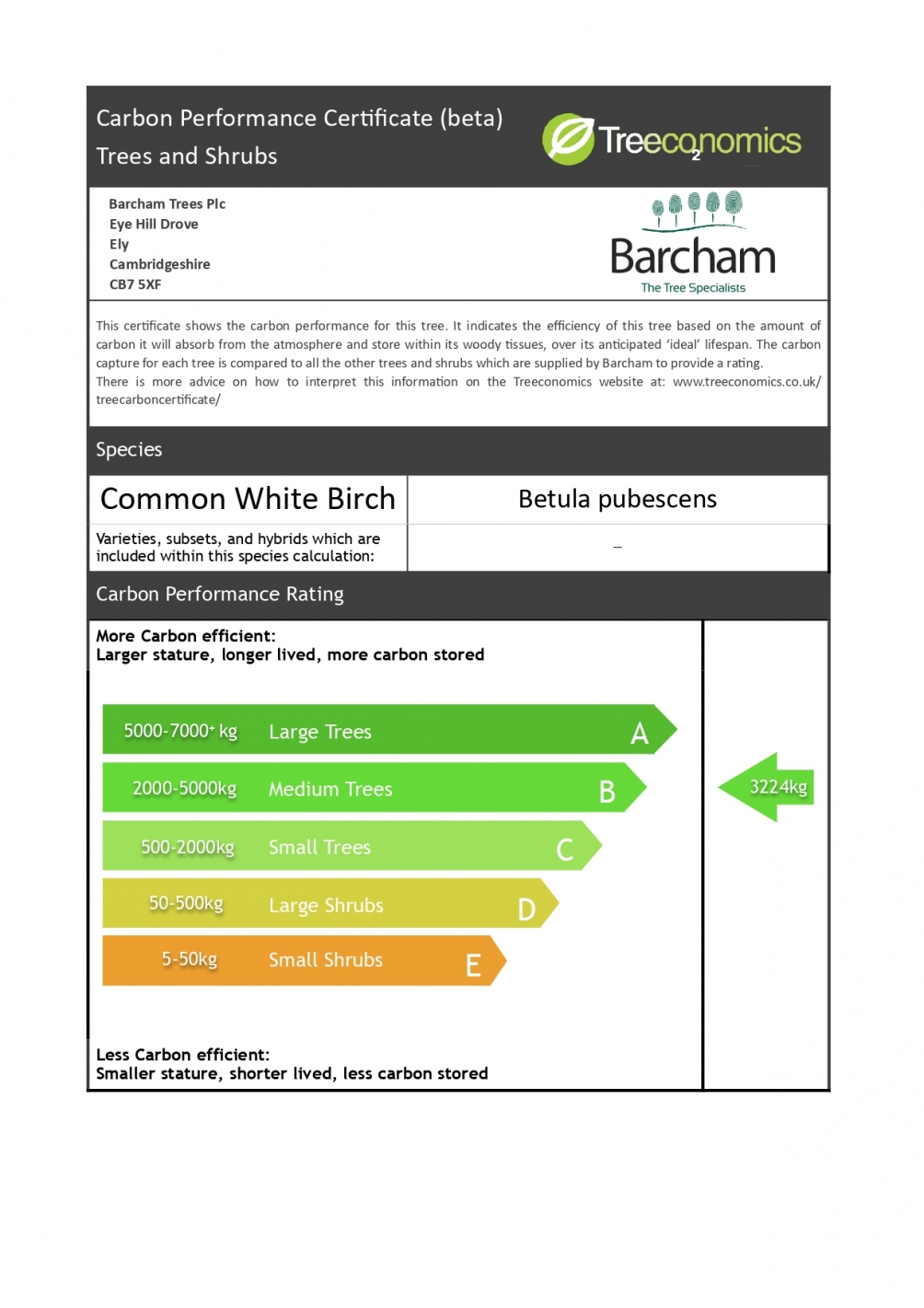 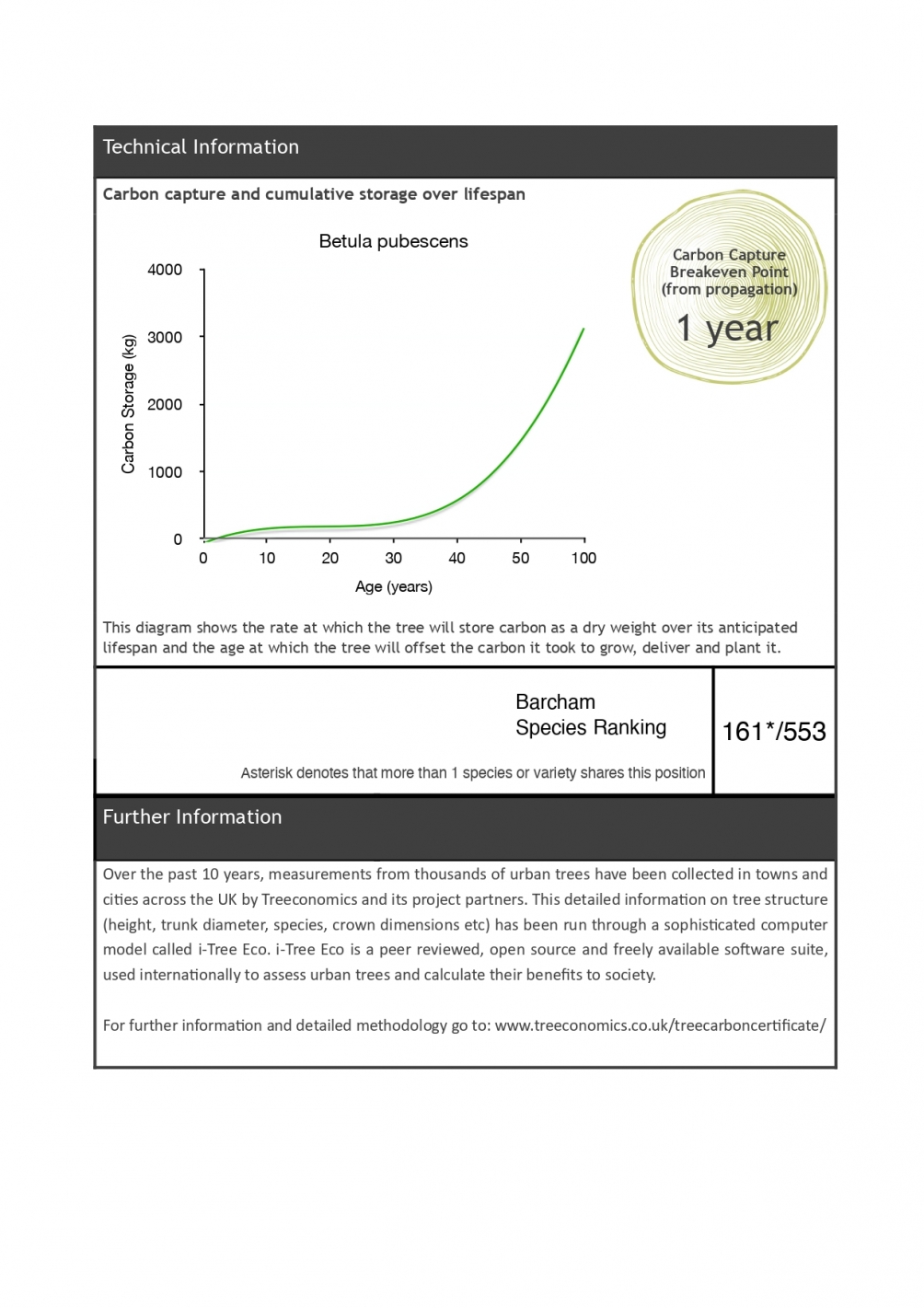 Betula pubescens during the summer on our nursery 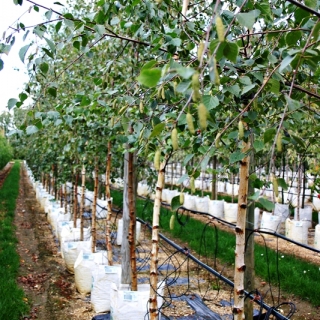 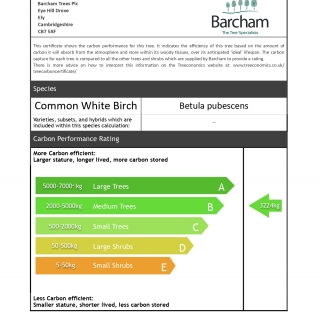 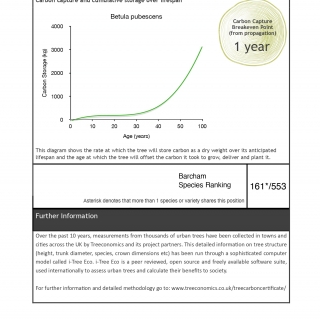 Betula pubescens, also commonly known as the Downy Birch, is the lesser known white barked Birch which is native to both the UK and Europe.

Like all Birch, this tree has an attractive bark which is a dull white and peels with age, it is distinguishable from Betula pendula in that it is duller in colour and does not exhibit the dark diamond shaped cracks on the bark.

As the common name suggests, the Downy Birch, has downy shoots and small ovate leaves which have a serrated edge.  Catkins are produced early in the spring before the leaves emerge.

Betula pubescens prefers a damper soil than Betula pendula and is therefore more generally found towards the West of the UK, yet is a tough contender and will tolerate most soil conditions.

As a mature tree this specimen is more compact than Betula pendula, forming a more pyramidal shape than its relation.

It is a great choice for damper parklands and estates and is useful in creating copses with a naturalised look.