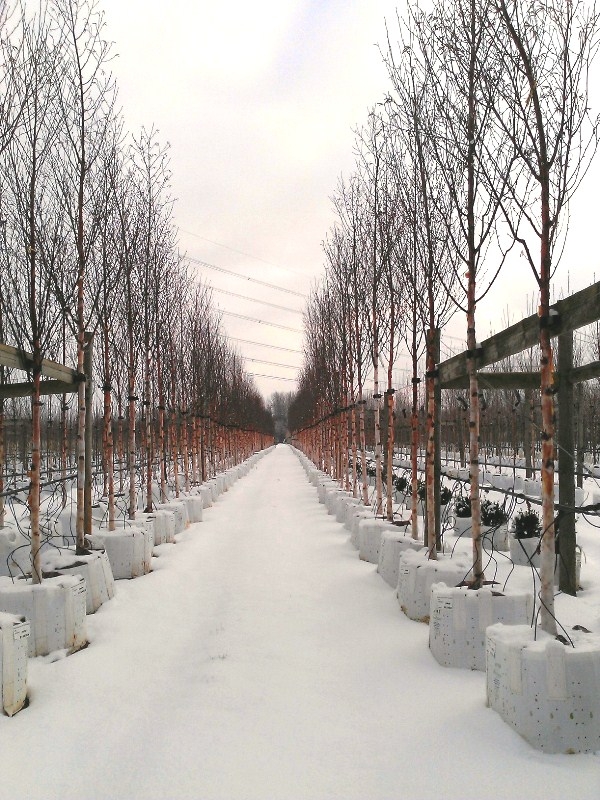 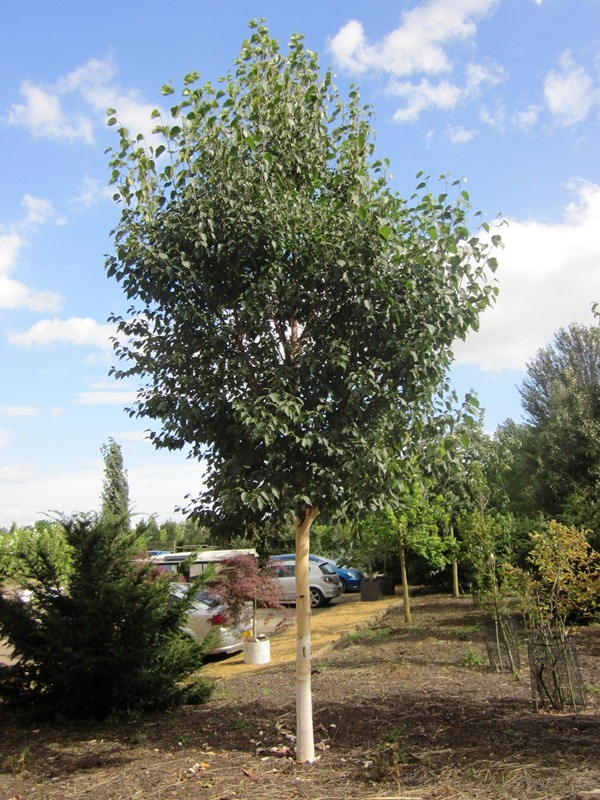 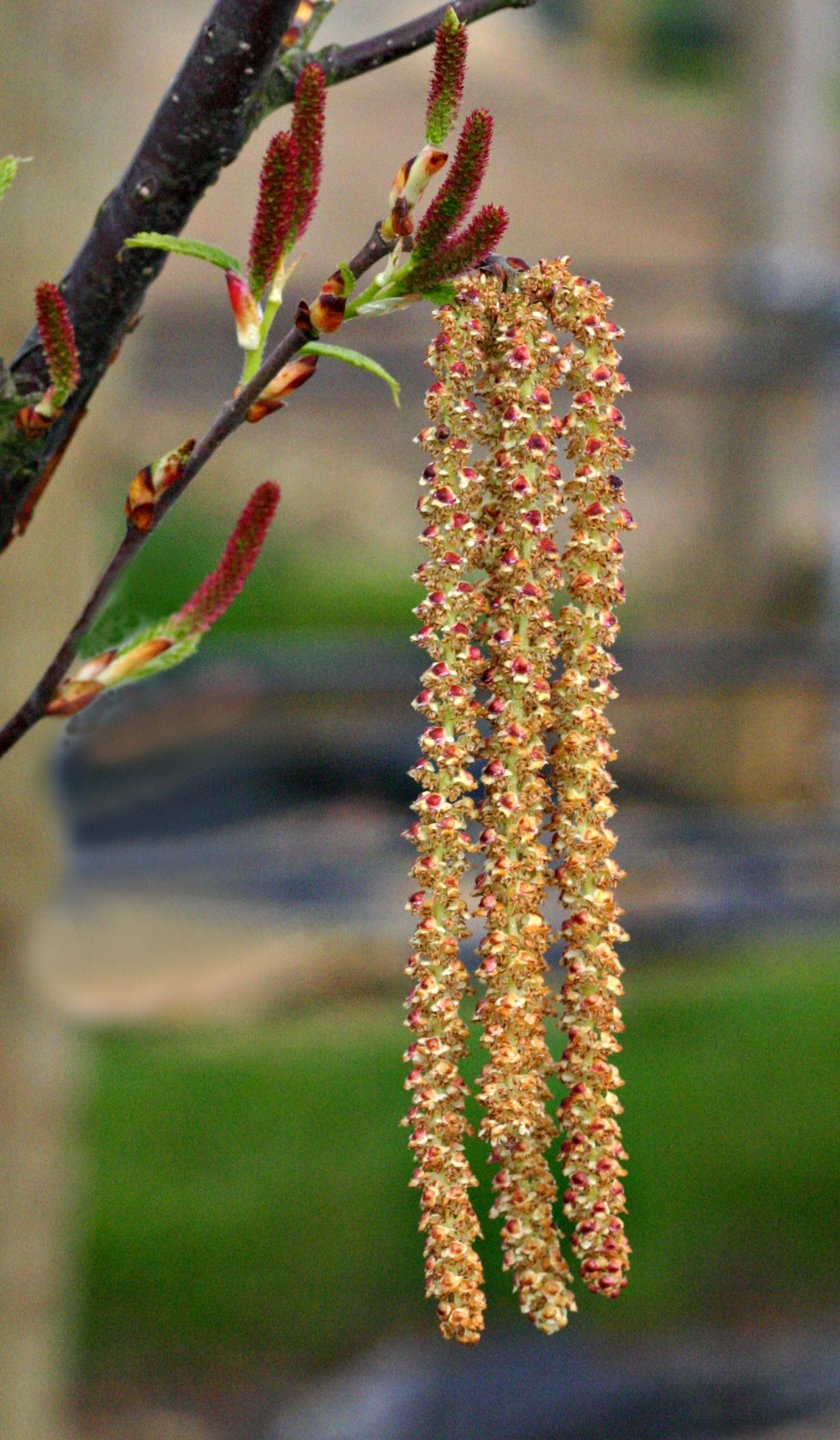 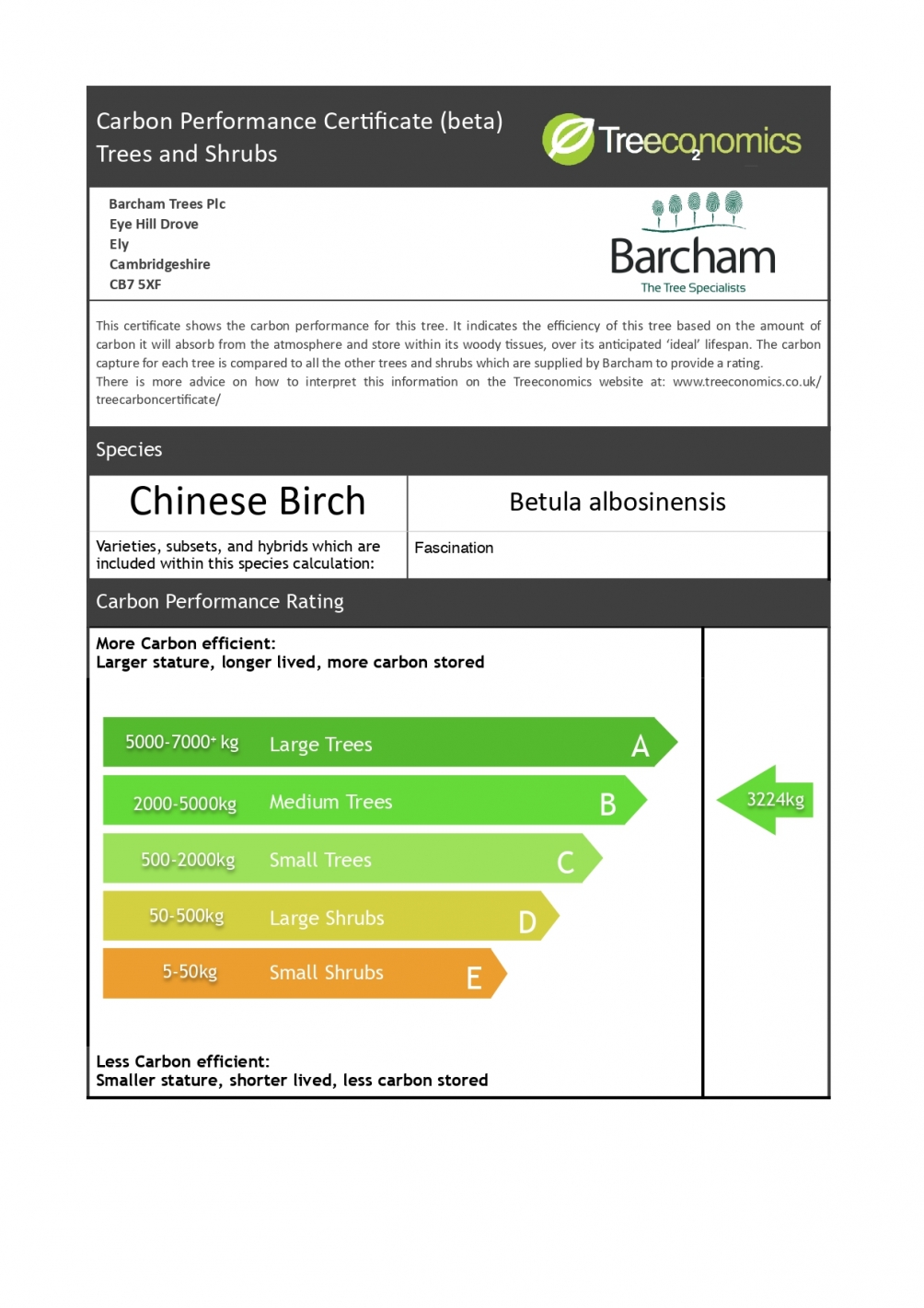 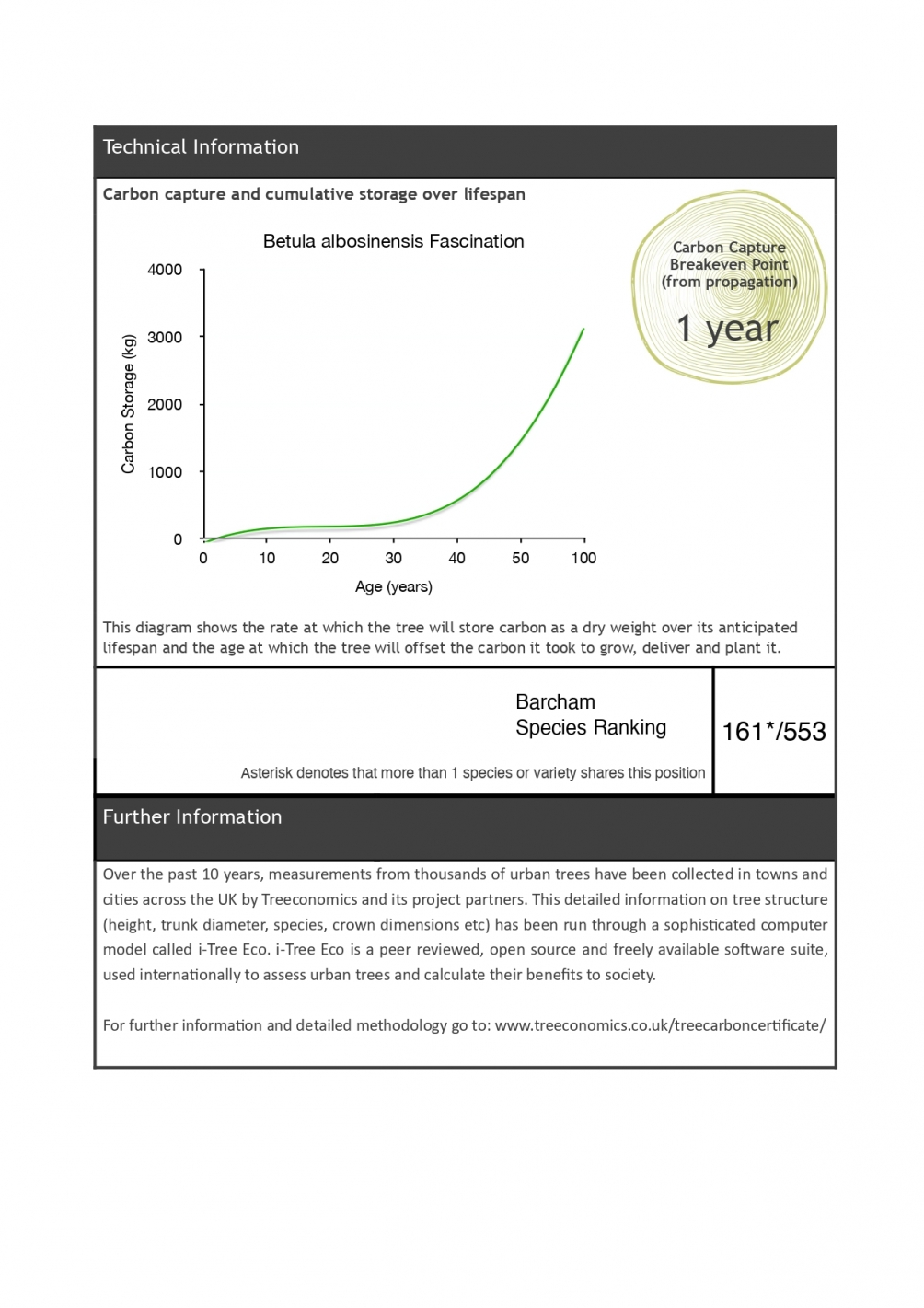 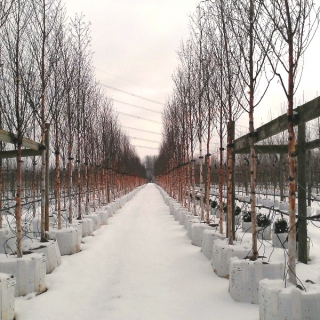 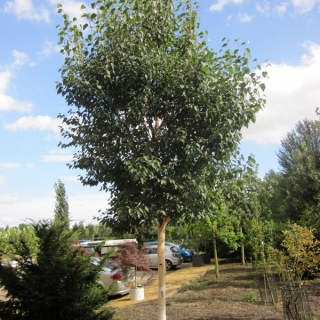 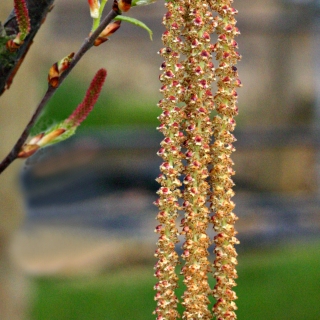 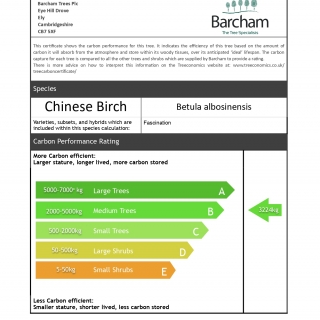 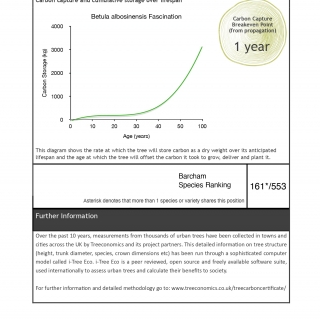 Betula albosinensis Fascination is a species of Birch tree which is similar to Betula utilis Jacquemontii, but with a twist!

Like all Birch trees this one is notable for its attractive bark which is rich orange-red or orange-brown and peels off in sheets to reveal another layer of bark, each slightly lighter in colour than the last. When wet with rain, the young bark shimmers, looking almost iridescent. O

nce the tree reaches over 30cm in girth, the bark is a most striking stark white, contrasting nicely with the darker branching of the trees canopy. Betula albosinensis Fascination is a refined clone of albosinensis, sporting dark green leaves, which are large for Birch and appear in April along with a showy display of yellow catkins which are up to 10cm in length.

Like all Birch this tree is a fairly consistent performer and will thrive in most soils. The branching structure is quite dense for a Birch tree, this and the fact the leaves are large and dark make this a useful species for screening.

Betula albosinensis Fascination is a medium sized, pyramidal shaped tree that has stiffly ascending branches and a uniform shape; it is perfect for any scheme where consistency and architectural structure is a key consideration.

The stunning dark branching and coloured bark makes a super feature during the gloomy winter months and should be given prominence against darker colours where the contrast will really accentuate the best features of this fantastic birch tree which is often over looked for the more popular and widely known Betula utilis Jacquemontii.