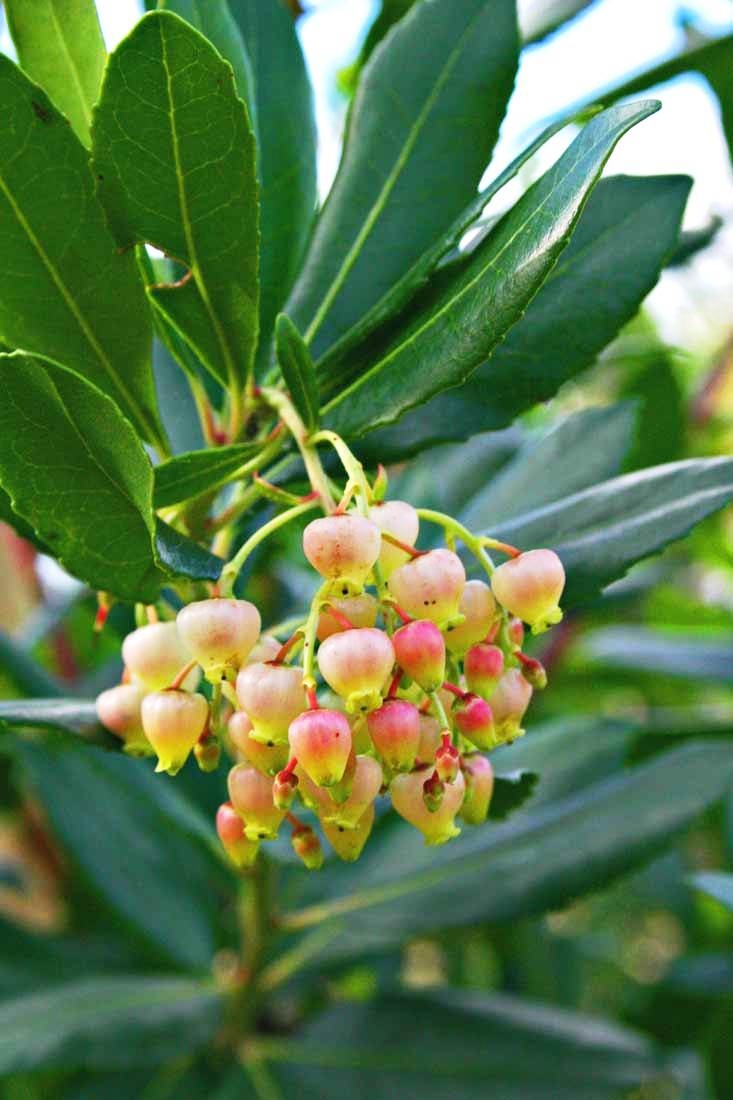 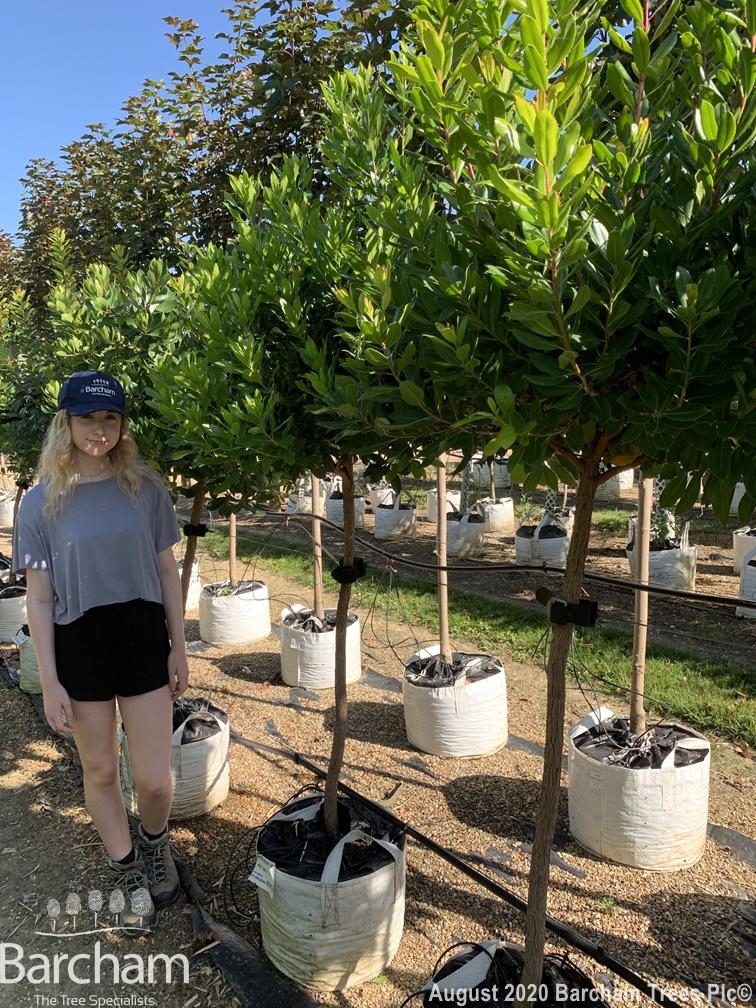 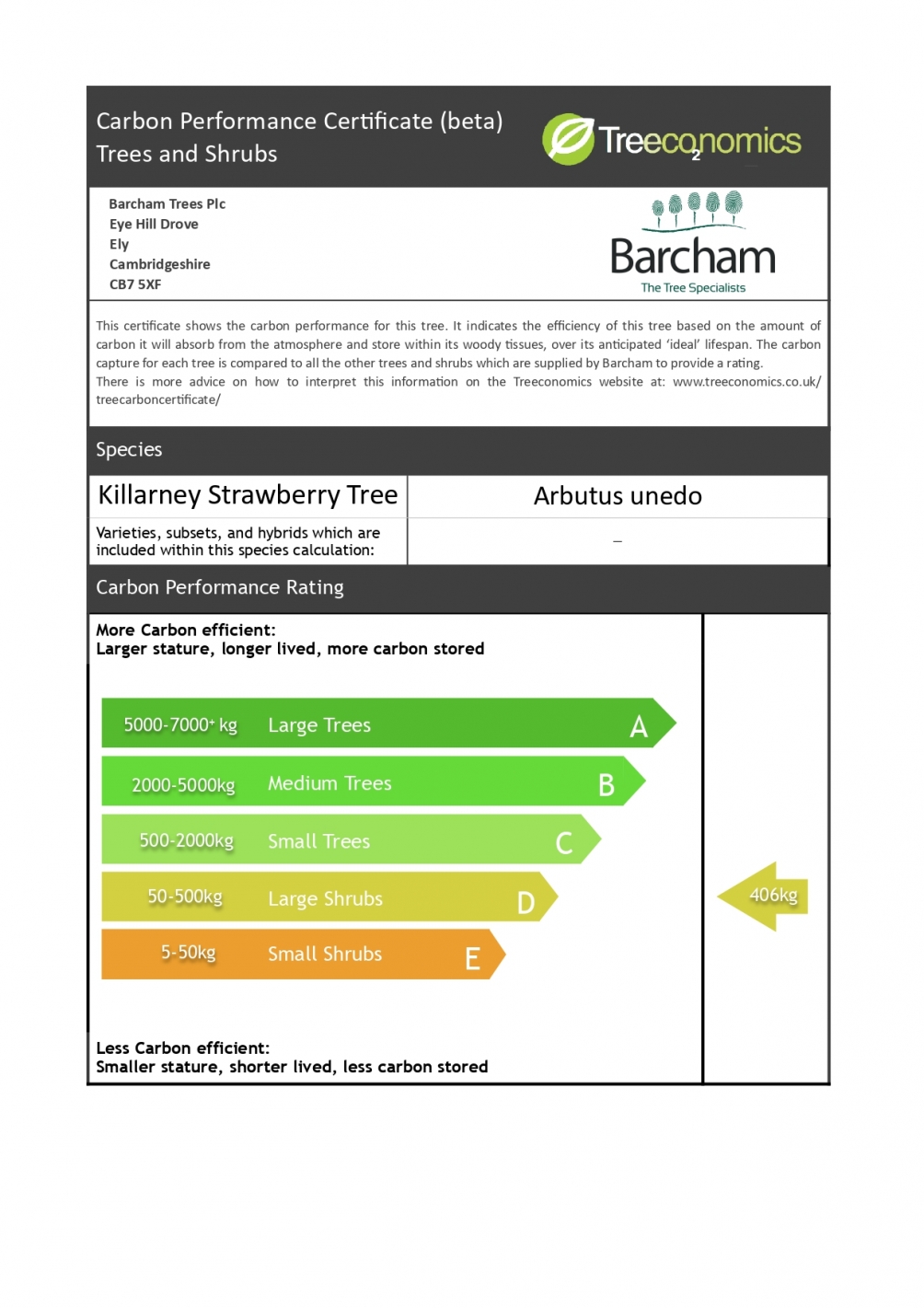 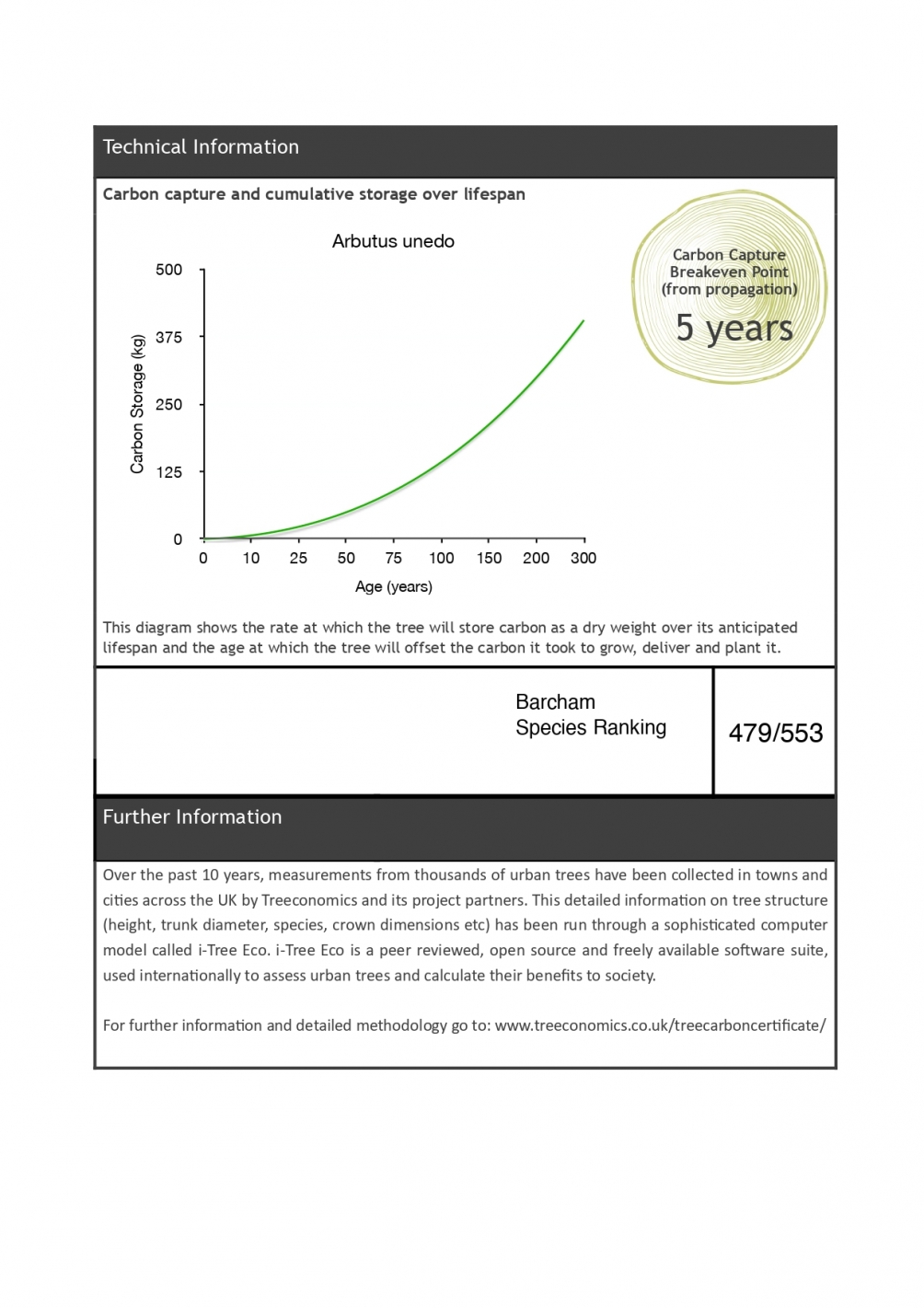 The flower of Arbutus unedo 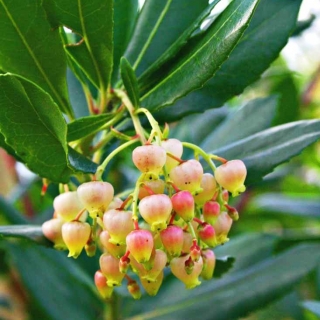 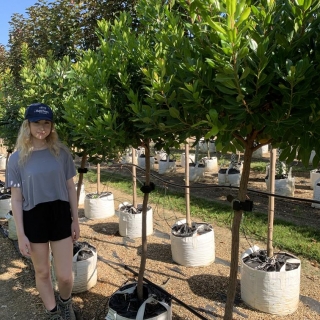 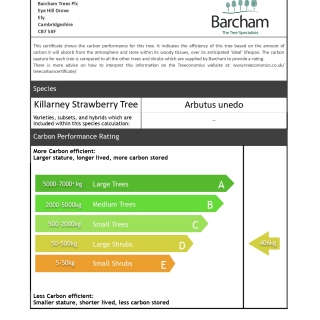 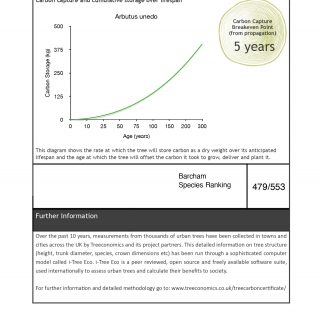 Arbutus unedo is commonly referred to as the Strawberry tree due to the strawberry like fruits which are produced in the autumn time, however don’t be fooled, they do NOT taste good!

This attractive evergreen tree has young shoots that are tinged red and harden to dark green. The small white, bell shaped flowers appear in small clusters and are produced together with the red fruit in the autumn, providing a contrasting display.

As this tree matures, the brown bark sheds, giving it a peeling, ragged appearance. The late flowering of this tree makes it useful for Bees in honey production and the fruit is also tasty for birds. Fruits can be used to produce jams, beverages and liquors for human consumption, however are not advisable to eat raw.

A popular garden tree which was awarded the RHS Award of Garden Merit in 2002 and of a First Class Certificate in 1933!

Arbutus unedo will tolerate most soil conditions, preferring a moist, well-drained soil and unusually for an ericaceous plant it does tolerate lime. The tough evergreen leaves help to make this tree a good choice for exposed and coastal sites.

This tree produces an oval headed specimen at maturity and can be useful as a screening tree. It is also a good choice in gardens where management is required to limit size and spread as it will tolerate hard pruning in late March/April (after the last frost), very vigorously growing back to its former glory.