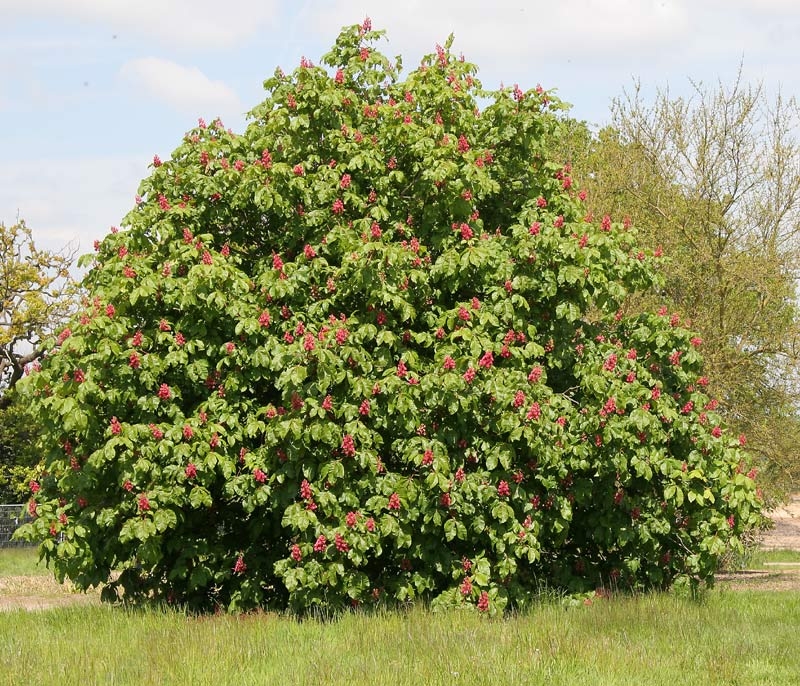 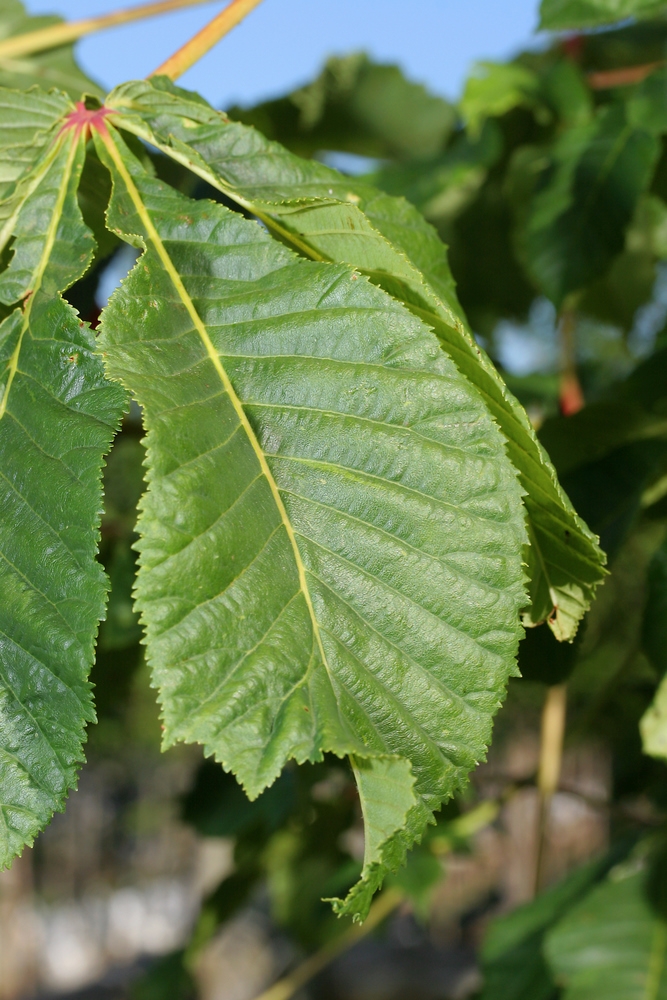 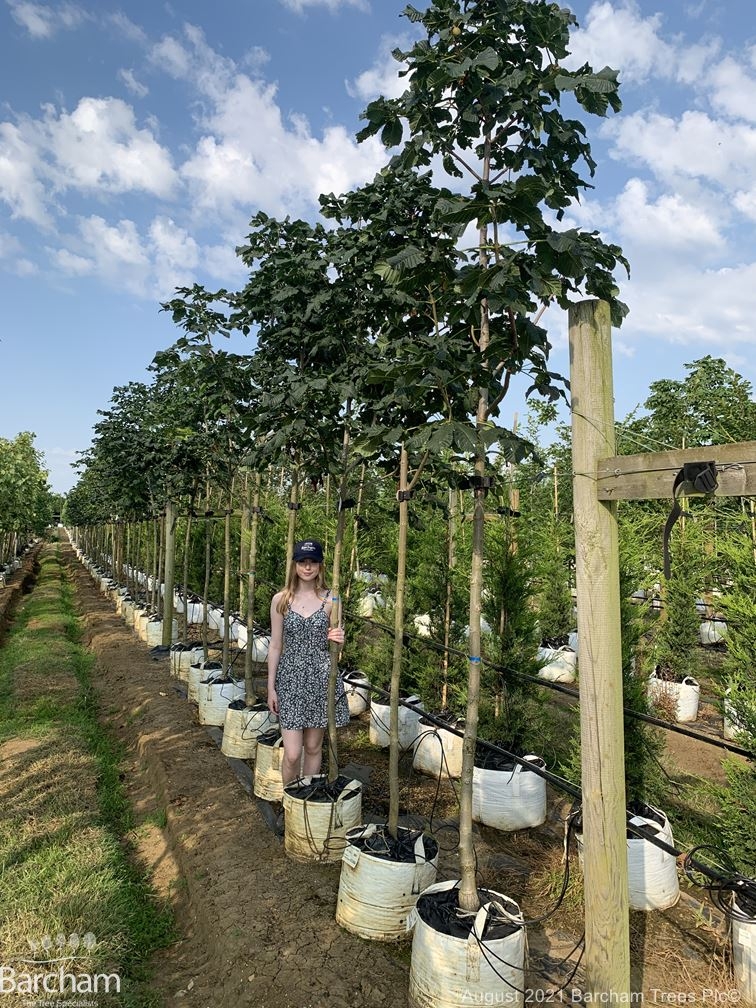 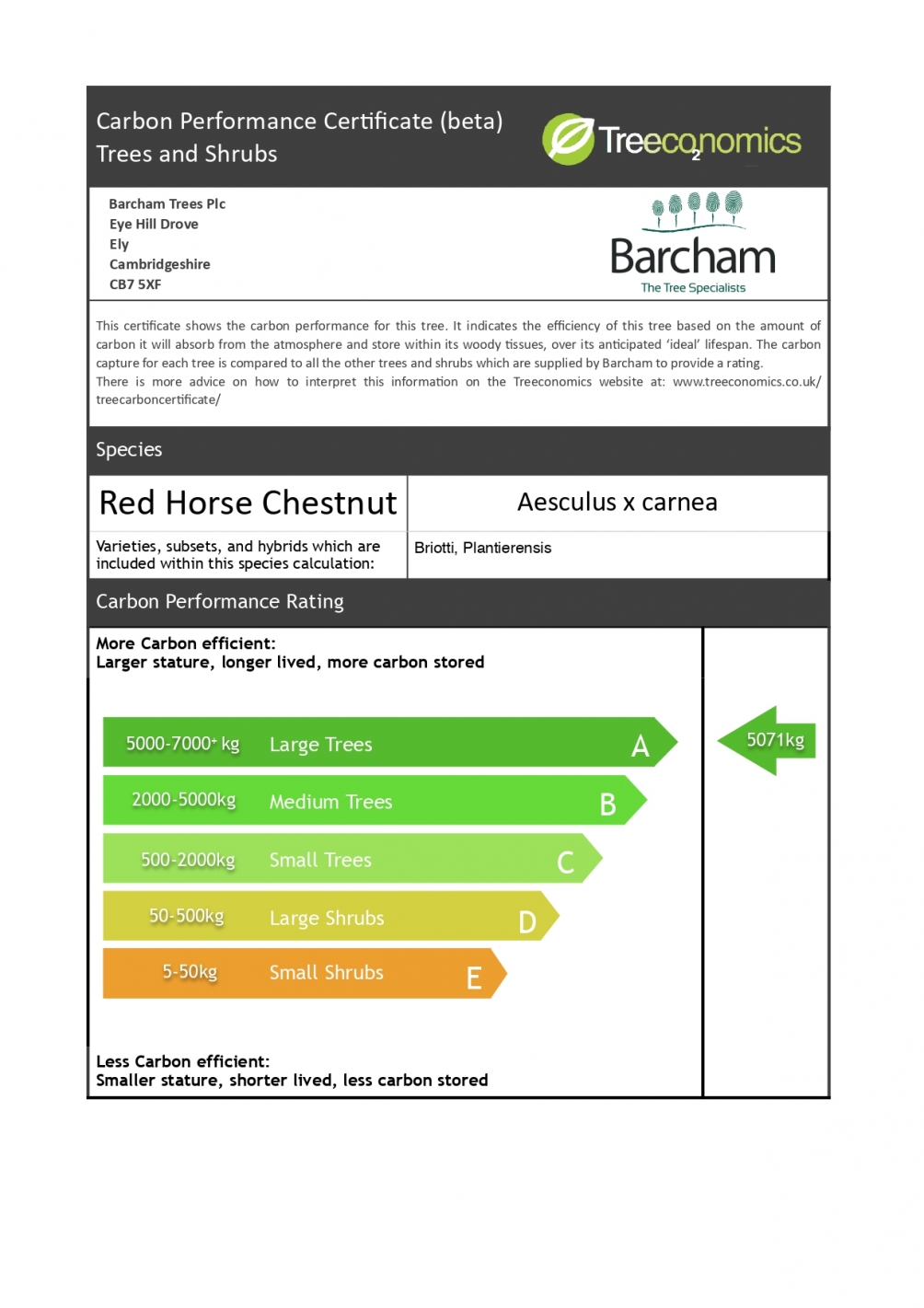 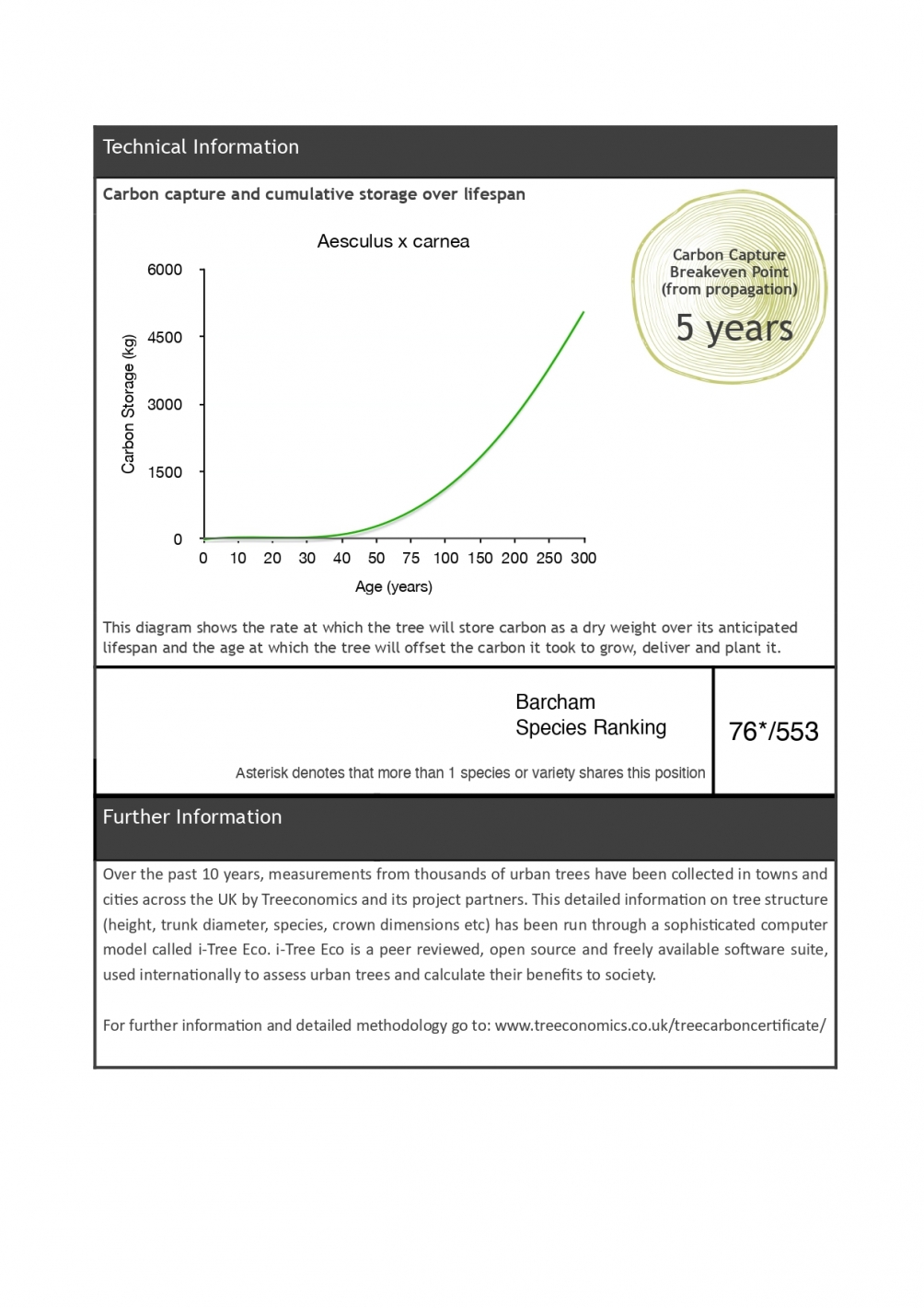 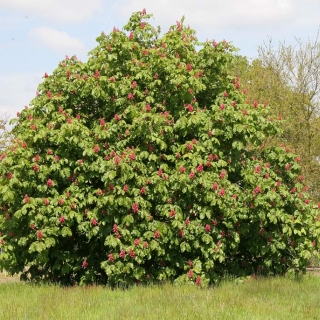 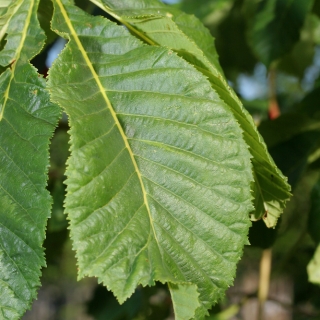 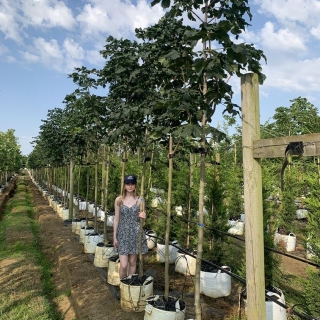 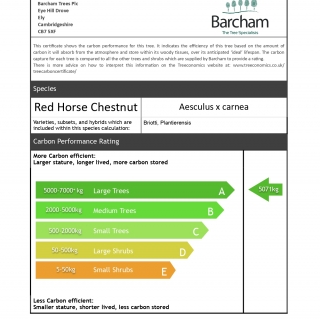 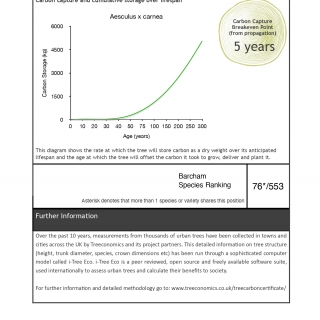 The Red Horse Chestnut was introduced in the late 1850’s, it forms a rounded shaped crown and is often planted to complement the white candle like flowers of Aesculus hippocastanum as they tend to flower at the same time.

It received the Award of Garden Merit in 2002 from the RHS. Aesculus x carnea Briotii has foliage which is characteristic of the Aesculus Genus, with each leaf containing a number of leaflets, it is however quite a dark green in colour.  The abundant, candle like rosy pink flowers appear in May, followed by small fruits that are less spiny than Common Horse Chestnut and are not reliably produced by this Chestnut.

The Red Horse Chestnut is a tough performer, will thrive in a range of soils types and conditions and is a welcome alternative to Aesculus hippocastanum as it is not so susceptible to pest infection.